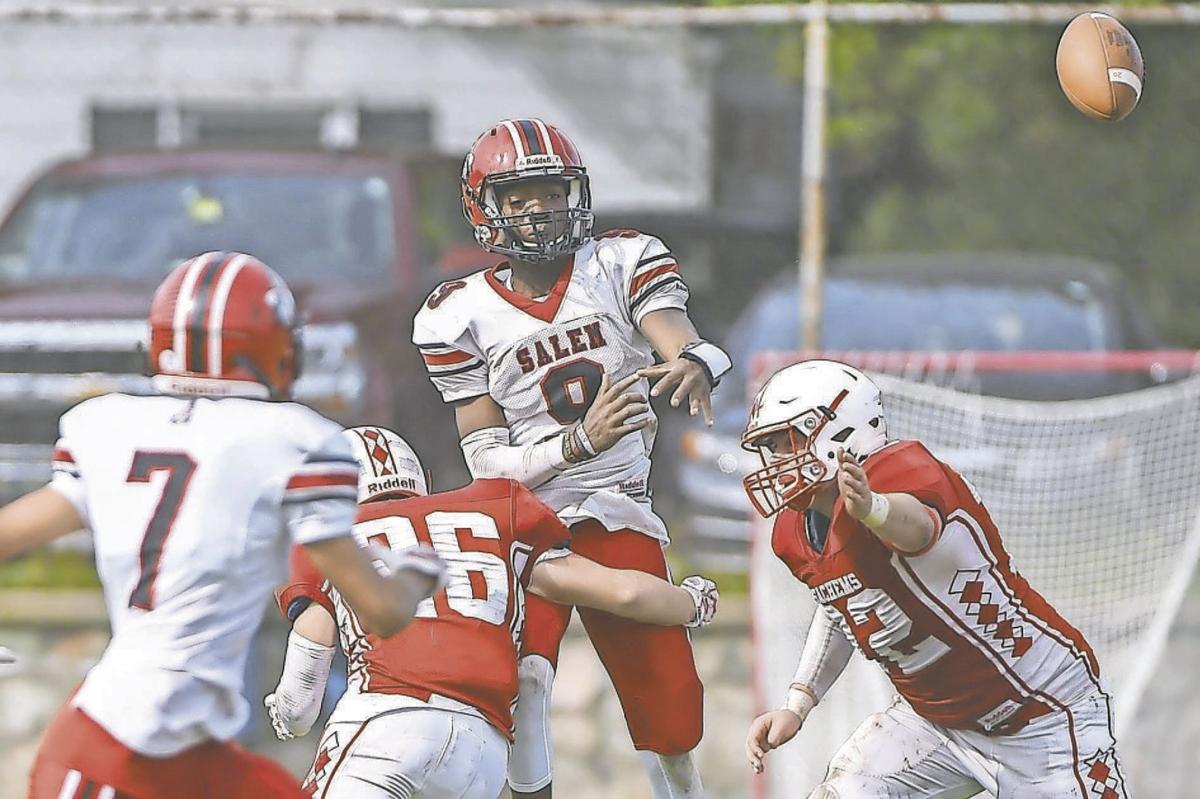 Salem quarterback Wayne Holloway will be back in action to help guide his team's offense. 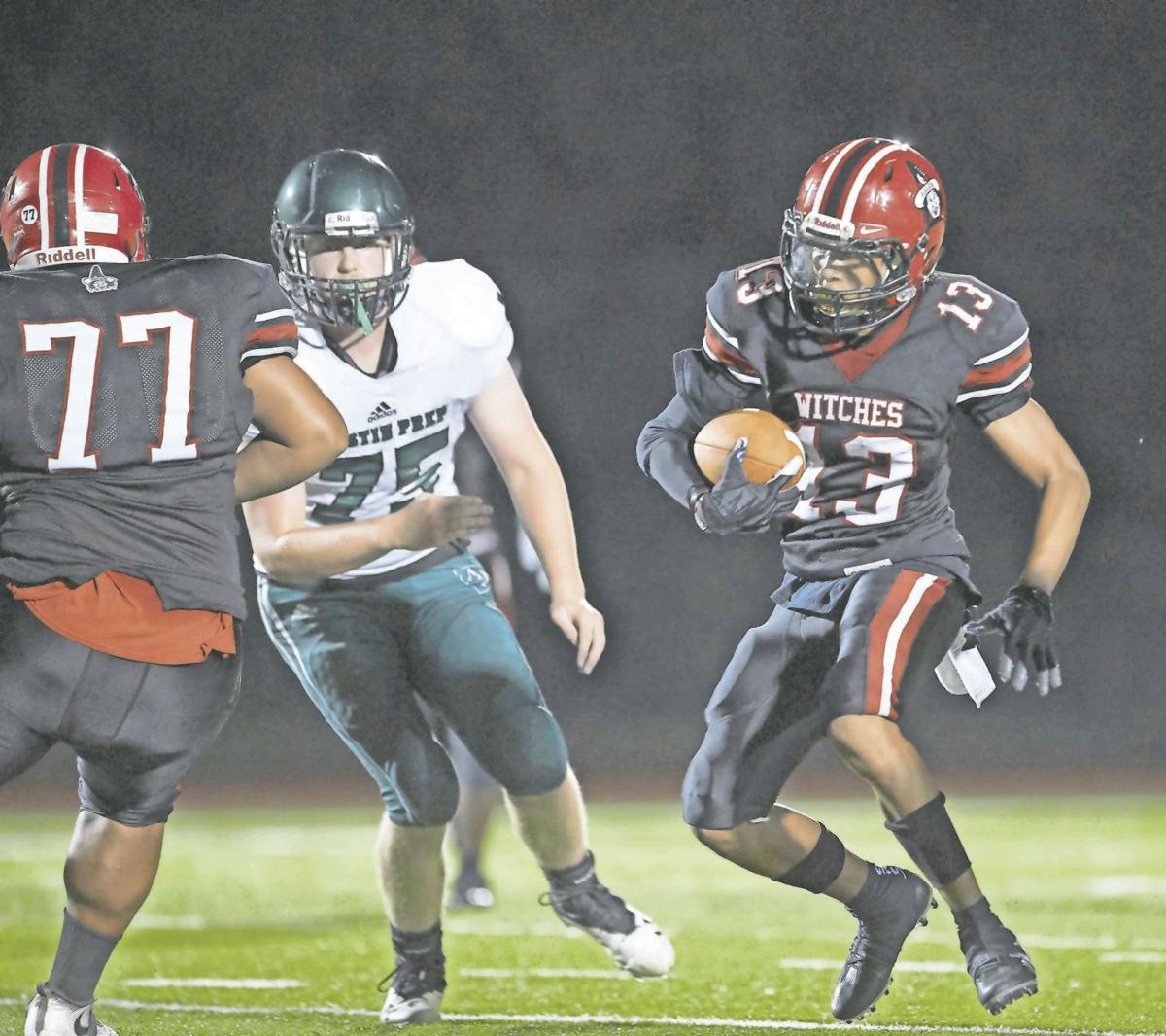 Salem's Devin Tolbert (13) could be a key piece for the Witches.

Salem quarterback Wayne Holloway will be back in action to help guide his team's offense.

Salem's Devin Tolbert (13) could be a key piece for the Witches.

Nobody is picking the Salem High Witches to win the Northeastern Conference in football this fall. But that doesn't mean they aren't capable of turning some heads.

A young, inexperienced varsity squad is buoyed by its superior team athleticism and speed. They have the quickness and potential to be a high flying offense, and head coach Matt Bouchard is eager to see what his new, youthful group brings to the table.

"If I had to make an early assessment, one of things we're really excited about is that we're just fast," said Bouchard. "A lot of the younger guys give us some pretty good speed, and across the board we have guys that can really move. We're going to migrate to some more spread sets and spread things out a bit more than in recent years past."

The 2018 Witches relied on some bigger, bruising backs — such as recent transfer Sam Ofurie, a Division 1 college prospect at linebacker — to eat up yardage. This fall they don't necessarily have that luxury, but should be able to make up for it with guys cutting through the seams and using their top tier sprinting ability to break free for big gains.

A pair of sophomores, Jeriel Delvalle and Dante Roper, along with junior Jayzel Pena, all have 4.6 (40-yard dash) or under type speed, which can go a long way in high school football.

Under center will likely be returnee Wayne Holloway, although he's facing some stiff competition from promising freshman Michael Ready.

Salem's top threat on both sides of the ball appears to be Connor McRae. Bouchard plans to move the versatile junior from outside linebacker to a Mike linebacker role, while giving him a bulk of the carries in the backfield.

"Connor McRae is without a question the true anchor of our defense," said Bouchard. "He'll compete with Gabe Sanchez for being our primary ballcarrier; both got touches and looked pretty good in our early scrimmages."

Joining McRae on the defensive side of things will be a strong returning core of D-backs. Devin Tolbert, Holloway, Jaydrian Garcia and some combination of Jeanaivis Cardenas and Jerry Lavale have been in the mix on the outside for four years now and are ready to get back to it this season.

"They're all seniors, all have played four years in the program and I think they'll be very exciting to watch this year," said Bouchard. "They've done a great job recognizing routes and have some good chemistry back there."

Junior Patrick Boardway is another player that's gotten off to a strong start. A starter at defensive end last season, Boardway brings a ferocious work ethic and leadership to the field every day; he could be a difference maker in what Bouchard thinks could be a breakout season for the now veteran.

"He's going to be a two-way starter for us. He's just one of those young men you think of when you say 'face of the program' with how hard he works and what type of guy he is," said Bouchard. "I don't think he's missed a workout since freshman year. He just does things the right way, works extremely hard and I think it's going to pay off for him this year. He's going to be a lot of fun to watch."

Other players worth mentioning include J.J. Garcia, Chris Doherty and the team's lone captain Melkin Bautista.

Salem opens its new campaign against familiar foe Peabody with hopes of starting 2019 with a bang.

Did you know?: The Witches open their new campaign with a road tilt at age-old rival Peabody. The two teams haven't met since the 2014 season — Matt Bouchard's first on the Salem High sidelines — but this will be the 99th clash in history between the two North Shore staples.