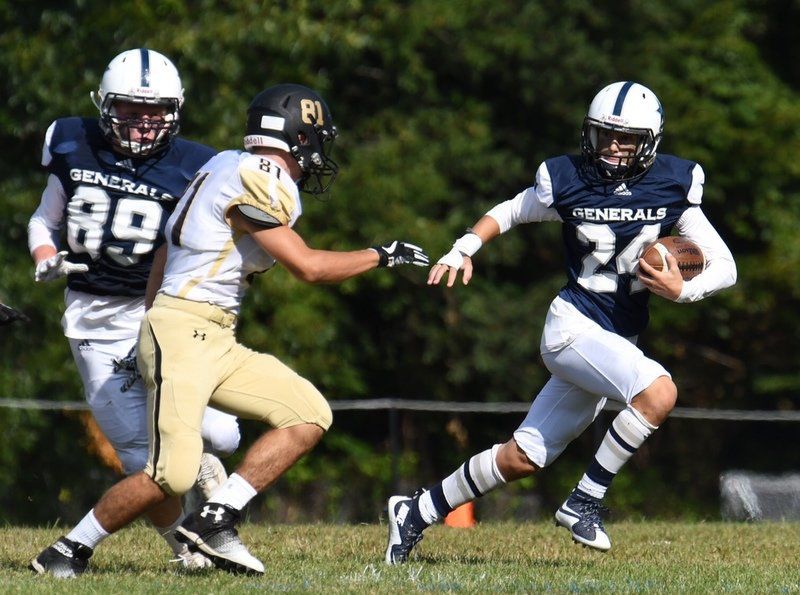 Speedy Colby Cala is ready to assume the lion’s share of the carries at running back for Hamilton-Wenham. 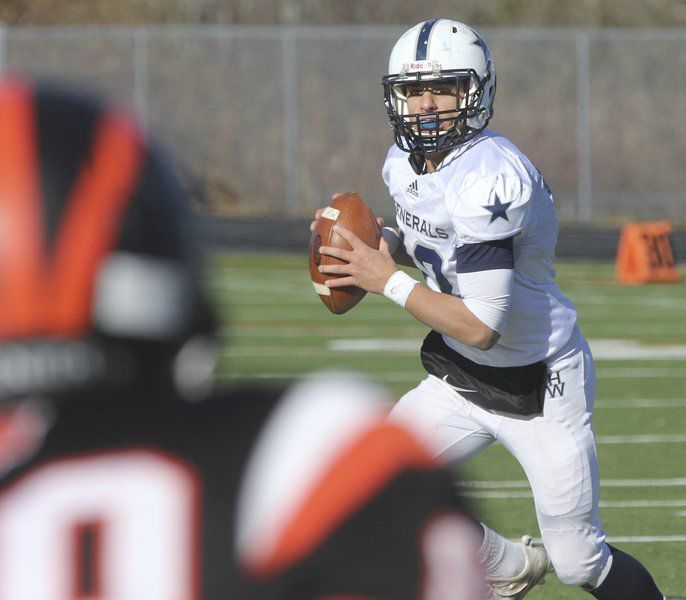 Senior captain Ian Coffey is excited to get back under center as H-W’s quarterback.

Speedy Colby Cala is ready to assume the lion’s share of the carries at running back for Hamilton-Wenham.

Senior captain Ian Coffey is excited to get back under center as H-W’s quarterback.

There are nine seniors on the Hamilton-Wenham football team getting a little impatient when it comes to getting through its Week 1 bye and arriving at the season opener against Bishop Fenwick.

These senior sages are wise beyond their years, though, and they know for the program’s 40 other guys that this extra time means extra reps — and hopefully by November, extra wins.

“For this team, it helps. We have a ton of guys who haven’t strapped on a helmet in a varsity game that might be starting,” said senior captain Finn Brophy. “Three scrimmages are huge for us, because it’s one thing to be on the field in practice — and going live against other guys is a whole other thing.”

Brophy, a tackle and defensive end, will share the captain’s duties with classmates Ian Coffey (QB and defensive back) and Ethan Moynihan (two-way tackle). The Generals graduated 9-of-11 offensive starters and 8-of-11 from their Cape Ann League Baker tri-championship defense, but that doesn’t dissuade them from the goal of being one of the first football teams in school history to three-peat atop the CAL.

“We want to get right back to where we are and then go farther,” said Brophy. “Everyone knows we lost a lot of talent, but what they don’t know is there’s a bunch of guys here ready to step into big roles.”

Coffey, who led H-W is rushing each of the last two years, had a new role at quarterback. He takes over for all-time passing leader Billy Whelan with a little bit of experience: Coffey had thrown 30 passes in his career with five touchdowns and remains a dynamic threat to pull the ball down and take off.

In terms of targets, senior Tristan McCarthy has looked good in the slot and junior Ryan Monahan has sure hands on the outside. Senior Colby Cala looks like the primary running back and can also catch passes out of the backfield and junior Mary Cooke should see some action as well.

“I think Ryan’s ready for a big role and Tristan is so quick in the slot. He gets open and has great hands,” said Coffey. “Everyone’s focused so practice has felt really good. Everyone’s on the same page ready to learn.”

The return of senior fullback Chance Augustine, who played as a freshmen but didn’t the last two years, also has the Generals excited. A powerhouse who will also play the defensive line, Augustine packs a big punch under his shoulder pads and plays with a high motor.

Rebuilding the offensive and defensive lines is the biggest concern for head coach Jim Pugh and his staff. Monahan slides from guard to tackle while Max Lech and Louis Preston are among the candidates on the interior.

Defensively, watch out for linebacker Costas Savignano, a starter last season who will see increased responsibility. Junior Jack Mulvihill, a starter in the secondary as a sophomore, also returns to an even bigger role.

“We’re excited going into the year,” said Monahan, “We’re a bunch of hard nosed guys, especially on defense. We love to hit.”

With Manchester Essex going independent, it’s almost a certainty the CAL Baker title won’t be decided until Thanksgiving when the Generals play Ipswich. Amesbury (a Division 5 North finalist last year) and an always tough Lynnfield team are the other landmines as H-W looks to make the playoffs again after getting to the sectional title game in both 2017 and ‘18.

“The league is tough. Pretty much everybody brings back some good players,” said Pugh. “We’re working hard and we’re got some kids coming up that we’re excited about. Every year I’ve been here, so far, we’ve made more kids coming out, so we’re moving in the right direction.”

Did you know: Jim Pugh's 23 wins over the last three years are the most to start a Generals coaching career in program history. It's also second most in any three-year stretch in H-W lore, trailing only the 24 games won from 2010-12.