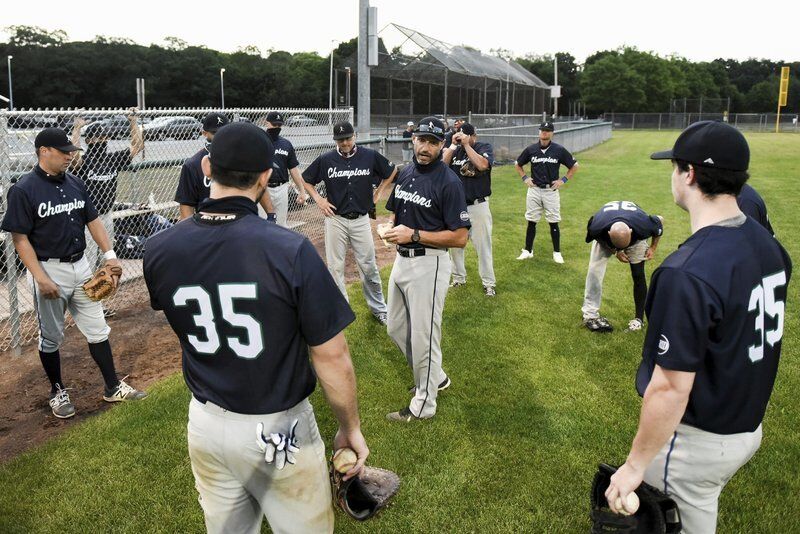 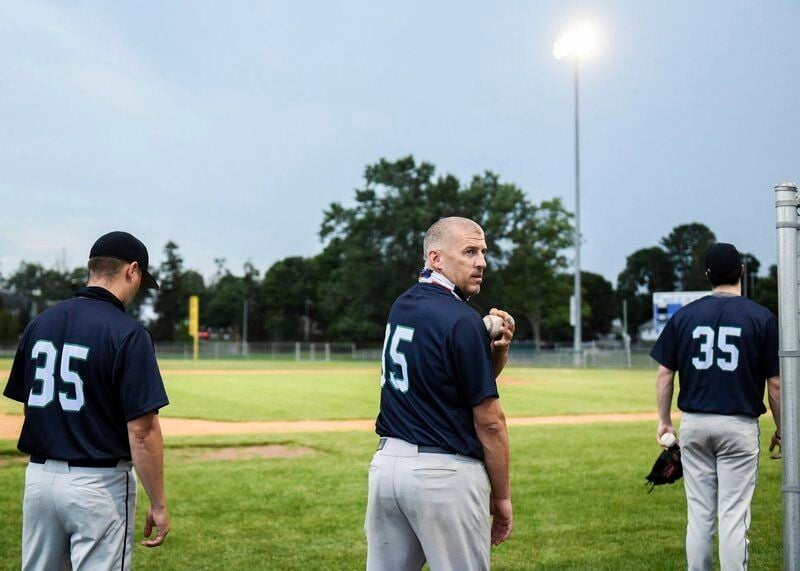 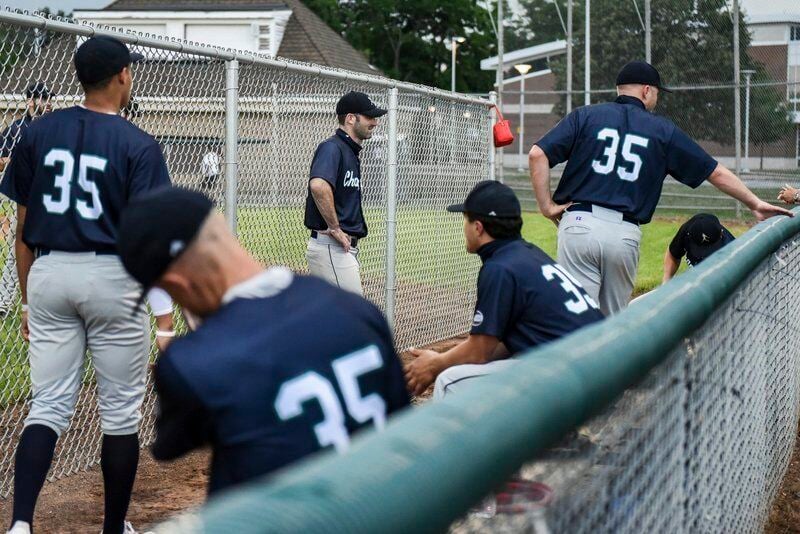 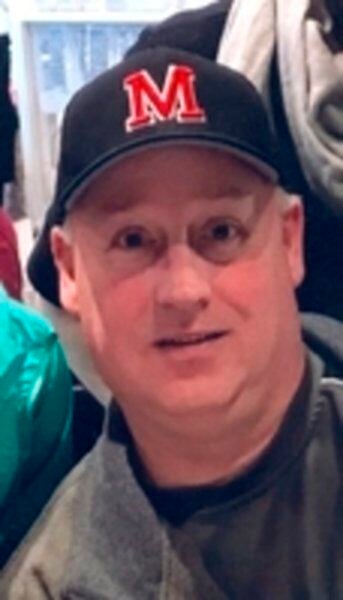 Whether its tradition, something they've kept since glory days in high school or college, or a little superstition, most athletes have a special connection with the number they wear on the back of their jersey.

This summer, Peabody Champions and the North Shore Baseball League are redefining what a special number can mean.

Every player on the Pub's roster is donning the No. 35 in tribute to their manager, confidant and friend Stephen Gridley, who passed away at age 48 in late May.

A giant in the North Shore baseball world, Gridley's contributions went well beyond co-managing one of the most successful teams in the men's league that traces its lineage all the way back to the 1800's. He was a youth coach in both the Lightning and Vikings Baseball organizations and helped co-manager and friend Mike Giardi as an assistant on Marblehead High's baseball and basketball squads -- often against his fellow Champions players or other NSBL rivals.

"I think about Grids every day," said Jon Cahill, a longtime Pub player and Beverly High's varsity coach. "Anyone who got to know him knew he was a first class human being. He was the anchor not just for Pub but for the whole league."

Since the North Shore League was able to begin its season in early July, tributes to Gridley have popped up all over the league which stretches from Lynn and Swampscott all the way to Newburyport and Kingston, New Hampshire. The North Reading A's retired Gridley's No. 35, some teams have given Pub their No. 35 jerseys and Newburyport's squad hung a "Grid: Forever In Our Thoughts" banner in the outfield.

The rivalries in the NSBL are fierce; competition runs strong and many of the guys played pro ball or at a high level in college. The fraternity that's shown support for their beloved late baseball brother is what sets the league apart as one of the truly special gems in North Shore sports.

"The love throughout the league has been amazing. There's been some really special speeches before games, some great memories shared," Cahill said. "It's a testament to the kind of person Grids was. People should recognize the selflessness he portrayed and how paramount it is to care about other people."

A 2016 NSBL Hall of Fame inductee, Gridley managed Pub along with Giardi for 18 years with seven league titles and more than a dozen trips to the finals. Wheelchair bound since 1998 because of a spinal tumor, he took great pride in teaching the game he loved to a new generation of players at all levels.

"He took me on right after high school and welcomed me back when I was done with college and my pro tryout. Grids gave me a place to play and helped me come to peace with my baseball career. I'll be forever grateful for that," said Mike Gallo, who's been pitching for the Champs for nearly a decade now.

Whether it was integrating new young talent to help Pub's always grizzled veterans fight to stay on top of the league, tutoring teenagers in the finer points of the game at the AAU level, or introducing the game to kids in summer clinics in Salem and Marblehead, Gridley excelled.

Part of it was his tremendous knowledge of game. His genuine interest in each player at a personal level, and ability to connect and make a player feel important was what truly forged so many special bonds.

"A great friend who always put others first and took an interest in everyone's lives," said Gallo.

"A rock star of a person. He genuinely care about every single one of us," echoed Marc Crovo, another Pub standout, ex-Salem State star and the Vikings program director. "Every conversation started and ended with him asking about my wife and my girls. He was my go-to guy whenever there was a tough decision in business, baseball, life ... just an absolute mountain of a man."

A 1989 Bishop Fenwick graduate, Gridley excelled at football, basketball and baseball for the Crusaders but the hot corner of third base was where he always shined brightest. He went on to play four years of baseball at Salem State, where he had a .357 career batting average and earned an All-New England nod in 1992.

That's when he joined the North Shore League, for the then-Salem Lonnies, where he played alongside Giardi and helped win a league title in '91. A decade later, in 2001, the duo took over the Peabody Champions, who play their home games at Danvers' Twi Field. They oversaw a dynasty that included a three-peat and all seven titles in a ten year span.

The winning was great, the Pub's vets say, but it's the brotherhood that keeps them coming back. The steak tips, parking lot parties, Keno nights, laughs and all the moments away from diamond that always had Gridley's big smile right in the middle.

"Playing for Pub has been a blessing for me," said Cahill, "and it's mainly because of all those relationships."

One of Gridley's favorite quotes went that, 'What we do for others and the world remains and is immortal.' Look at any diamond in the North Shore League this summer, see all the No. 35's out there playing the game he loved, and it's easy to see how true that is.