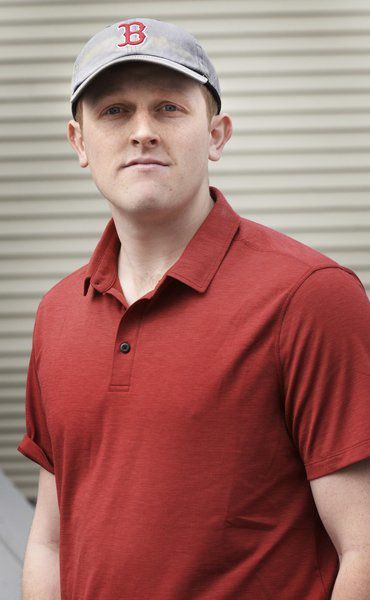 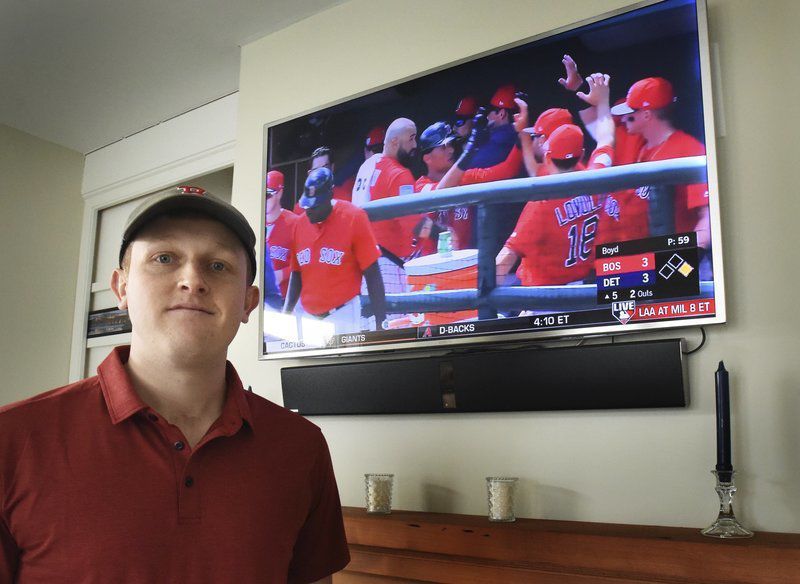 BRYAN EATON/Staff photo. Evan Roberts, Catholic Conference MVP as a senior, will be working for the PawSox as a intern as he looks to break into pro baseball operations.

BRYAN EATON/Staff photo. Evan Roberts, Catholic Conference MVP as a senior, will be working for the PawSox as a intern as he looks to break into pro baseball operations.

Once upon a time, Evan Roberts was one of the best high school baseball players in Massachusetts. The Catholic Conference MVP as a senior at St. John’s Prep went on to enjoy a successful college career at Division 1 Davidson College; baseball has been a huge part of his life for as long as he can remember.

But with his playing days officially over, Roberts will still have an opportunity to stay involved in the game he loves.

Roberts was recently hired by the Pawtucket Red Sox to serve as an intern in the team’s video production department. Roberts traveled to Fort Myers, Florida a few weeks ago for orientation, and once the season begins he will attend every PawSox game, home and away, to record and produce videos for player development and other purposes.

“It’s going to be season-long, so April to September,” Roberts said. “It was described as a foot in the door position, so hopefully I can make a good impression and stick around for as long as they’ll have me.”

Roberts got the opportunity after he connected with fellow Davidson alumni Gus Quattlebaum, an Andover native who serves as Vice President of Professional Scouting in Boston's front office. Roberts expressed interest in breaking into the industry, and after a few months of back and forth, the PawSox opportunity presented itself.

It’s the latest breakthrough for Roberts, who has already made the most of every opportunity he’s gotten so far.

During his days at St. John’s Prep, Roberts was one of the most effective pitchers in the state. With a quick pace and total command on the hill, he led the Eagles to the Super 8 tournament while going 8-2 with 50 strikeouts in 59.2 innings, plus a 1.17 ERA and 0.97 WHIP.

Though not heavily recruited coming out of high school, Roberts earned a shot as a walk-on at Davidson and immediately established himself as a crucial member of the pitching staff. The lefty appeared in 20 games as a freshman, earning his first career win against No. 21 ranked North Carolina, and as a sophomore he earned the opportunity to start towards the end of the season.

Then, as a junior, he played a key role in one of Davidson’s most successful seasons in program history, helping lead the Wildcats to the NCAA Super Regional. Roberts was a regular starter as Davidson won the A-10 Tournament, and in the NCAA Regional Semifinals he posted a dominant performance against Florida Gulf Coast University, allowing just one run in a career-high eight innings.

Davidson went on to stun North Carolina to advance to the Super Regional, where it faced Texas A&M in a three-game series. The Wildcats wound up losing Game 1 in a 15 inning marathon, the longest game in Super Regional history, and Roberts took the mound for Game 2, where he struck out five over 7.1 innings in the eventual season-ending loss.

Roberts was named captain for his senior year and was one of the team’s top starters all season. Davidson wound up setting a school record for most regular season wins, and in his final start, Roberts tossed a complete game to beat Richmond in the A-10 Tournament. It also turned out to be the final win for longtime coach Dick Cooke.

“It was an unexpected journey for sure, going from walk-on to captain and being a part of some successful seasons,” Roberts said.

Despite his success in high school and college, Roberts never seriously considered pursuing a professional playing career. He noted that he only throws in the low 80s, and while he was contacted by some international leagues, he turned them down.

Instead, he hopes to make his mark in baseball off the diamond, and if all goes well, this PawSox opportunity will be the first step towards making that dream a reality.

“To be able to work in the industry is what I thought about a lot and I’m excited for the opportunity to hopefully make some impression,” Roberts said.