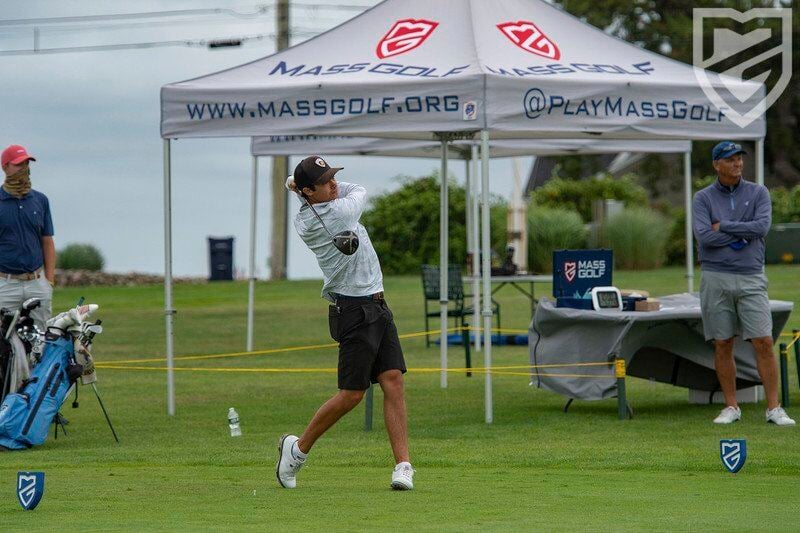 David Colt/Mass Golf. Chris Francoeur went 5-under par on Thursday at the 53rd Ouimet Memorial Tournament and sits just one shot back of the leader heading into Friday's final round. 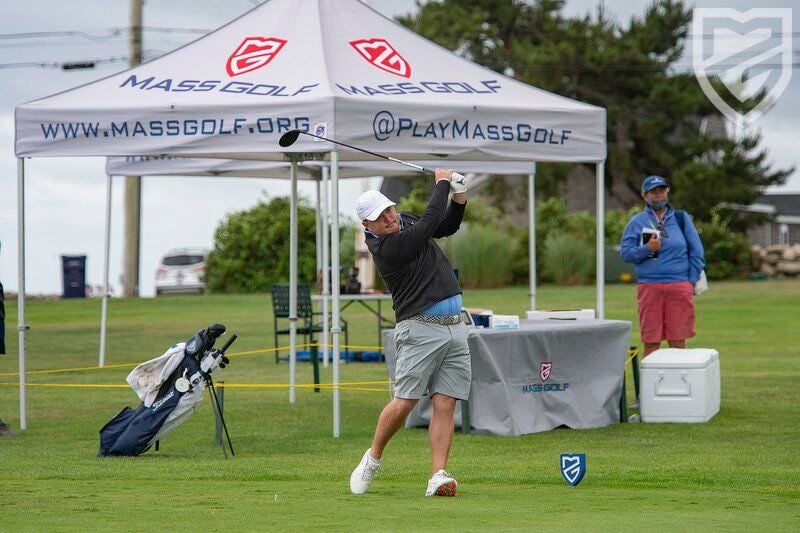 David Colt/Mass Golf. Nick Maccario sits in a tie for fifth place heading into Friday's championship round of the 53rd Ouimet Memorial Tournament.

David Colt/Mass Golf. Chris Francoeur went 5-under par on Thursday at the 53rd Ouimet Memorial Tournament and sits just one shot back of the leader heading into Friday's final round.

David Colt/Mass Golf. Nick Maccario sits in a tie for fifth place heading into Friday's championship round of the 53rd Ouimet Memorial Tournament.

If it seems like Nick Maccario and Chris Francoeur have been atop golf's amateur circuit leaderboards every week for the past month, that's because they have.

Maccario, a former St. John's Prep star like Francoeur after him, finished runner-up at both the Massachusetts Amateur and New England Amateur Championships earlier this month. Francoeur was a semifinalist at the former while also making the two-day cut at the New England Am.

This week, the two talented linksmen were at it again; and despite the immense amount of golf each have played this July, neither has shown the slightest bit of fatigue.

Francoeur followed up an even par 72 in Wednesday's opening round of the 53rd Ouimet Memorial Tournament at Framingham Country Club with a 5-under 67 on Thursday; Maccario managed a 1-over 73 in his opener before matching Francoeur's 67 the following afternoon.

Both players sit comfortably inside the top five heading into Friday's championship round at Woodland Golf Club.

"I hit it a lot more solid (Thursday)," admitted Maccario, who is at 4-under for the tournament, two back of leaders James Imai and Joseph Lenane. "The first round I was a little more uncomfortable off the tee and sort of indecisive on where to hit it. But I took some good notes and really committed (Thursday) and was able to make some putts. I'm feeling confident going into tomorrow."

Francoeur took a similar approach in his two rounds thus far, opting for a more conservative technique on Wednesday before honing in on the more scorable holes for Round 2. Both players noted the difficulties surrounding the course layout, citing the numerous hills and blind shots as an added challenge. The less-than-lightning green speeds, however, made putting that much easier and attributed to lower scores across the board.

In total, 11 golfers went under par on Thursday compared to nine on Wednesday, with four of those rounds coming in the 60s.

"Wednesday was my first time playing the course so I just made sure I stayed out of trouble off the tee," said Francoeur. "I hit the ball really well both rounds but got a few more putts to fall today. But the course was not what I was expecting. Super hilly, bunch of blind shots, and a lot of downhill tee shots to raised greens."

For Maccario, the layout wasn't quite as much of a concern as he had played Framingham many times before. But not being allowed a caddie for the first two days of competition made walking the course in thick humidity that much more draining, and Friday's final round will certainly be another test of stamina and will power.

"The hills, man; I'm getting old," joked the 28-year-old Maccario. "It's crazy. The first three or four holes is just gradually up this mountain then you come back down then back up again on the back nine ... it's definitely a trek."

In addition to the other 28 golfers moving on to the final round after the two-day cut of 7-over par, both Maccario and Francoeur will welcome a change of scenery when they tee off at the beautiful Woodland GC. That's not to say the conditions weren't stellar at Framingham (both players raved about that), but it appears Woodland might make for a more manageable 18 holes of golf -- especially knowing that caddies will be permitted on Friday.

"(The Ouimet Memorial) always finishes at Woodland; I love that place," said Maccario. "It's my favorite course to play all year. It's always in great shape, very playable and every hole is good. There's not a bad hole on the property so it's just super enjoyable to play there."

"I had a good finish there in the final round last year, but definitely still need to bring my A game tomorrow," added Francoeur, who finished in a tie for 17th at the 2019 Ouimet Memorial after a final round 70 at Woodland. Maccario, meanwhile, finished alone in eighth.

"I think I'm in a good spot being one back and Woodland is a great place so I'm excited. It would feel great to win it especially after how close I was in the Mass Am., but I'm just going to take it one shot at a time."