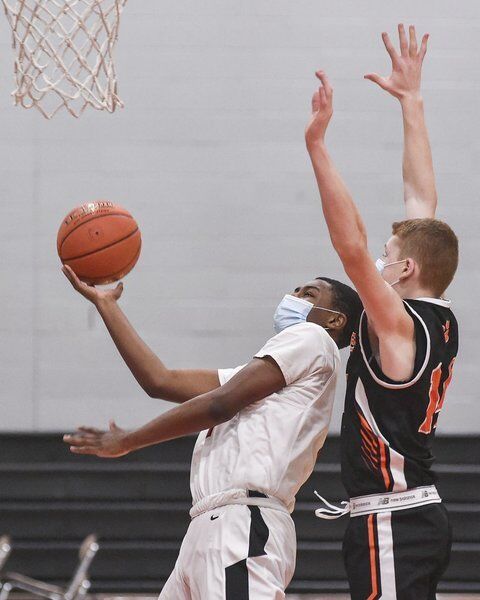 Marblehead’s Tyrone Countrymon goes up for a layup during a game against Beverly last season. Countrymon has helped the Magicians get off to a 3-1 start this year. 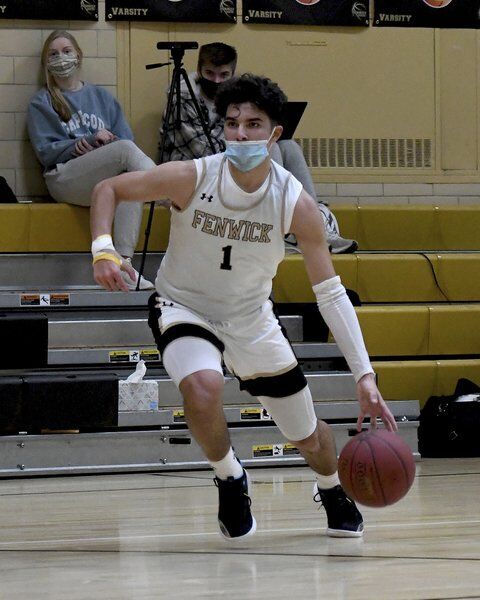 Bishop Fenwick’s Jason Romans is currently on pace for a historic 50-40-90 shooting season for the 4-1 Crusaders. 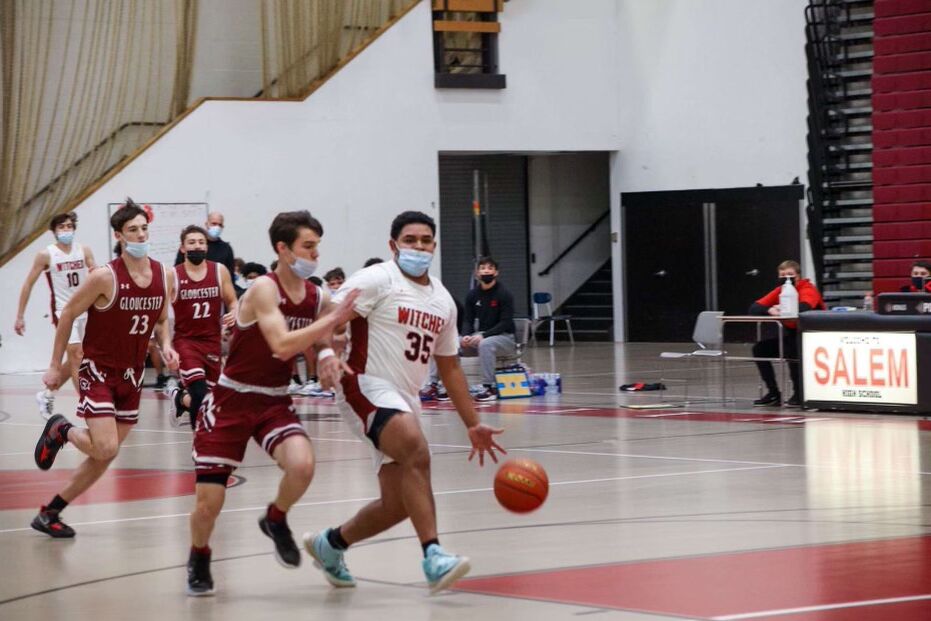 Salem's Angel Tejada has been shooting the lights out in recent contests.

Marblehead’s Tyrone Countrymon goes up for a layup during a game against Beverly last season. Countrymon has helped the Magicians get off to a 3-1 start this year.

Bishop Fenwick’s Jason Romans is currently on pace for a historic 50-40-90 shooting season for the 4-1 Crusaders.

Salem's Angel Tejada has been shooting the lights out in recent contests.

With heavy snowfall expected to hit the North Shore early Friday, it’s unlikely that any local sports games will take place later in the day or evening.

For our boys basketball teams, that means yet another missed opportunity to hit the floor in what has already been an extremely taxing and frustrating campaign.

Since last Friday alone, programs such as Beverly, Pingree, Ipswich, Swampscott and Salem Academy have yet to play a game thanks in large part to the ongoing issues surrounding COVID-19 and the omicron variant. Most of our other local squads have played just one contest since then, and it doesn’t appear the fluidity of competition will regain proper traction anytime soon.

However, that minimal live action over the past seven days has given us enough on-court material to dive into as we embark on the new calendar year. Here’s some of the top storylines from the lens of a hoop head.

With Tuesday’s convincing 70-33 win over Gloucester, Salem remains unbeaten at 5-0. That includes its clean three-game sweep down in Florida for the KSA Events Classic, as well as another win over Northeastern Conference rival Danvers.

Senior Darlin Santiago continues to prove himself as one of the more talented players in the area, holding per game averages of 15.4 points and 3.0 assists while knocking down 13 triples on the season. He’s extremely comfortable with the ball in his hands and is one of the better players in the league in terms of creating his own shot off the dribble. Santiago also thrives in transition, both when leading the fast break and dishing to the open man, or when getting out in front of the D and finishing it off at the rim.

Another pleasant surprise for the Witches has been fellow senior Angel Tejada. The sharpshooting guard has been an absolute weapon from long distance, cashing in on 15 of his 33 3-point attempts (45.5 percent), including five made triples in each of his last two games. Tejada has one of the smoothest releases I’ve seen in the area this winter; he gets great rotation on the ball and any time he gets a good look, expect it to go in.

Junior Chris Qirjazi has been a defensive stopper and do-it-all workhorse for the Witches. He’s recorded a team-best six blocks and regularly guards the opponent’s top players. Head coach Tom Doyle was particularly impressed with Qirjazi’s efforts in Tuesday’s win over Gloucester.

“Unbelievable all-around game,” Doyle said of Qirjazi, who scored 8 points and grabbed 10 rebounds on Tuesday. “He was all over the boards and we keyed him on (Gloucester’s) best player and I thought he did a great job defensively as well.”

Not to be left out, freshman standout Brayson Green has turned in some terrific minutes off the bench. The long, athletically gifted swingman is averaging a modest 6.6 points, 4.8 rebounds and 1.4 assists for Salem while connecting on five of his 10 long balls. Green is the type of player who can change the momentum of a game with one play, and he’s quickly blossomed into an every night rotation guy in just his first varsity campaign.

“Brayson’s playing excellent. I mean, he’s really playing good basketball,” said Doyle. “He causes matchup problems for other teams ... he can handle it, he can play outside, play inside, he can shoot it, and he passes very well, too. I think he’s done an outstanding job to start the year for us.”

With Friday’s game against Peabody now postponed, Salem’s next chance to run its win streak to six will come Tuesday at Marblehead.

Speaking of Marblehead, the Magicians are off to an impressive 3-1 start after heading into the new season with a number of question marks.

Most recently, head coach Mike Giardi‘s group handled Winthrop with ease Tuesday evening, earning an 82-47 triumph after getting off to a scorching hot start to the game. Much of that early success can be attributed to one Bo Raitto, who exploded for six 3-pointers in the first quarter alone on his way to a 23-point performance.

Tyrone Countrymon (10.5 points, 5.5 rebounds, 2.8 assists) has also been scoring in double figures for Marblehead, while Kipp Schauder has provided a nice boost on the glass, averaging seven rebounds a night.

Moving forward, the Magicians will benefit from having senior Brady Lavender back in the lineup as well; Lavender suffered a torn ACL last year but returned to action against Winthrop and should start seeing more and more run as he gets back into basketball shape.

Full Court Press is a high school boys basketball column that appears in The Salem News every Friday during the winter season. Contact staff writer Nick Giannino at NGiannino@Salemnews.com and follow him on Twitter @NickGiannino_SN.