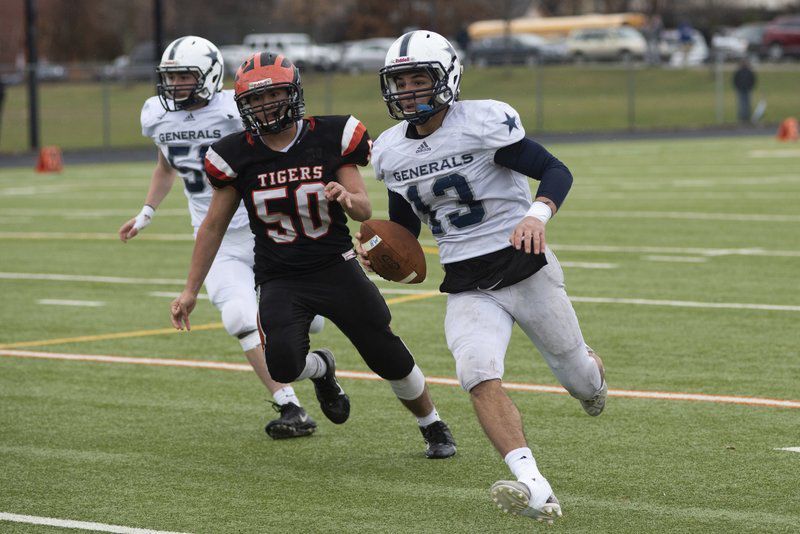 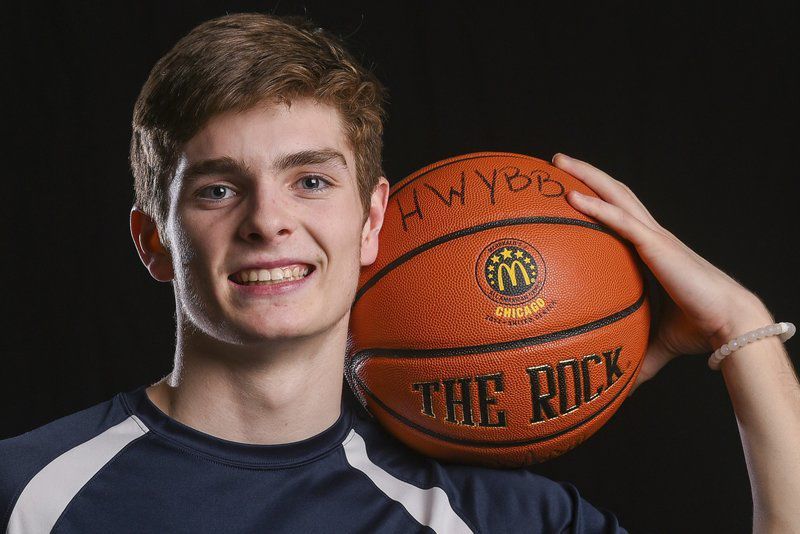 Two record-setting quarterbacks diverged their own paths out of the woods that contain Hamilton-Wenham Regional High School, and for both Billy Whelan and Ian Coffey that has made all the difference.

Graduating a year apart, the pair each recently made their collegiate sports paths to the NESCAC official. Whelan, in the midst of a post-graduate year at Williston-Northhampton, has committed to play basketball at Connecticut College while Coffey, graduating from H-W in a few months, will head to Trinity College for football.

For Whelan, who was a three-sport standout for the Generals in football, basketball and tennis, the prep school setting gave him more time to focus on his hardwood game.

"Basketball has always been my passion. I've always wanted to play basketball in college but coming out of Hamilton I didn't have many looks. I thought a year focusing on strictly basketball would really be a benefit," said Whelan, who is helping Williston contend for a spot in the hyper-competitive Class A of the New England Prep School Athletic Conference.

A tremendous scorer at H-W, Whelan averaged over 20 a night while earning Cape Ann League Baker MVP honors and graduating with 1,056 career points. The stiffer competition and all-around dedication has elevated his game even further.

"I'm bigger, stronger and faster," Whelan said. "Playing at this level has improved my ball handling a lot because you're taking the ball up against some really good players. My court vision and passing has improved a lot as a result."

In joining the Camels, Whelan will be playing in one of the most competitive men's basketball conferences in the country; NESCAC teams routinely go deep in the Division 3 NCAA playoffs and the league currently has three teams in the top-25. His school's Salem News Student-Athlete Award nominee last year, Whelan loved the combination of athletics and academics at Conn. College and is undecided about his major.

"I'm really excited about Connecticut," Whelan said. "They have a new coach this year so it seems like the program's off to a fresh start. It's a rebuilding stage and that appealed to me because I could get to play right away and hopefully play a role in our turnaround."

One might have assumed Whelan's Hamilton-Wenham single season record of 1,655 passing yards would stand for a while, but his best receiver and friend Coffey took it down this fall. Shifting under center, Coffey threw for a record 1,890 yards while accounting for 2,680 total yards, 29 total TD's and earning the CAL Baker MVP and Salem News Offensive Player of the Year Awards.

While he's currently helping the Generals basketball team hone in on their own CAL Baker title and is looking forward to baseball in the spring, for Coffey football was the only path he wanted to pursue for college.

"For me it's always been football. That's my biggest love," said Coffey, the first General to ever be chosen for the Mass. State Football Coaches Association's Super 26 all-star team. "I love those other sports too, but football's always been the top."

Trinity head coach Jeff Devanney certainly trusts the opinion of H-W head coach Jim Pugh, who sent Evan Bunker to the Bantams ten years ago when he was coaching Masconomet. Bunker set every Trinity and NESCAC career rushing record so there's no question the Bantams are thrilled to get another Pugh disciple in the pipeline.

Starting at running back as a freshman and sophomore, at receiver and back as a junior and then at QB in 2019, there's not much Coffey can't do on a football field. He accounted for 57 touchdowns in his career and with his blend of athleticism and hands figures he'll wind up as a slot receiver at the college level.

"That's what I'm thinking but where ever they want me is where I want to be. Anything I can do to get on the field," said Coffey, who is also undecided about his major but may pursue economics.

"I took an overnight visit in December and I love it. It's definitely the right fit for me. I'm really excited about it."