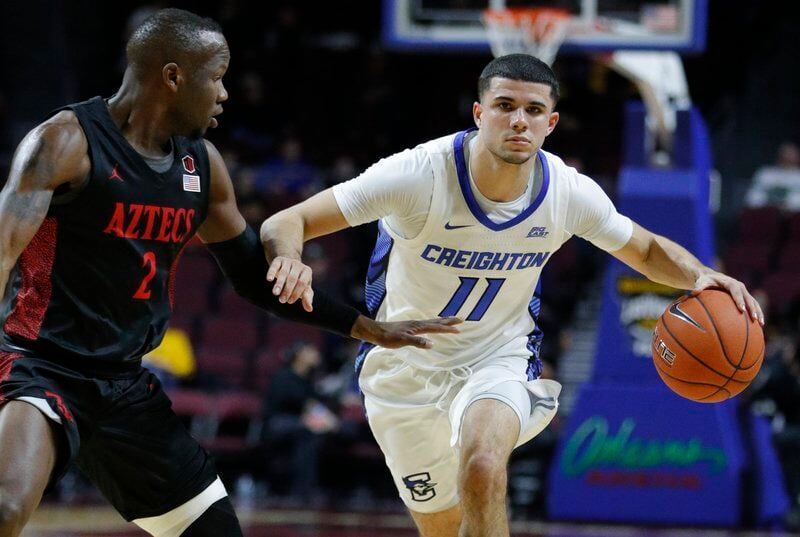 Hamilton's Marcus Zegarowski (11) has been working tirelessly this offseason to improve his game and get himself on NBA team's radars in preparation for Thursday's Draft. (AP Photo/John Locher, File) 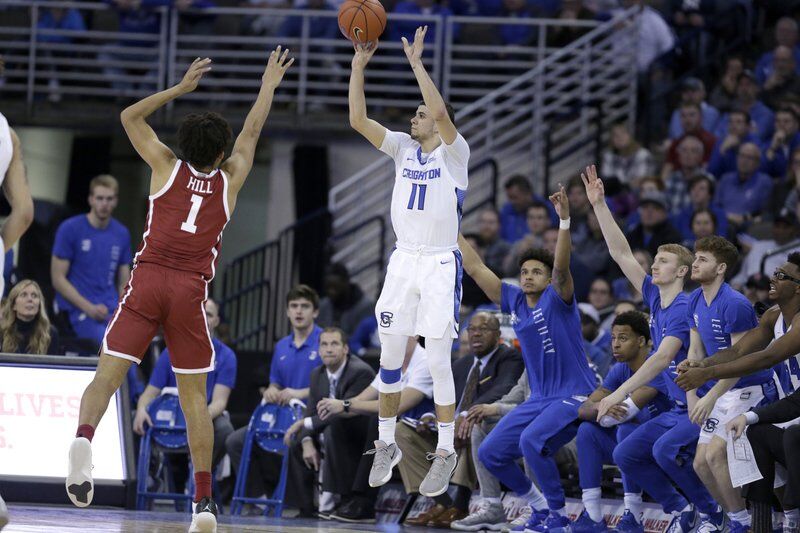 Hamilton's Marcus Zegarowski (11) has been working tirelessly this offseason to improve his game and get himself on NBA team's radars in preparation for Thursday's Draft. (AP Photo/John Locher, File)

On April 13, 2021, Hamilton native Marcus Zegarowski announced on Twitter that he was declaring for the NBA Draft.

Considering his success at the Division 1 collegiate level with Creighton University, the revelation didn't come as much of a surprise.

Zegarowski, then a junior, had just guided the Bluejays to an NCAA Tournament Sweet 16 appearance back in March; and while his team ultimately fell to eventual national finalist and then-unbeaten Gonzaga, the 6-foot-2 point guard had proven himself by averaging 15.8 points, 3.6 rebounds and 4.3 assists per game. His shooting splits (.464/.421/.786) were among the top in the country for his position, and he appeared eager and ready to take the next step in his basketball career.

Three months later, as Zegarowski prepares for Thursday's Draft, he can look back at both his collegiate accomplishments and recent training knowing that he's given everything he has to make his dream a reality. Whatever comes next is out of his control.

"I was in Miami for around eight or nine weeks working out two-three times a day for six days a week," Zegarowski said of his offseason training regimen. "It was a grind but it really prepared me for workouts with teams."

"I felt good about all of them," he said. "I thought I did great in (the team workouts) showing my talents and showcasing myself in a professional manner in the interviews as well."

An intelligent sharpshooter, capable facilitator and gritty defender, Zegarowski chose to fine tune his skills this offseason rather than focus on one particular area. That included "extending his range, getting stronger, watching a lot of film and just becoming an all-around better point guard."

Many mock drafts don't have Zegarowski being selected in either of the draft's two rounds, but in reality, that doesn't mean much. With so many players in the pool, it's almost impossible to know where certain teams are leaning for late picks, and Zegarowski is undoubtedly in the mix. He almost certainly won't be a lottery pick, but hearing his name called in the second round is not far fetched.

Zegarowski is confident in his abilities and believes he can contribute to a professional franchise right away. At 22 years old, he's more experienced and mature than most prospects. He's shown the ability to lead a team at the highest level, a quality that could prove indispensable to scouts, management and coaching staffs in the NBA.

So, if given one more chance to vouch for himself, what would he tell teams?

"I would just tell them that I am one of the best point guards in this draft class," he said. "I feel as if I am the most complete; I can shoot off the catch, off dribble, I can facilitate and make plays for others and I can guard my position. I'll be the hardest worker and best teammate."

Zegarowski will wait patiently for his name to be called as he tunes into the draft with family and friends back home on Thursday evening. Should he be chosen, he'd join his older brother Michael Carter-Williams, who currently plays for the Orlando Magic, in the NBA.

Thursday's draft is scheduled to begin at 8 p.m. and will be televised on ESPN and ABC.

MARBLEHEAD - Phyllis Lumina Johnson, age 98, of Marblehead, formerly of Swampscott and Lynn, passed away on Wednesday, September 15, 2021. Phyllis was the beloved wife of the late Ralph E. Johnson with whom she shared over 40 wonderful years of marriage. Born in Shediac, New Brunswick, Canad…