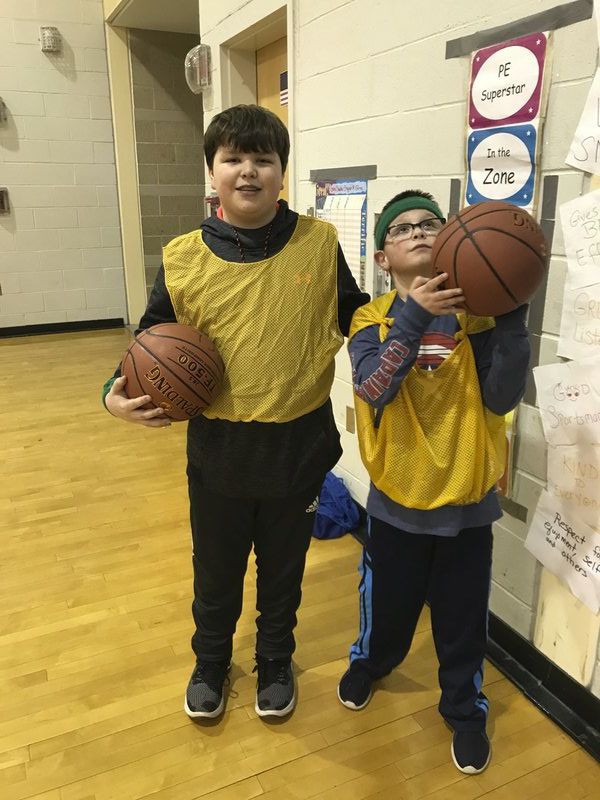 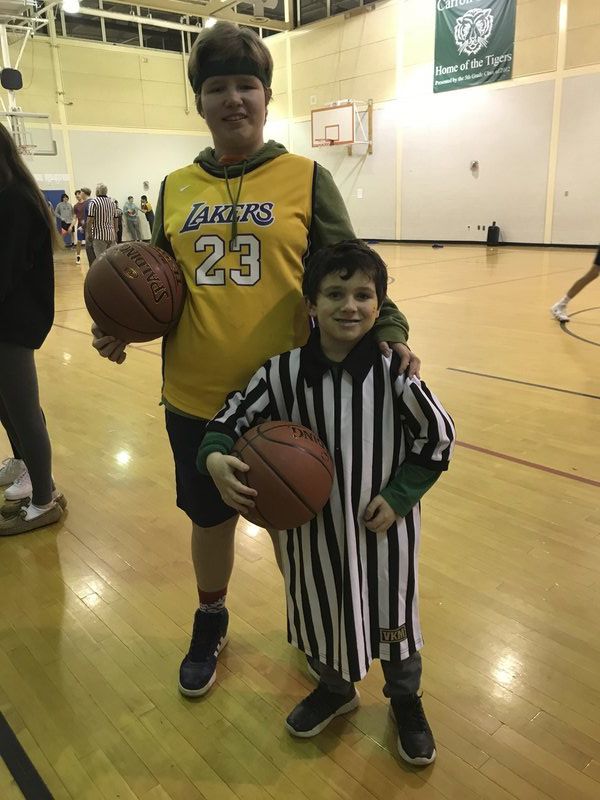 Courtesy photo. A volunteer and participant of the Challenger Basketball program in Peabody pose together during a recent outing. 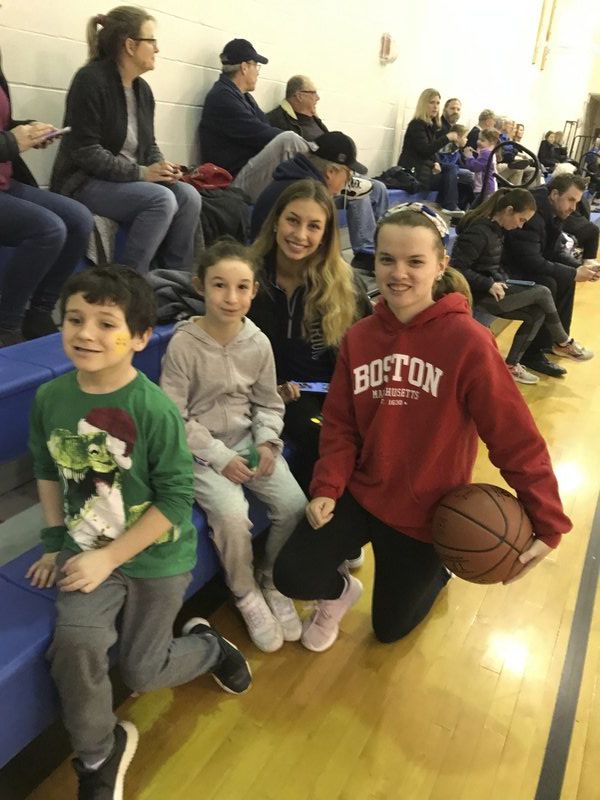 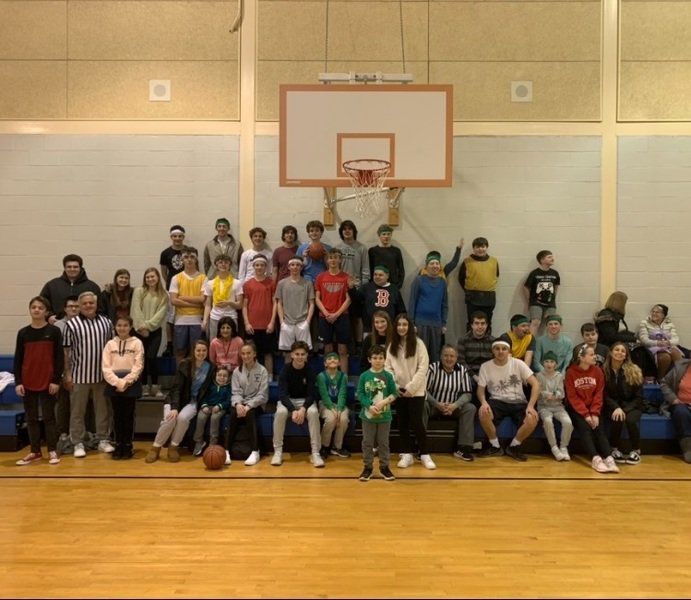 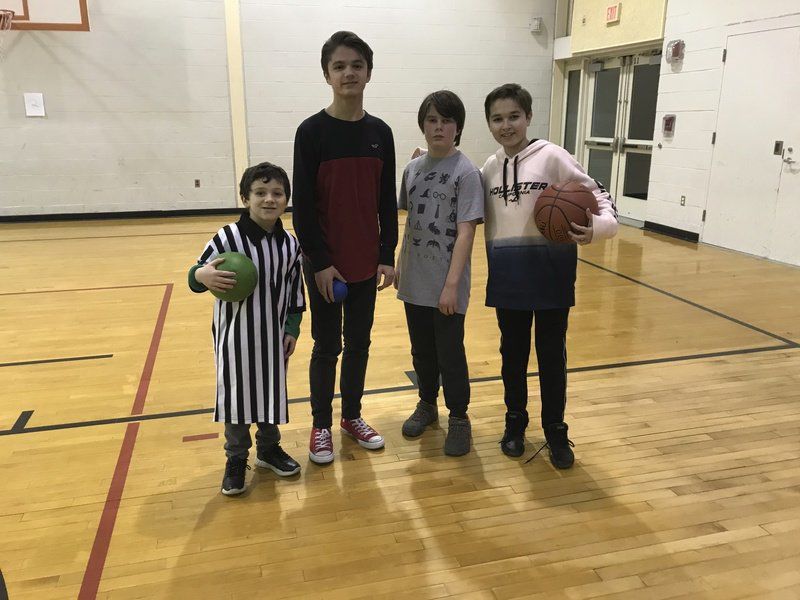 Courtesy photo. Participants of Tom Gould's Challenger Basketball program in Peabody pose for a picture at a recent session. 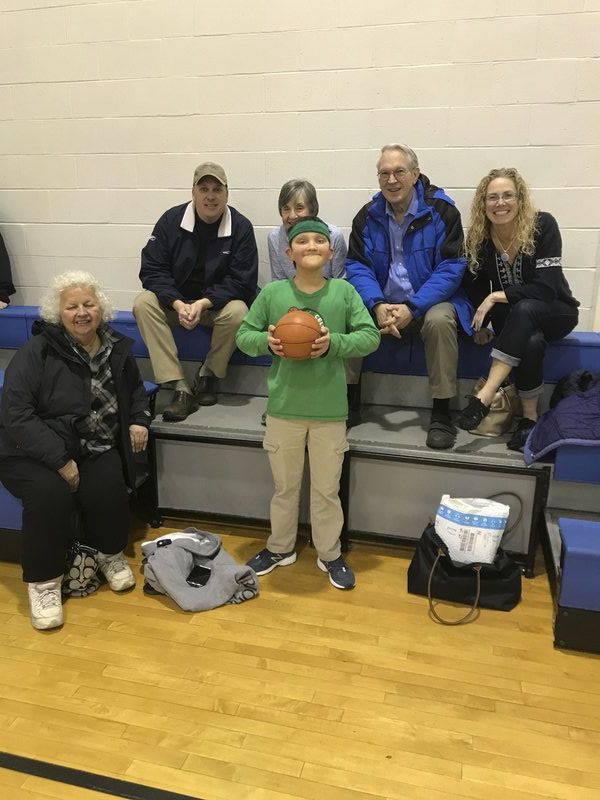 Courtesy photo. Brett Kane, middle, poses with a basketball during a recent session at Challenger Basketball. Kane loves the program, calling it special because of all his "buddies" that go too. 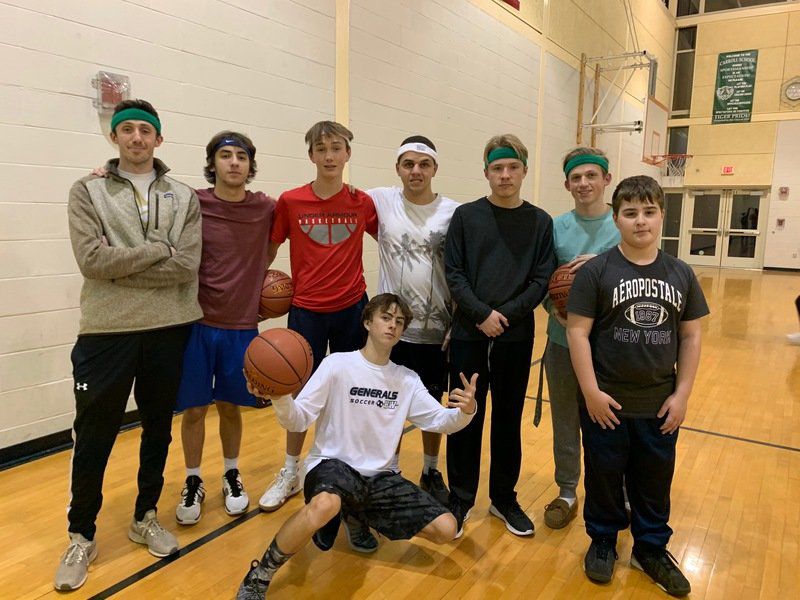 Courtesy photo. Volunteers of the Challenger Basketball program in Peabody pose together during a recent session.

Courtesy photo. A volunteer and participant of the Challenger Basketball program in Peabody pose together during a recent outing.

Courtesy photo. Participants of Tom Gould's Challenger Basketball program in Peabody pose for a picture at a recent session.

Courtesy photo. Brett Kane, middle, poses with a basketball during a recent session at Challenger Basketball. Kane loves the program, calling it special because of all his "buddies" that go too.

Courtesy photo. Volunteers of the Challenger Basketball program in Peabody pose together during a recent session.

PEABODY — Every Monday evening during the winter and spring months, a large group of students and volunteers congregated at Peabody's Thomas Carroll Elementary School for an hour of spirited, stress free basketball.

The program — dubbed Challenger Basketball and organized by Peabody native Tom Gould nearly three decades ago — focuses on the lively interaction between young individuals with disabilities and gives them a weekly outlet to not only break a sweat, but crack jokes and build friendships along the way.

"It's just been a passion of mine. Really the Challenger Basketball program is a challenger social hour," said Gould, who also runs a Challenger Baseball program in the spring and summer months. He has also owned Treadwell's Ice Cream in Peabody for more than 20 years.

"It's all about these kids having an opportunity to do something they can't do regularly. It's overwhelming how kind the kids are. They don't have to be here, but they choose to come."

For Hamilton-Wenham High School seniors Jake Howard and Cam Rich, both of whom have volunteered at Challenger for the last few years, the program proves both rewarding and enjoyable. The relationships they've built with the kids and the constant smiles they see while working with them is irreplaceable.

"I think each one of them has such a different personality, but they're all so outgoing," said Rich, who will be studying pre-med in college next fall. "It's just awesome to be around them; I love it. I hope to surround myself with things like this during my college experience."

"I'm a big basketball guy myself, so when I first saw the opportunity to come down and help the kids I jumped on it. It was just a fun time," added Howard. "They like the game just as much as we do. It's just nice to see them enjoy themselves so much."

At Challenger Basketball, hoops is certainly the 'main event'. Volunteers and participants take part in one-on-one battles, shoot-arounds and even full court clashes.

There's really no rules; participants are free to do what they want on the court, and different games have been created along the way. They've even honored the country with the playing of the National Anthem before kicking things off, giving the program the feel of a real live sporting event.

For those who don't necessarily want to play basketball on a given night, duck-duck-goose and other games of that nature have served as popular alternatives.

"Their creativity in always coming up with new things to do every week is really cool to see," said Erin Melin, a sophomore at Salem State who's been volunteering at the program for the past six years.

No matter what game is being played or what a specific individual is doing at any given time, it's clear they're having a blast. Many of the kids don jerseys of their favorite Celtics players, deck themselves out in hoop attire and gear, and emulate their basketball heroes.

"I've been coming here since two years now and I love it!," said one young participant, Robbie Kurkowski, who said his favorite part about basketball is seeing all the players slam dunk.

"I love how you can just interact and it's just free play basketball," he added. "It's not like you have to do certain stuff; you can just do it how you want to."

"It's amazing," added another participant, George Mitsiaris, as he sported a throwback Jared Sullinger Celtics' jersey.

Unfortunately, Challenger Sports is currently not in session due to the ongoing restrictions put in place to combat COVID-19. But you can bet that as soon as social interaction and group gatherings are deemed safe for all again, they'll be right back at Carroll Elementary playing games and enjoying each other's company.

"I feel like a lot of people have their own perspective on what it means to have a learning disability or have a physical disability," said volunteer Jason Celona, another sophomore at Salem State whose been with the program for six years.

"But I think being surrounded by this every week kind of shows that everyone is an individual no matter what and everybody has their own thing that they bring to the table. It's lovely to see that every week."

Challenger Sports is open to anyone ages five and up and is always free of charge. You can learn more about the program by visiting their Facebook page, "Tom Gould's Challenger Sports".