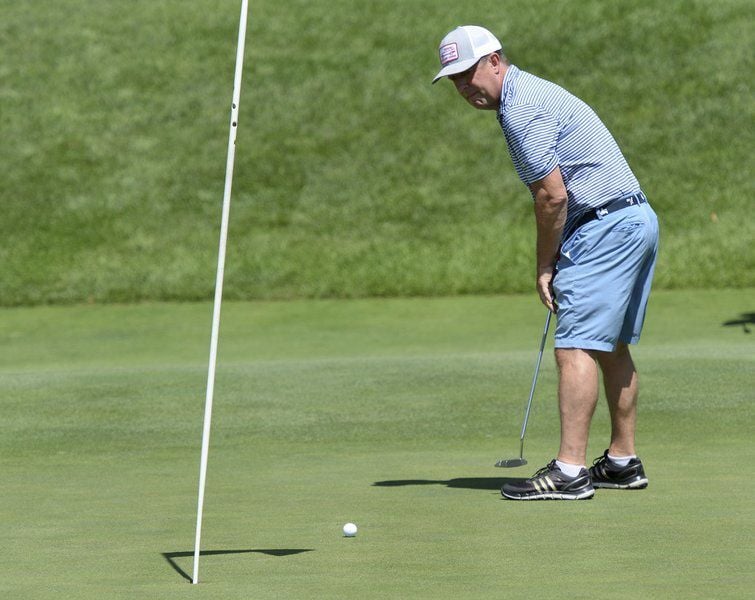 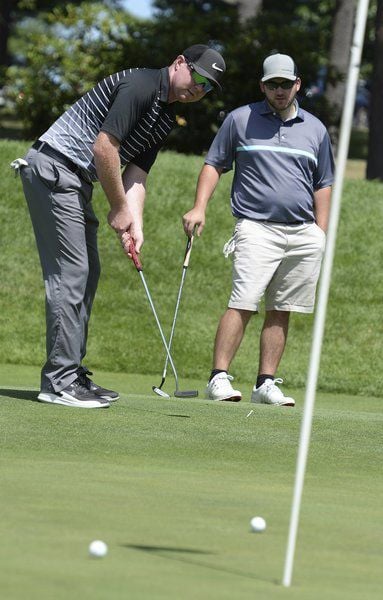 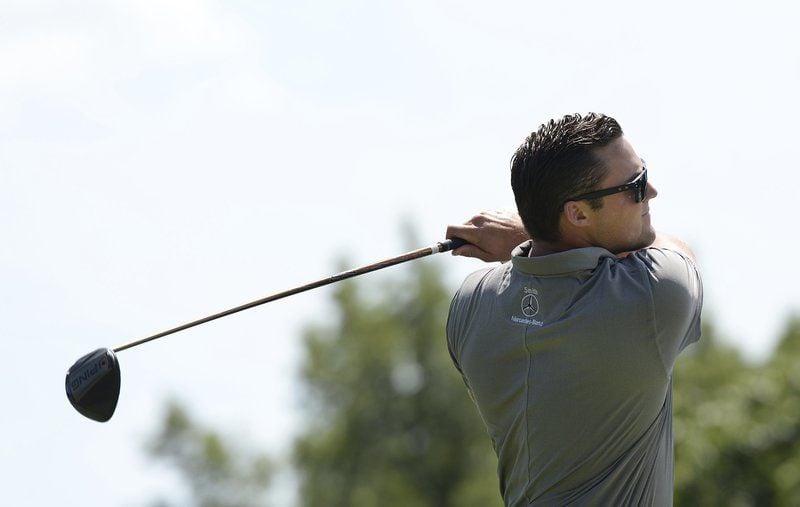 Mike Comiskey tees off on the 17th hole during a golf tournament honoring the life of Mark Roo Adams, who died last year at age 27.

Mike Comiskey tees off on the 17th hole during a golf tournament honoring the life of Mark Roo Adams, who died last year at age 27.

IPSWICH — Just under eleven months ago the beloved Mark ‘Roo’ Adams unexpectedly passed away at the age of 27. From that moment on the amount of genuine love and support for Adams and his family was overwhelming — and it’s easy to see why.

The Boxford native accomplished so much in his tragically shortened life; not only was he an exceptional son, brother and friend to many, but he always put everything he had into the task at hand.

From hockey — he was a phenomenal high school player at Malden Catholic, got drafted by the Buffalo Sabres and helped bring a National title to Providence College during his playing days — to his swiftly rising career in business after injuries forced him to retire from the sport, Adams always attacked his days full throttle. He wanted to make his parents proud, and he did.

While Adams is no longer with us, his authentic approach at life lives on; Monday afternoon at Turner Hill Country Club was a reminder of that. Along with the dedication and support of the community, the Adams family held the Mark Roo Adams Golf Classic at the Ipswich links haven, and it’s safe to say the inaugural event was a smashing success.

“We had close to 100 foursomes try to sign up,” said Adams’ father Mark Adams Sr.. “This is all about Mark’s legacy; that’s all we’re trying to do is honor that. Having this kind of support, it’s everything. All you care about is that your kid had a good impression on people and I love hearing all the stories people tell me about how they knew him or what he did for them.”

Mark Sr., his wife Heather and their daughter Katie and sons Jack and Matthew, as well as everyone else close to the family that was involved, couldn’t quite accommodate 400 people for a round of golf, but the event still consisted of upwards of 40 foursomes. Among them were NHL players Charlie McAvoy, Torey Krug, Matt Grzelcyk and Noel Accari while Ray Bourque and Mike Eruzione also donated to show their support.

Mercedes Benz Smith Motor Sales of Haverhill was the leading sponsor, showing their support with a slew of incredible attainable prizes throughout the day, including one of a new car for anyone who could get a hole in one on any of the par 3s. Golf was followed by a lovely cocktail hour, dinner and silent auction at Turner Hill’s mansion, with donated items ranging anywhere from premium Boston Red Sox, Boston Celtics and New England Patriot game ticket packages, to authentic game jerseys signed by guys like Patrice Bergeron, Brad Marchard, Eruzione and Jack Eichel.

All proceeds from the event, which totaled over $100,000, went directly to the Mark Roo Adams Foundation. The winning group of Todd Dambrauskas, Grzelcyk, Tim Jones and Sam Hodgson carded a ridiculous 51 while one lucky player won a Mercedes S 500 Class 100k.

It was a day to remember for all those involved, one that will likely be repeated each summer for years to come. And to host it at the course Mark grew up playing on and thriving for years made it that much more special.

“Everyone’s going to go eventually; everyone has that sand clock and no one knows when it’s going to end,” said Mark Sr., “his ended at 27 but he had 27 amazing years. He impacted so many people and kids. It’s been a horrible year for our family but it’s been a beautiful year in terms of hearing all the great stuff about Mark from a lot of good people. It just means so much to us.”