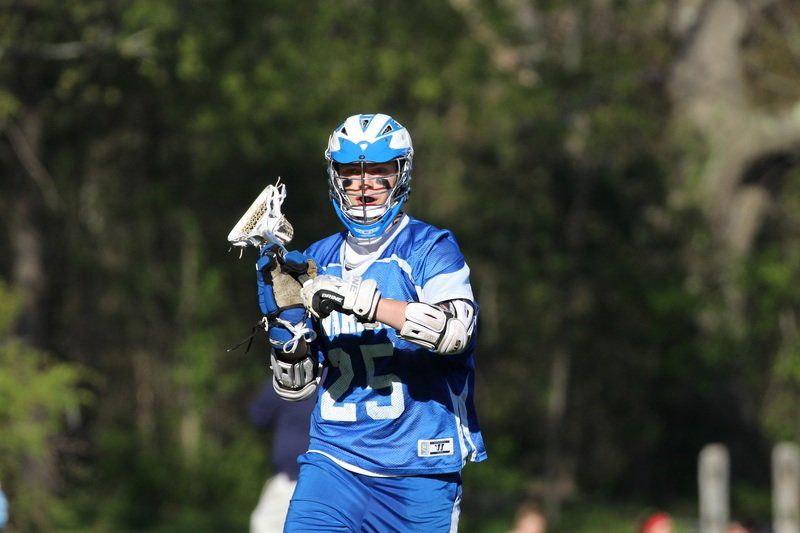 Mike Ballin of the Waring School was named co-MVP of the Massachusetts Bay Independent League this spring after scoring 71 points. Courtesy photo 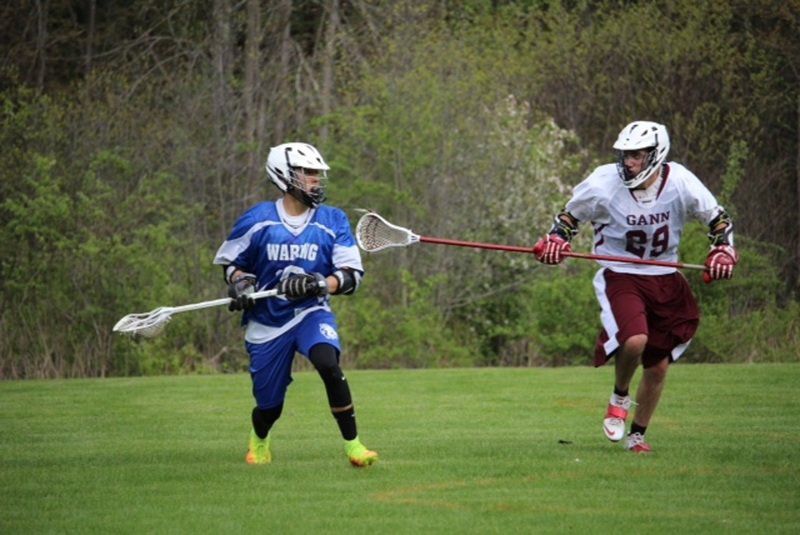 Josh Gabay never picked up a lacrosse stick before he turned 13, but wound up as Waring's fourth all-time leading scorer. Courtesy photo

Mike Ballin of the Waring School was named co-MVP of the Massachusetts Bay Independent League this spring after scoring 71 points. Courtesy photo

Josh Gabay never picked up a lacrosse stick before he turned 13, but wound up as Waring's fourth all-time leading scorer. Courtesy photo

The Waring School boys lacrosse team graduated two high scoring attackers in Mike Ballin and Josh Gabay, and it will be hard to replace the 124 points the captains put up this season.

Ballin, who had 34 goals and 37 assists, was named co-MVP of the Massachuetts Bay Independent League (MBIL) while Gaby added 38 goals and 15 assists. Both players were selected to the Eastern New England All Region team.

For their four-year high school careers at the Beverly school, Ballin is Waring's third all-time leading scorer while Gabay is right behind him in fourth place.

"They achieved those total points despite Josh missing several games with a concussion and Mike playing the last half of the season with a cast after he broke his finger," said Mavericks coach Tim Greiner. "Mike was a huge distributor for us, and even after being injured his points didn't suffer because he passed more than he shot.

"We're losing seven outstanding seniors and a 10th grader who also started. Next season will be interesting."

Ballin, who is from Gloucester, first picked up a lacrosse stick when he was in the second grade and loved the sport right from the start. Next year he will be a walk-on at Colby College.

"I used to play goalie when I first started before moving to attack -- which is a total switch," said Ballin, who is thinking about majoring in environmental science.

"When I visited Colby, I felt at home because the people were all so nice and the campus is beautiful."

Ballin played soccer and basketball at Waring as well as club lacrosse for Home Grown Raptors. He graduated from that program and is looking for a league to play in this summer.

Gabay grew up in New York City. He didn't pick up a lacrosse stick until he moved to Gloucester and attended Brookwood School.

"I was terrible at first because I had gone to a public school with no athletic programs at all," said Gabay, who has been accepted to Brandeis but may spend his next two years at Salem State. "I was 13 when we moved here and was so far behind other lacrosse players that it was hard sticking with it until I improved.

"I'm Native American and Korean, and I like the idea (lacrosse) was first played by Native Americans. I kept working hard, and after my first year fell in love with it. I don't play outside of Waring, and Brandeis doesn't have a team. They offer ever sport possible except lacrosse, but I've worked so hard on my game I hope to keep playing in a league.

"My focus is on music," Gabay added. "I taught myself to play piano and guitar, and I produce my own music. My Mom has been sick, so I want to stay close to home at first, but I've been guaranteed a transfer as long as I have a 3.4 GPA. Brandeis was always my first choice, so I'll have to work hard to keep my grades up so I can go there.

"My original plan was to study microbiology or chemistry. I'm a huge health nut and I train people in the summer. In fact, I started training a bunch of guys on the Waring team. I had been living a toxic-style life until I came here, where everybody looks so healthy."

Gabay said he was heavy his whole life until coming to Massachusetts. In his New York school there was only had one period a week of gym, and by the time the family moved he was pre-diabetic.

Waring was unbeaten in league play and won the league title. The Mavs also took on teams outside the league and finished with an 8-4 record this year. Their league does not have playoffs, which is something Greiner would like to see change.

Nicole Demars, the former Beverly High cross country and track standout, has been named to the America East Helping Hands team. The Hartford University junior ran all three seasons of track for the Hawks and also carries a 3.98 GPA. The award recognizes both classroom work and service to the community.

A communications major, Demars has been on both the President's List and America East Honor Roll six times. She is a volunteer at Hartford Magnet School Running Club, Food Share, Jonathan's Dream, Junior Achievement, and Miracle League of Connecticut.

Runners, mark your calendars because the Louise Rossetti 5K in coming up on Wednesday, June 14 at beautiful Lynch Park. The race is one of the premier events for women and honors a wonderful lady who loved to run. After knee trouble ended her running days Rossetti was always at the race in her honor into her early 90s, encouraging runners young and old.

She inspired countless women, and while she is no longer with us her memory endures. The popular race is always well run and many return year after year. Jill and Mike Page are race directors once again this year. The race begins at 6:30 p.m. and ends back at Lynch Park.