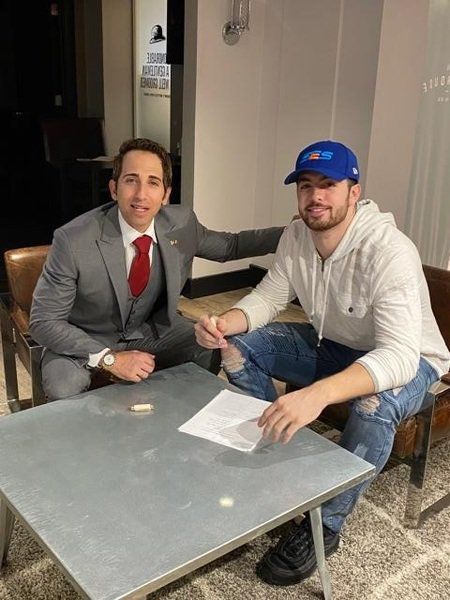 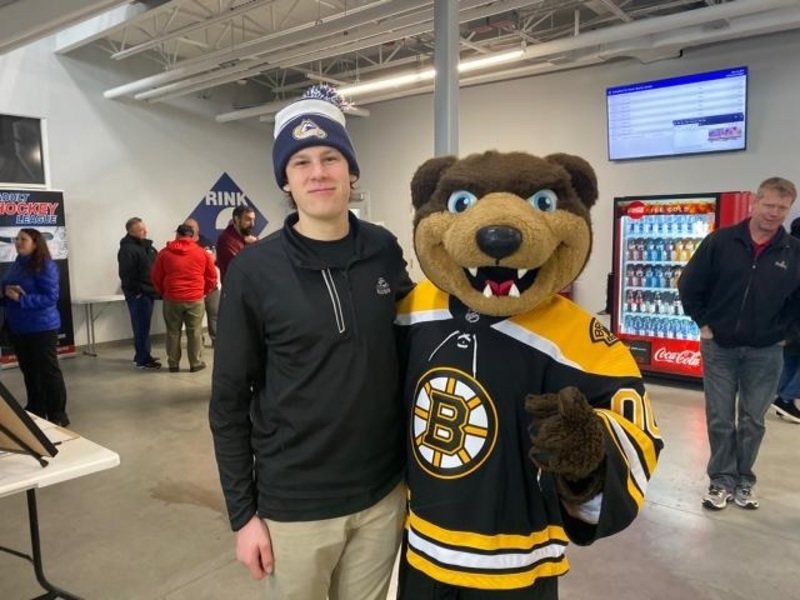 Griffin Bouchard had already raised $55,000 for Boston Children's Hospital and concussion research with some help from the NHL Alumni Association. Courtesy photo

Griffin Bouchard had already raised $55,000 for Boston Children's Hospital and concussion research with some help from the NHL Alumni Association. Courtesy photo

Jake Burt doesn't want his football career to yet just yet, so he is spending two and a half months in Florida training for Pro Day at Boston College where he hopes to put up big numbers and gain the attention of NFL scouts. The former St. John's Prep captain from Lynnfield was recruited by Boston College and spent the last five years there, not only playing football but earning a degree and going on to graduate school while playing his last season.

An injury cut this past season short, but he is healthy now and signed with NFL player agent Sean Stellato's SES firm.

He will be a priority free agent and in that capacity Stellato said will be paid better than late round draft picks.

"I'm excited and figured the best thing for me was to get away from the cold and bad weather," said Burt. "I got here right after New Year's and now training with other guys, who are getting ready for Pro Day. I'll remain here until I come back for March 14 (BC's Pro Day).

"The plan is to get stronger, get faster, and basically improve in everything. Ever since I went to BC I knew I wanted to play football for as long as I can. That's been the goal all along and has never changed."

Burt's final season at tight end was cut short when he suffered a broken collarbone in the November game at Notre Dame. He said it feels fine now, and he's ready to go.

"I only missed two and a half games," said Burt. "It was pretty painful when it happened, but recovery has been a lot faster than after my knee surgery. I've been lifting the whole time and also running but wasn't able to play in the bowl game which was disappointing."

BC lost to Cincinnati in the Birmingham Bowl on January 2. A year ago BC's bowl game was canceled because of lightning, and once again lightning caused a long delay this year. Eagles running back A.J. Dillon opted not to play in the bowl game, but concentrate on getting ready for Pro Day where he figures to be highly sought after.

"I'm excited for Jake," said Stellato. "He's a big, athletic kid, who played in two great programs. He's got a lot going for him because he's intelligent and should really test out well. What team doesn't need a tight end, who can catch and block. He comes from a nice family and has a good shot.

"BC's Pro Day will bring a lot of different teams in because of the running back (Dillon) and a couple of others. That college has done well the last few years sending quite a few to the pros, and a lot have good careers."

Burt recorded some career highs this past season before his injury. He caught three passes in the Kansas game last September, had his longest reception of the season with a 55 yard grab in the Richmond game, and finished the year with 15 catches for 61 yards. He played in 10 games a year ago (6-83-1 TD), in nine in 2017 after missing his sophomore year because of the knee injury and was red shirted. As a true freshman he saw action in eight games with one start.

"I'm going to give it everything I've got to try to make a name for myself," said the 6-3, 250 pounder from Lynnfield. "I'm very happy I picked Sean to sign with. He's awesome, a local guy, and has my best interests."

Stellato also represents former Prep/Penn State star Johnny Thomas, who was drafted by the DC Defenders of the XFL. He went to Rookie Camp, is one of three former Nittany Lions on the roster, and is working hard to make the most of his opportunity. DC kicks off the season at home on Saturday, February 8 against the Seattle Dragons. That game is at 2 p.m. on ABC and is the first for the new league.

There are two divisions, East and West, and eight teams in all. Pep Hamilton is head coach of the Defenders.

Griffin Bouchard has raised nearly $55,000 for Boston Children's Hospital Concussion Research/Brain Trauma Center through his various fundraising projects over the last six years, but he's not done yet. The Hamilton-Wenham junior's most recent endeavor was a 3-on-3 Hockey Tournament at Essex Sports Center last November that netted over $16,000.

"I plan on expanding the 3-on-3 tournament next year to a weekend tournament instead of having it on one day with the help of the Corey C. Griffin NHL Alumni ProAm."

Bouchard has partnered with the NHL and has been supported by the NHL Alumni Association, Boston Bruins Foundation, and many pro athletics including Rick Middleton. Todd Angilly of the Boston Bruins sang the national anthem and Blades the Bear was on hand at Bouchard's tourney which was on Veterans' Day.

"I am speaking with the Chelsea Station Restaurant in Chelsea now, and we may be doing a fundraiser there in the future."

What started out as a community service project has grown and expanded each year. Bouchard is a hockey player for the New Hampshire Avalanche and constantly seeking new and exciting projects to raise more money for a worthy cause. He truly enjoys coming up ideas that are both fun and good fundraisers.

Anyone wishing to donate to his fundraising efforts can do so directly online at the NHL Alumni link: https://give.nhlalumniproam.com/fundraiser/2527023