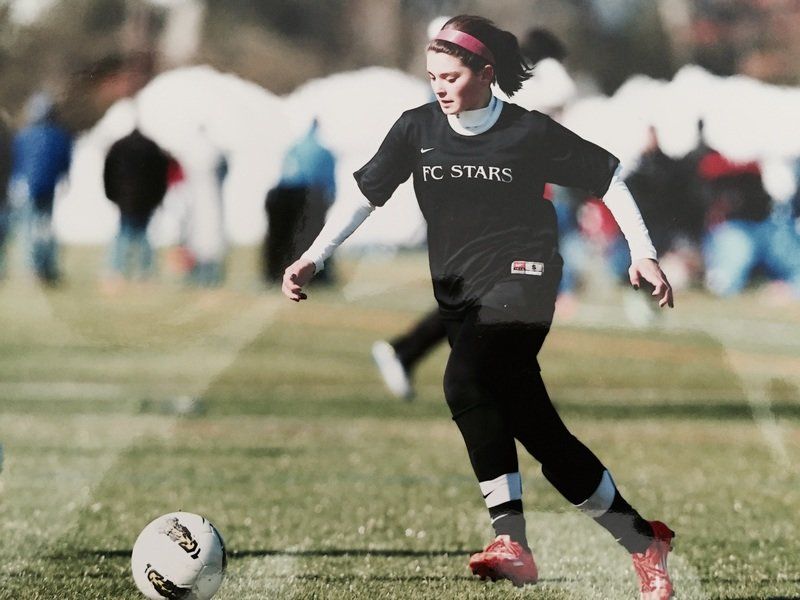 Olivia McKenelley, a sophomore at Austin Prep, made a verbal commitment back in May to play Division 1 college soccer at Northeastern University in 2018. Courtesy Photo 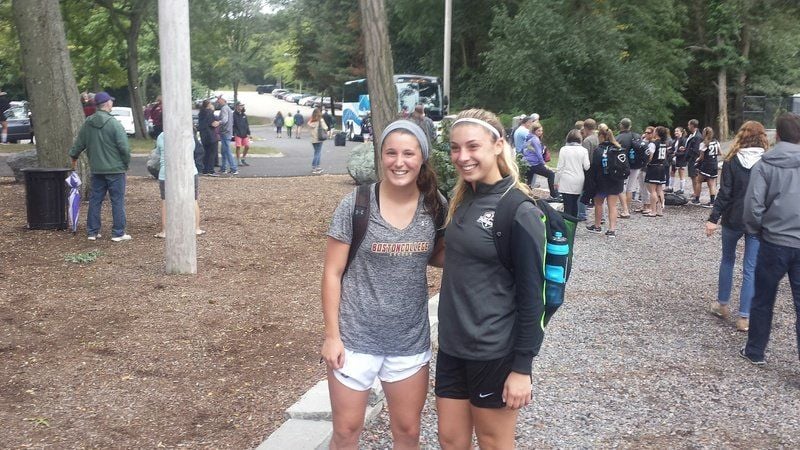 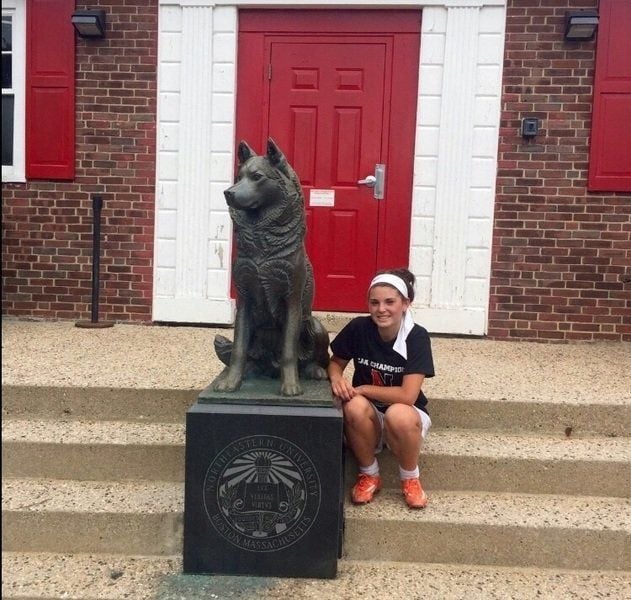 Olivia McKenelley, a sophomore at Austin Prep, made a verbal commitment back in May to play Division 1 college soccer at Northeastern University in 2018. Courtesy Photo

It takes a certain type of player to develop the unique skill set that Austin Prep sophomore Olivia McKenelley has on the soccer pitch.

McKenelley is just as versatile as she is hardworking and humble. Those type of characteristics don’t come along too often, especially for a sophomore in high school.

The Middleton native’s confidence and ability to know exactly what she wants sets her apart from other players her age. She often sticks out among the pack because of her knowledge and share talent. That’s why it’s no coincidence that this summer, McKenelley made a verbal commitment to play Division 1 college soccer at Northeastern University beginning in the fall of 2018.

”I really wanted to commit to a school early so I could focus on soccer and academics,” said the 15-year-old McKenelley.

As a center midfielder, McKenelley cant often control the entire field with her 5-foot-2 frame. She’s played for the FC Stars club team since she was 10 years old, and the exposure to college coaches turned her into a prime candidate to play at the next level. At the end of the past Stars season, the team went to the playoffs in Seattle but lost in its final game.

In her quest to find the perfect fit in college, McKenelley visited several other Division 1 schools including the University of Miami, Providence College and Boston University. She also spoke with other schools on the phone, but after visiting Northeastern she knew it was the right decision for her future.

Northeastern stood out to her because of its academics, campus atmosphere and most notably the coaching staff. After meeting head coach Tracey Leone, she solidified it for McKenelley.

“From the second I stepped into her office, she was so positive and energetic and happy,” McKenelley said. “She makes you excited to be part of something great and made me feel like this team was the best fit for me.”

Under Leone’s guidance, the 2014 Huskies set single-season program records with 15 wins and 17 shutouts, and advanced to the second round of the NCAA tournament for the second time in program history.

This fall McKenelley decided to play on her high school team at Austin Prep, which is 2-0 and has yet to be scored on. She also plays more of an attacking midfield role for the Cougars and is very much apart of the scoring action and has equal strength in both feet, which makes her a nightmare for opposing defenders to cover.

”The best part about it is that we’ve done a team bonding trip to the Cape and participated in a 5K walk for cancer this past weekend,” said McKenelley.

The team atmosphere is one of the things she loves most about the sport. That, added with her competitive nature, enables McKenelley to be the type of player that makes her teammates around her better.

This past summer, McKenelley trained with Mo Keita four days a week. Keita has been coaching and training players for the past 14 years and owns Skillz Check Soccer Academy in Danvers and is also a coach for the Stars.

For the time being, McKenelley is completely focused on improving her craft and helping Austin Prep win a state title.

Surprisingly enough, St. John’s Prep is benefiting from all the injuries the team has been dealing with lately. It’s given other players a chance to step up and show head coach Dave Crowell just what they’re made of.

”If we can get all of our pieces back, then we have these other guys who have been contributing,” Crowell said after Monday’s 2-1 win over Masconomet. “I think stuff like this will hopefully build our confidence moving forward.”

The Eagles entire back four — Quinn Byrne, Vlad Blyakhman, Scott Crowley and Kevin Casey played nearly the entire 80 minutes. Crowley came out for five minutes, but Crowell is leaning on his defenders to play big minutes.

Byrne, one of three captains, is the only returning D-man with varsity playing experience.

”It’s a new team this year,” noted Crowell, who saw his team reach the Division 1 Eastern Mass final last November. “What I was happiest about was our response. We worked harder and made better decisions with the ball.”

If you’re like me and couldn’t make it to Chestnut Hill on Sunday, you missed out on an exceptional women’s soccer game between Boston College and Providence College.

The Friars pulled off a 3-2 victory in double overtime thanks to Catherine Zimmerman’s game-winner.

It’s still too early to tell, but keep an eye on what’s brewing in the Northeastern Conference Large on the girls side this fall. Danvers has a pair of shutout victories under its belt with wins over Revere, 8-0 and Lynn English, 9-0.

A true test for Danvers will be on Saturday when it travels to Peabody for a NEC Large showdown. The Tanners had a statement win to begin the season after defeating perennial powerhouse Acton-Boxboro, 3-2, last weekend. Junior Brianna Gaynor scored a pair of goals against A-B, including the game-winner with a minute left in regulation.

Meanwhile, Peabody faces off against Beverly on Thursday at home under the lights. The Panthers recorded a 7-0 shutout victory over Revere last Thursday and beat Lynn English by an identical score Tuesday afternoon.

Between Peabody, Danvers and Beverly things in the NEC Large are looking pretty interesting this fall.

Just For Kicks, a column on North Shore high school soccer, appears every Wednesday in The Salem News. Contact staff writer Gianna Addario at 978-338-2615, GAddario@salemnews.com and follow her on Twitter @GiannaAddarioSN.