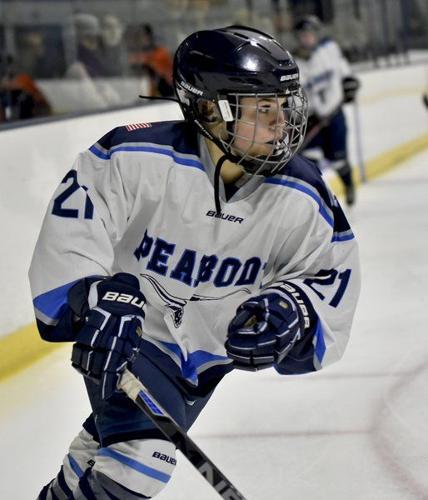 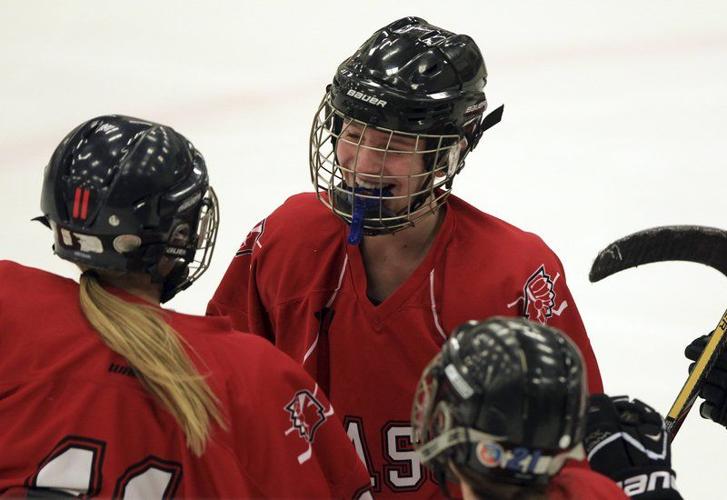 Masconomet's Maddy Werner smile after a recent goal. Werner was one of a handful of players that cited new sticks as their favorite hockey related holiday gift. Staff file photo. 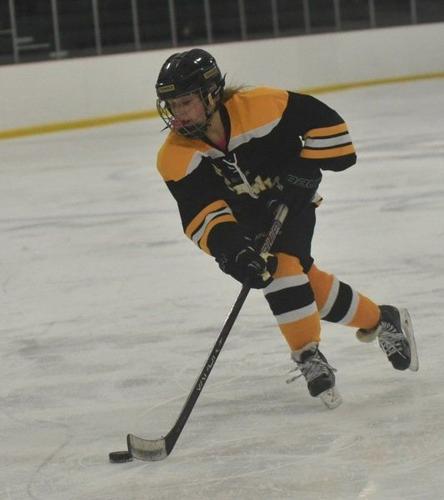 Bishop Fenwick's Lauren Coccoluto said a hockey themed bracelet was one of her most memorable holiday gifts. Rose Raymond photo.

Masconomet's Maddy Werner smile after a recent goal. Werner was one of a handful of players that cited new sticks as their favorite hockey related holiday gift. Staff file photo.

Bishop Fenwick's Lauren Coccoluto said a hockey themed bracelet was one of her most memorable holiday gifts. Rose Raymond photo.

There’s no doubt that the holiday season and the game of hockey are linked together.

Maybe it’s because of the typically frosty conditions, or maybe its because by the end of December each year hockey season has begun, but is still new enough that excitement hasn’t given way to the routine.

A vacation from school that lets young players take to the rink at all hours of the day doesn’t hurt, either.

Whatever the reasons, there’s nothing quite like finding a meaningful gift for the hockey-loving people in your life. For those that take part in this game, few holiday moments are as memorable as peeking through the wrapping paper and finding a great hockey item.

In fact, the best gifts aren’t even always tangible items. Take Pingree girls hockey coach Sarah Carpenter, who fondly remembers a Christmas from her youth when her parents told her she’d be able to travel to St. Petersburg, Russia, to play.

“I was 14, and there was a team of all-star U-18 American girls playing in the White Nights Tournament in St. Petersburg,” Carpenter recalled. “They called it that because it only gets dark for a few hours each night at that time of year.”

Carpenter, friends and family spent the next six months fundraising and collecting the gear and travel items they’d need. She got to play with and meet girls from all over the country, including one who wound up being the captain of their college team when Carpenter was a freshman.

The trip had a big impact on Carpenter, who later learned that it was only a year after the Russian Federation became independent. It motivated her to join the Peace Corps after college, before she became a teacher and coach at Pingree.

“We were one of the early teams to play in Russia and when we arrived and played against these girls, we were amazed at how well they played with such poor equipment.  At the end of the tournament we left all of our hockey gear behind as donations to these girls,” Carpenter said.  “It was an incredible experience I will never forget.”

Hockey gear always makes for good gifts. Especially in the modern era of hockey, when sticks are made of lab tested composite materials rather than the wood of the old days, they make great presents for players that can’t wait to hit the ice and try them out.

Beverly’s Izzy Primack got a Bauer Nexus 1N stick last year and counted that as one of her most memorable recent hockey gifts.

“I’d never had an expensive stick before, so that was pretty great,” Primack said.

The Bauer “lumber” seems to be a popular item locally. Masconomt co-captain Maddy Werner has also been scoring plenty of goals with a gifted Bauer, the MX.

“I bothered my parents about it all year,” she quipped.

Hockey runs in many families. Take freshman Mady Hentosh, who plays for St. Mary’s. Her older brother, Kyle, is a mainstay in the lineup at St. John’s Prep, where their dad is also an assistant coach. So when Mady got her first APX stick by Bauer it was a small case of holiday sibling rivalry.

“I’ve been lucky enough to be part of a family centered around hockey and have had many memorable gifts,” she said. “My brother and I are always competing against each other in some way, so I was pumped to see I had a better stick than Kyle for the first time.”

You do need more than just a net to play, though. Take Marblehead defenseman Brynne O’Connor, who received her first net a few years ago. Shooting in the driveway later became a favorite pastime, as it is for so many hockey youngsters around the globe.

“For the longest time it sat in my garage in a box and one day I decided to put it up,” said O’Connor. “After some encouragement from my dad, I started shooting almost everyday. Since then my shot has improved tremendously. So the net was a meaningful way of my dad supporting my game and the strides I took to become better, while being able to enjoy shooting in the comfort of my backyard.”

Most players have also found some sort of team apparel under the tree one year or another. For Peabody’s Kaydee Purcell, getting her first Tanners gear meant a lot. Now a sophomore, she’d first joined the girls hockey team when she was only in seventh grade.

“It had to be my first varsity hockey warm up suit,” Purcell recalled. “It was special because it solidified for me that I was on the Peabody girls hockey team. I’m very thankful that I was able to play high school hockey at such a young age, and it’s been an amazing experience the past couple years.”

Bishop Fenwick’s Lauren Coccoluto also joined a new team last year, when she was a freshman with the Crusaders. Her grandfather had a special gift in mind for the now-sophomore defenseman.

“It was a hockey themed bracelet,” she said. “It has black and yellow beads for the Fenwick colors with charms like hockey sticks. It has my jersey number in between too.”

Not every gift is for the players. Beverly coach Brian Seabury fondly recalled receiving luxury box tickets for a Boston Bruins game in recent years, and admitted that would be near the top of his list again this year.

Pingree’s girls just found out an incredible opportunity to play at the home of the Boston Bruins, TD Garden, next week. The Highlanders have ice at the Garden in Boston on January 3 and will face off against non-league rival North Yarmouth Academy.

Pingree’s boys will also be playing against Rivers. The games are tentatively scheduled for 1 p.m. and 2 p.m., although the schools have no decided if the boys or girls will play first.

The area’s MIAA schools look forward to trying to reach TD Garden for the state finals in March, but for prep schools the playoffs typically take place on campus. The chance to skate on the same surface as NHL stars is a great one for the Highlanders and their fans.

The first “North Shore Classic” girls hockey tournament will be held next week at Endicott’s spotless new Bourque Arena. Beverly is the host and will play against Billerica on Wednesday (Dec. 31) with St. Mary’s of Lynn and Lincoln-Sudbury playing in the other game.

On New Year’s Eve, the consolation game is scheduled for noon with the championship at 2 p.m.

Holiday tourneys have long been a staple of boys hockey, with awesome events like the Cape Ann Savings Bank tourney in Gloucester, the annual Kasabuski Christmas event in Saugus and the new Pete Frates Classic at Merrimack must-see events. It’s great to see girls hockey North of Boston get an event like this, too.

Few goaltenders in the state are playing as well as Beverly’s Madison Jalbert, who has conceded only two goals in five games. She was at her best in a contest against Barnstbale and will have to be again next week when the Panthers welcome Billerica to Beverly for the aforementioned North Shore Classic. The Indians boast a three-time All-State pick in goal in Amanda Burns, so expect a low-scoring affair next week.

Kick Saves, a column on North Shore girls hockey, appears in The Salem News every Thursday during the winter sports season. Contact Matt Williams at MWilliams@salemnews.com, 978-338-2669 and send him your favorite hockey themed holiday gift on Twitter @MattWilliams_SN.