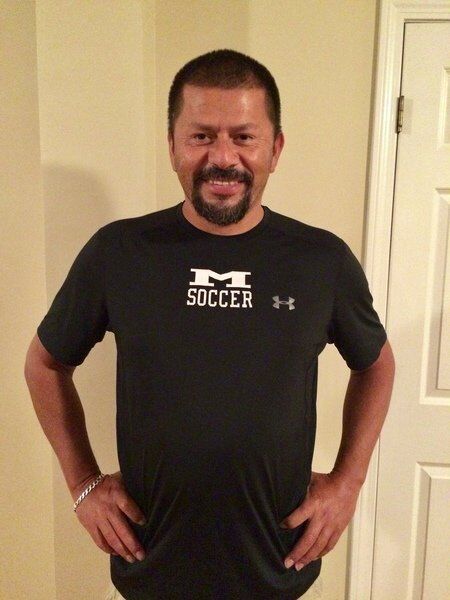 Courtesy photo. Elmer Magana is eager to take over the boys varsity soccer team at Marblehead after nine years coaching the JV team. 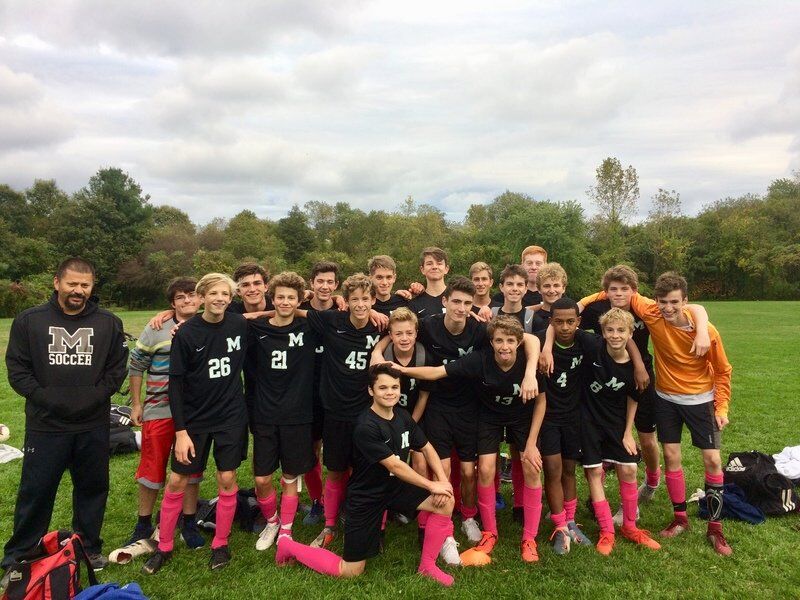 Courtesy photo. Elmer Magana is eager to take over the boys varsity soccer team at Marblehead after nine years coaching the JV team.

For the past nine seasons, Elmer Magana has headed up the junior varsity boys soccer team at Marblehead High School.

During his tenure the 44-year-old led his squad to six straight winning seasons, including an unbeaten campaign last fall. In coalition with now-former varsity head coach Scott Laramie, Magana helped build a winning culture in the seaside town, something he takes much pride in.

So when Laramie and Marblehead parted ways after nine seasons last fall, Magana was eager to move up the high school soccer ranks and apply for the vacant position. On Wednesday, Marblehead athletic director Greg Ceglarski and the rest of the athletic team made it official, hiring Magana as the new varsity boys soccer coach.

"I want to continue the winning tradition at the varsity level and I want to keep the program going in the right direction," said Magana, who teaches Spanish at Marblehead High and previously taught at North Andover.

"At one point during my time here, we only had 30 players try out for the squad; last year we had 62 players come out for the program. So I want to keep that trend going," he added. "I'm looking forward to facing some of the top schools we have in our conference such as Peabody, Beverly, Danvers and Masconomet. I'm super excited for the opportunity."

Growing up in futbol-centric El Salvador, Magana has always had a strong passion for the game. As a boy he competed for both his school and town soccer teams before a bloody civil war broke out, prompting him to come to the United States in 1989.

"Soccer is a religion in my country," said Magana.

Magana originally moved to Compton, Calif., where his family still lives. He went on to graduate from UCLA in 2001 with a degree in Latin American history, then furthered his education by earning a Masters Degree in Spanish from Middlebury College. It was there in Vermont where he met his future wife, Michelle.

With Michelle hailing from Gloucester, the two decided to move there and start a family. Coincidentally, Magana's brother-in-law is the head boys soccer coach at Gloucester High; now, the two will battle it out coaching their respective varsity teams — hopefully as soon as this fall.

"Rumor on the street is that we'll have some sort of half-season competing against most of the schools in the Northeastern Conference and have some kind of knockout tournament at the end of the year," said Magana. "The players are super hungry to play the beautiful game and I have a good relationship with them, because pretty much all of them were my players at the JV level. I know their skills, I know what they bring to the table, and I know where we can grow and improve.

"We're hoping that we do have some type of season because I think our kids, and all the kids in our conference, deserve something good to happen in this (coronavirus) pandemic."

Magana added that he and his team plan to strictly follow any new regulations and COVID-19-related safety protocols. He stressed that building and keeping a relationship with his players was of the utmost importance to him, and that good communication is a key to success.

"I want to keep good communication with the JV coaches as well; that's one tradition that (Laramie) had, and I want to keep that going," he said. "We're a family, and the better we communicate the more success we'll have. It also sends a message to the kids that we're not isolated on our squad; we're all in it together."

Marblehead went 8-7-3 last year before earning a pair of wins in the Division 2 state tournament over Greater Lawrence and Lynn Classical. The team graduated two NEC all-stars in Hayden Miller and Alfred Bresnahan, but will be replenished with plenty of talent from the JV level this fall.

"We're thrilled to have Elmer at the forefront of the Marblehead boys soccer program," Ceglarski said in a press release. "He brings passion, energy and a wealth of knowledge to the school, and we have no doubt it will be a smooth transition."