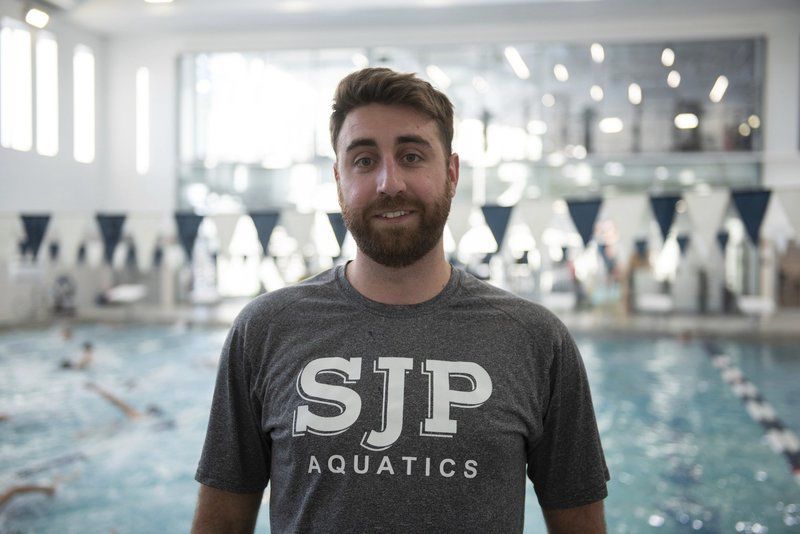 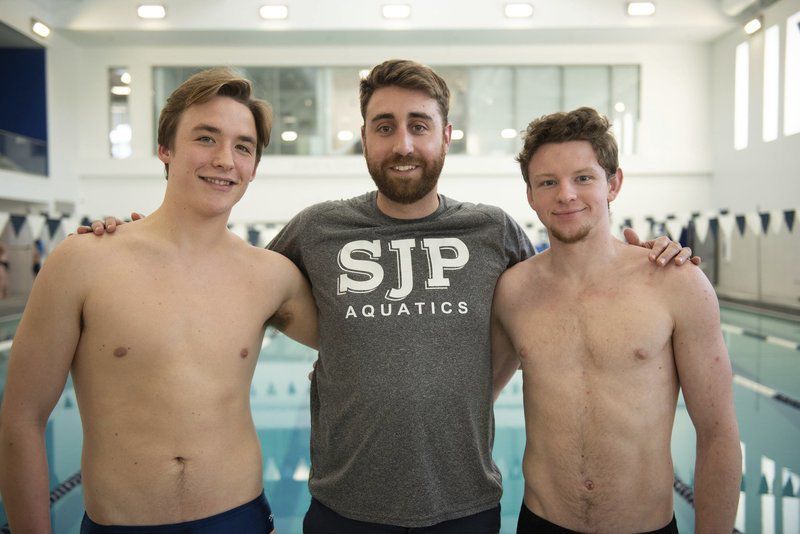 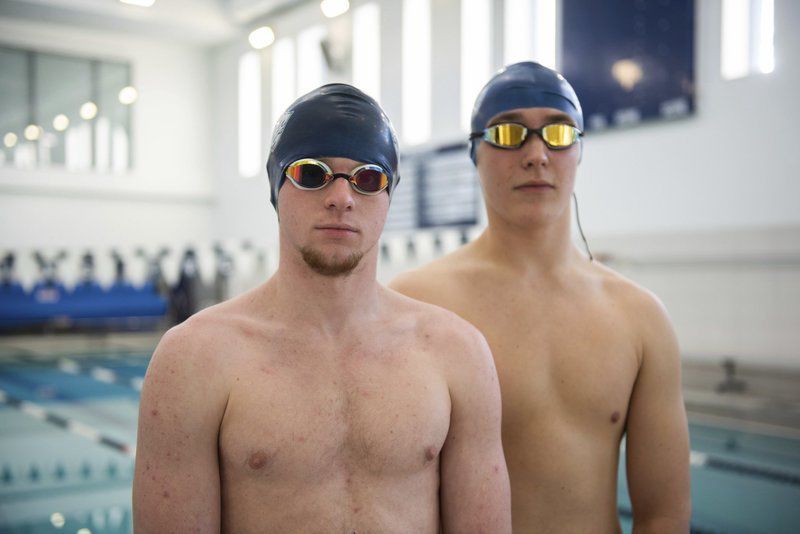 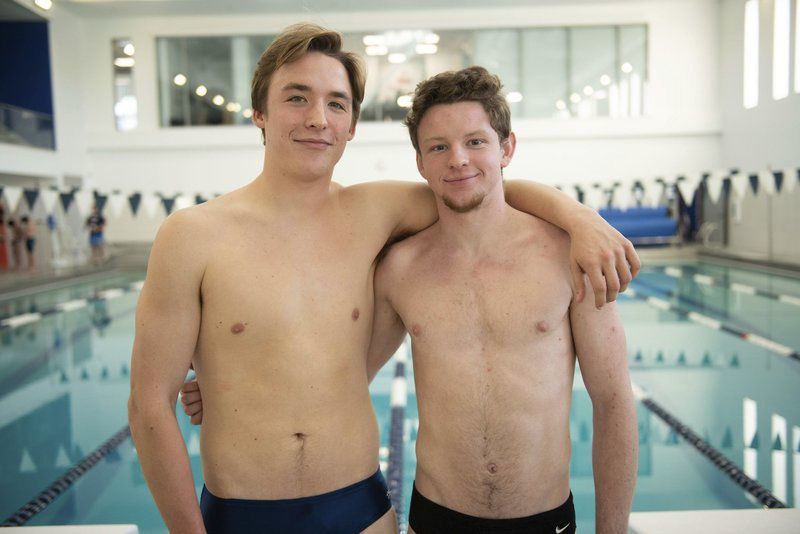 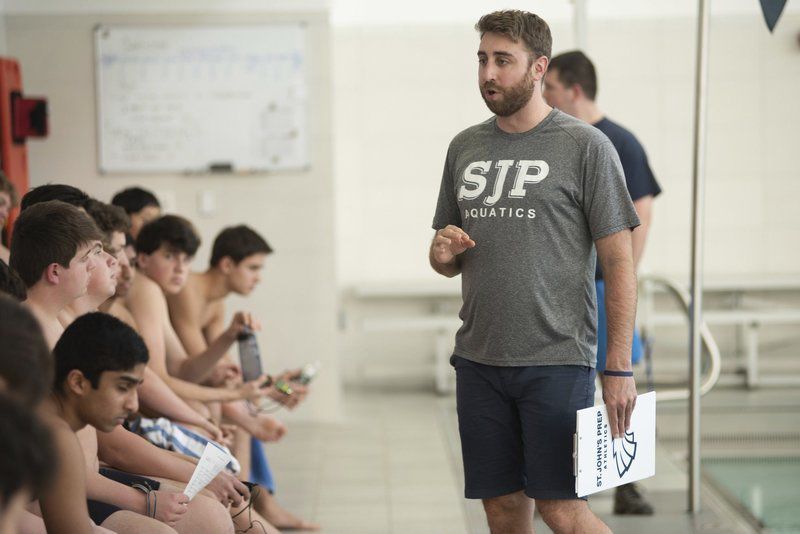 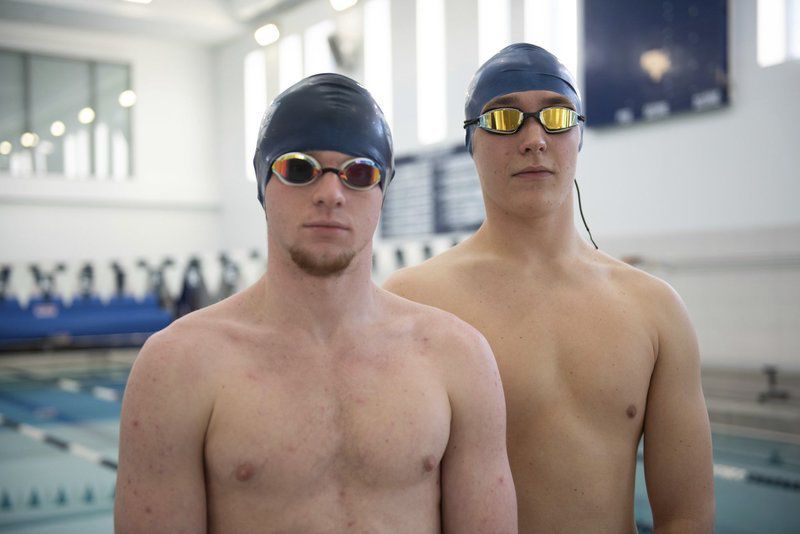 North Andover’s Palmer Randall and West Newbury’s Michael Ott have been best friends since they were five years old. This winter, they’ll team up as swim captains for a new look St. John’s Prep squad.

The duo will certainly play a key role this season as the Eagles have a new leader, first year head coach Jeff Fiore. Fiore was a former swimming star at St. John’s and the University of Tampa.

When longtime coach Tony Padvaiskas — who won 14 Division 1 state championships, 12 North Sectionals and 17 Catholic Conference titles (110-8 in dual meets) — retired at the end of last season, Fiore was eager and ready to take over for his mentor as both water polo and swim/dive coach.

“Tony and I discussed his thought about retiring and he helped me prepare to take over,” said Fiore. “I’ve got big shoes to fill, and I’m glad I am able to talk to Tony when I have any questions.

“You don’t mess with success so I don’t intend to change much. If I have any little question I will shoot him a message and know he’ll get right back to me. Thanks to what he has done, the program has incredibly high expectations.”

Fiore is a 2008 St. John’s graduate who went on to have a terrific career at the University of Tampa. Padvaiskas had been the Eagles coach for 22 years and things have changed quite a bit since the days Fiore was a student. The new Wellness Center with the Olympic size pool makes practice times much more reasonable than the early morning hours of the past.

“Having a pool here is huge, so much more accessible for the boys,” said Fiore. “It’s a great plus for a no cut sport, and a chance for the boys to participate in a winter sport. I wish we had the same facilities when I was here. The whole Wellness Center is like what you’d see at a big college. It’s unbelievable.”

Fiore coached the water polo team this fall and many of the same student-athletes are now out for swimming.

“We had a good season (3-6) with a couple of varsity wins against some new schools. That set the tone for swim season and we got a large turnout with 45 boys showing up on Day 1,” he said. “We’ll add another 20 or more from the middle school. We did lose some pretty fast seniors, but we have a good nucleus with some talented freshmen joining the team.”

Fiore said he depends on the captains to provide leadership, and both Randall and Ott fit the role perfectly. Randall began swimming for Bradford Swim Club as a youngster and now is at Phoenix Swim Club. He competes year round and will help the Eagles in several events. Ott is a sprinter and free style swimmer who is also captains the water polo and lacrosse teams.

“We always put a lot on our captains for leadership and setting the tone,” said Fiore. “It’s really funny they’ve known each other for such a long time and are such close friends. Michael is outgoing, outspoken and confident. He’s well equipped to handle any questions boys might have that they don’t want to ask me.

“Palmer is the same,” added Fiore, “and such an accomplished swimmer that he leads by example. He’s a funny kid, and his teammate really like him. If we need a specific skill demonstrated we ask him to show everybody how it’s done.”

Ott said he was only four or five years old when he first met Randall at the pool, and they’ve been friends ever since. Water polo captain-elect Andrew Coady is another buddy from BSC and also on a swim team.

“It’s a lot of fun having a close friend as co-captain,” said Ott. “We’re now in a leadership role and sometimes you might have to put friendship aside. We all love each other but we also hold each other accountable along with the rest of the team.”

Ott said two of the biggest supporters going back to their younger days are Palmer’s grandparents Lee and Ann Randall, who come to almost all the meets, a practice they started when the boys were young at Bradford Swim Club.

“I collected coins and he’d give me one after meets. One of the best was a silver dollar with a woman’s face on it,” said Ott. “There would always be a little gift, some token for Palmer and his friends. That gave us a little extra edge.”

Lee Randall was employed by Eagle Tribune for years, and he would buy a bunch of newspapers to give to the kids and parents whenever articles about BSC were published and show up at the swim meets with laminated copies of stories about the meets for everyone.

Ott said this year’s team wants to continue the tradition of excellence the Prep swim team has built up over the years.

“In my four years there’s been three state titles,” he said. “Our goal is to improve our times and win the sectionals and state once again. We understand the tradition of the swim program at St. John’s, and having the pool on campus is an added boost. Now we are able to host meets and as a team we get loud offering encouragement to others to get their best time.

“It’s great the kids can watch us from up above. Swimming is both an individual and team sport which is what I love most.”

Randall really appreciates the pool because before the Wellness Center opened practice was at 6 a.m.

“We used to be at the four lane pool at the Danvers YMCA,” he said. “Having it at the school now is great. I think we have a strong team and are going to have a really good season. We all want to win states again.”

Randall said he really appreciates the support his grandparents give the team.

“They come to all the home meets and some of the away ones. I’m lucky to have them and thank them all the time. My grandfather is a coin collector and he used to get a few new ones to give out when my friends and I had good relay races. He made up some pretty nice posters, too.”

Fiore scheduled the opening meet with Chelmsford, a school with a strong swim program that will give the Eagles a good test and point out what they need to work on.

“Last year at states Chelmsford was nipping at our heels,” said Fiore. “They always have one of the most competitive teams. I wanted to schedule a meet with them to better see where we’re at.”