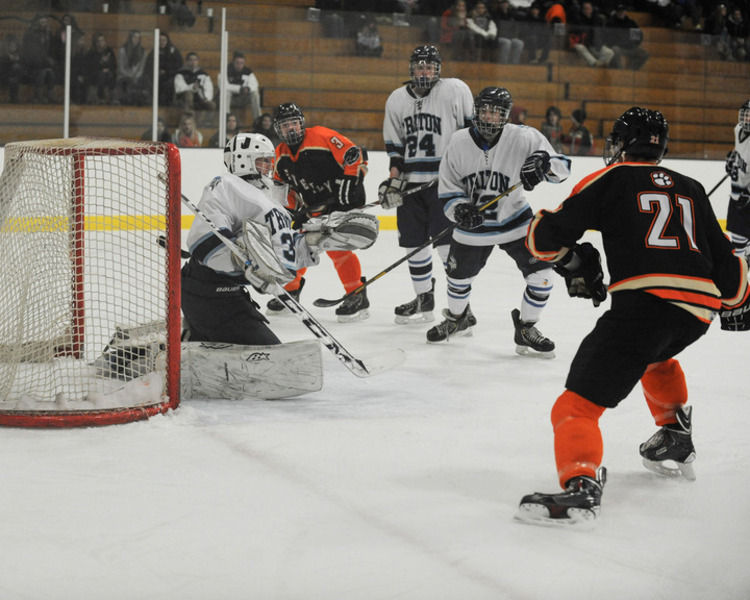 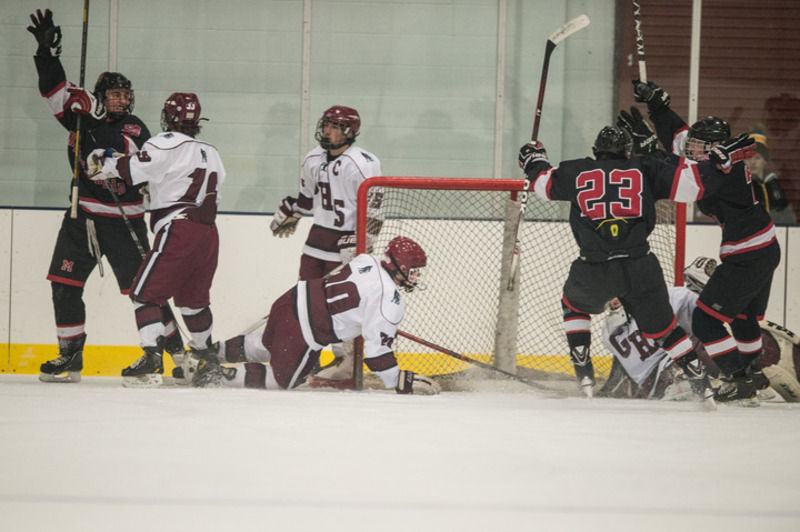 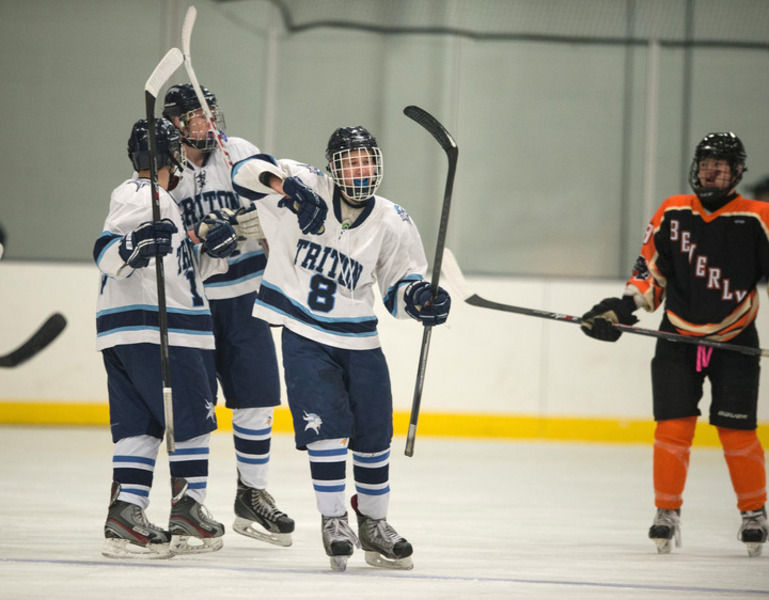 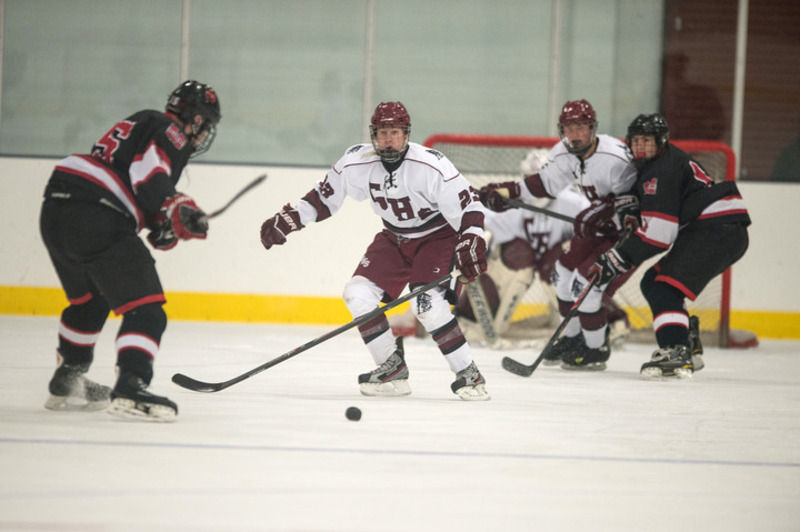 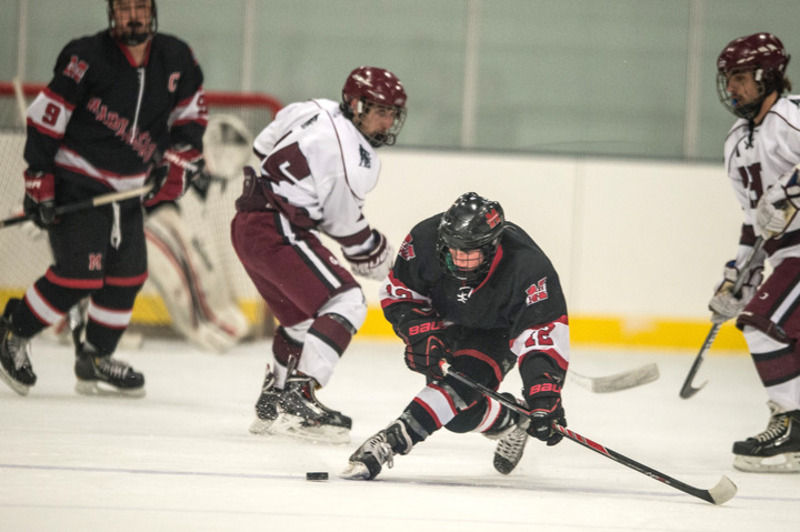 Last night in the Cape Ann Savings Bank Tournament first round at Talbot Rink, the Headers left no doubt.

Marblehad handled Gloucester, 7-3, to advance to tonight’s tournament final against Northeastern Conference rival Beverly (a 6-2 winner over Triton in last night’s other game).

The Headers scored five times in the first period, goals that were enough to hold off Gloucester’s surge in the final two periods. Senior captain Tom Koopman, and his younger brother, sophomore forward Matt Koopman combined for 10 points (4 goals and 6 assists) in the first period. That onslaught was just too much to overcome for the Fishermen despite a hat trick by Jack Nicastro.

The Fishermen started the game off with a quick goal, just fifteen seconds into the game, when Nicastro scored his first goal of the evening. The Headers came charging right back though, beginning with Tom Koopman’s first goal set-up by his brother Matt and senior captain Liam Gillis just three minutes later. Not even two minutes after Marblehead tied the game, Tom Koopman got the first of his three assists when he set-up freshman forward Branden Haley to take the 2-1 lead.

The Koopman brothers weren’t done just yet as Matt scored the first of his two goals on brother Tom and Haley’s assist. Tom would set-up his brother Matt one more time with 5:27 left in the first and giving them the 4-1 advantage.

Fishermen head coach Don Lowe made a change at that point, bringing in junior goalie Derek Morris hoping it would rally the troops. But the Magicians would score one more time before the opening period would come to a close, a goal by senior forward Colby Sheppard made it 5-1.

Marblehead freshman defenseman Alex Del Vento scored 8:10 into the second period. The Fishermen refused to give up as junior forward Brian Bos and senior forward Matthew Lane set-up Nicastro’s second goal of the night, cutting it to a 6-2 Marblehead lead heading into the final frame.

The final Marblehead goal was something you don’t see too often with three brothers hooking up: Tom Koopman scored his second goal of the game on an assist by brothers Kyle and Matt, making it 7-2. Nicastro completed his hat trick to finisht he scoring later in the third.

The Fishermen face Triton in today’s consolation game at 6 p.m. followed by Beverly and Marblehead for the title at 8 p.m.