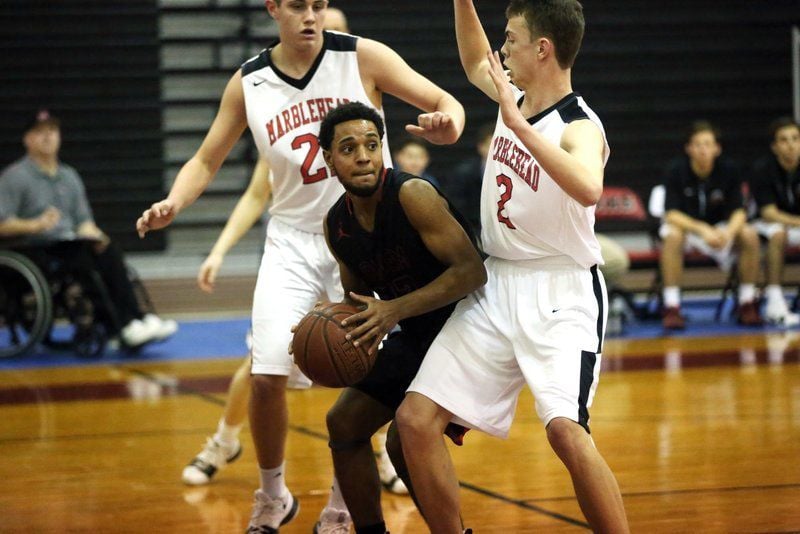 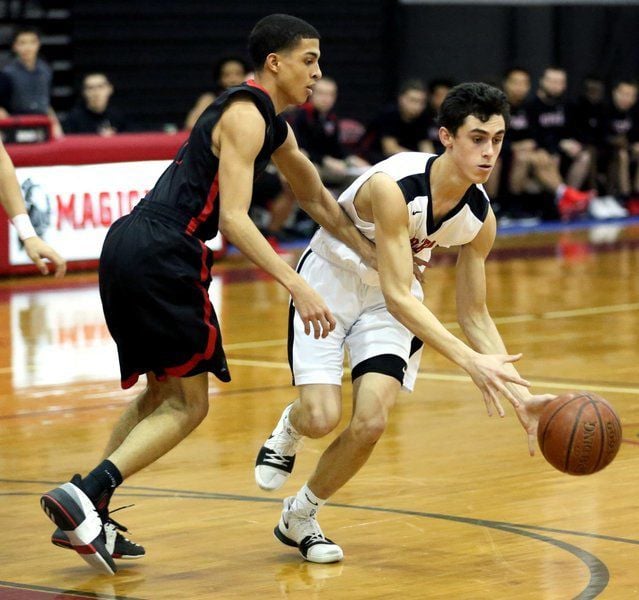 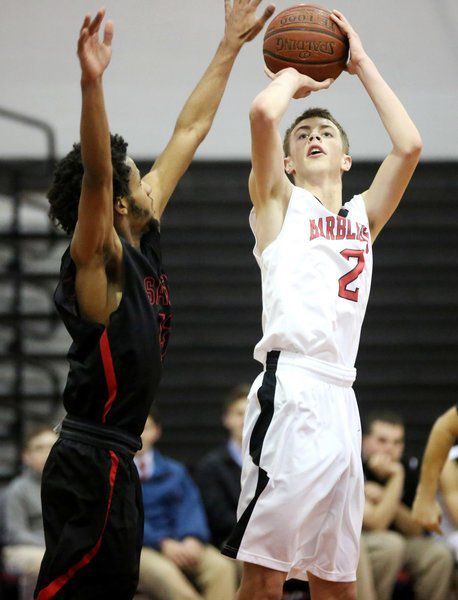 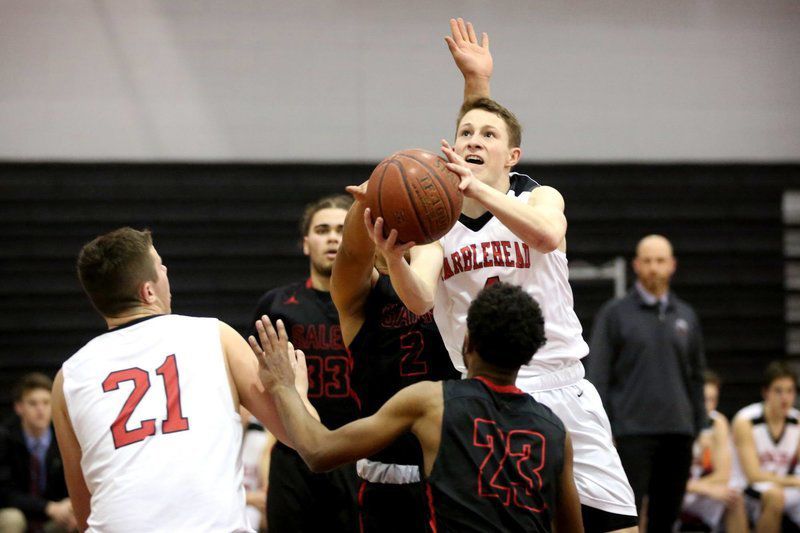 HADLEY GREEN/Staff photoMarblehead’s Sean McCarthy leans in for a finger roll in Tuesday’s win over Salem. McCarthy, a sophomore, finished with 13 points and a game-high five steals. 01/23/18 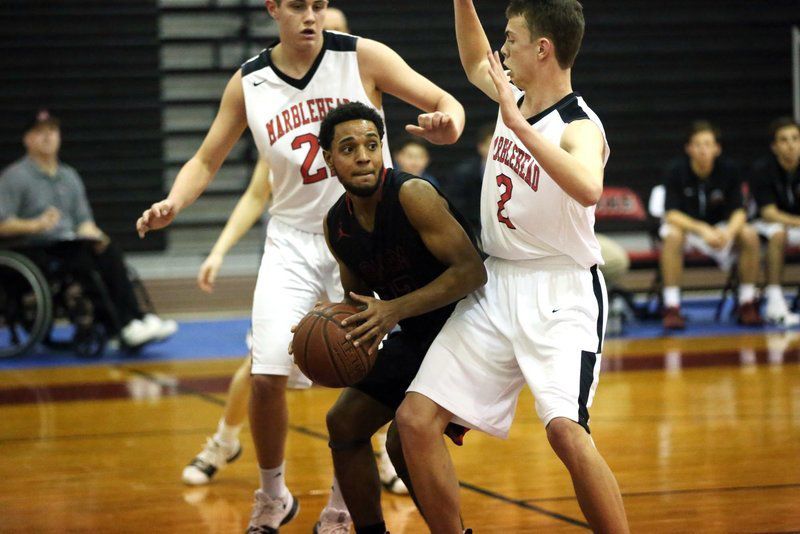 HADLEY GREEN/Staff photoMarblehead’s Sean McCarthy leans in for a finger roll in Tuesday’s win over Salem. McCarthy, a sophomore, finished with 13 points and a game-high five steals. 01/23/18

MARBLEHEAD — With just over a minute to go in Tuesday night’s Northeastern Conference boys hoops bout, Marblehead frantically swung the ball around the arc looking for the best available shot.

At the time, the Magicians were nursing a somewhat comfortable eight-point lead, but against triple-happy Salem no advantage was safe.

As the shot clock approached zero, likely candidates to step up and effectively put the game out of reach with a bucket were seniors Derek Marino or Seamus Keaney, or even big man Dewey Millett. Instead, it was sophomore Sean McCarthy who fearlessly drove the lane and laid one up and in to increase the lead back to double-digits.

It was that kind of night for McCarthy, who finished with 13 points in his team’s impressive 51-43 win.

“Sean is young, we have to remind him all the time to play with heart and play with emotion but not play emotionally and let the moment sweep you away,” said Marblehead head coach Mike Giardi, his team now 6-5. “But he was good tonight; he’s really starting to come along and hopefully it’ll keep going for him.”

McCarthy’s offensive contributions were obviously a big boost, but it was his defense that helped the Magicians get past a normally high-scoring Salem squad.

McCarthy had a game-high five steals on the evening and helped his teammates keep Salem from entering the paint comfortably all game. The result was a slew of 3-point attempts by the visitors, who canned eight of them but missed much more. Marblehead’s 3-2 zone forced Salem into long jumpers, and good ball movement led did lead to some open looks, they just didn’t want to fall consistently.

“We just didn’t attack the defense,” said Salem head coach Tom Doyle. “They did a nice job, but we settled and didn’t really try to attack the rim. When triples aren’t falling you have to make adjustments but ultimately we just couldn’t score the basketball. They really did a nicee job slowing us down.”

The 43 points were a season-low for Salem, who was held to a then season-low 44 last time out in a loss to Gloucester. The Witches were led by Nate Lebron (13 points, 7 rebounds, 3 assists, 2 steals) and Bryan Pena (11 points, 3 assists). Isaiah Williamson was strong on the glass with seven boards and hit a late three that helped cut the deficit to just five late in the fourth, but it wasn’t enough.

For Marblehead, Marino was able to get going down low en route to a game-high 16 points to go with nine rebounds, while Millett snared a game-high 11 rebounds to go with six points. Seamus Keaney finished with 12 points and three assists, making some smart decisions all night, and Dan Doherty played big minutes en route to a pair of baskets and nine boards.

“The kids did a good job communicating tonight, playing smart and really forcing Salem to stay on the outside and settle for a lot three’s,” added Giardi. “Fortunate for us they weren’t falling and we were able to capitalize on the other end.”