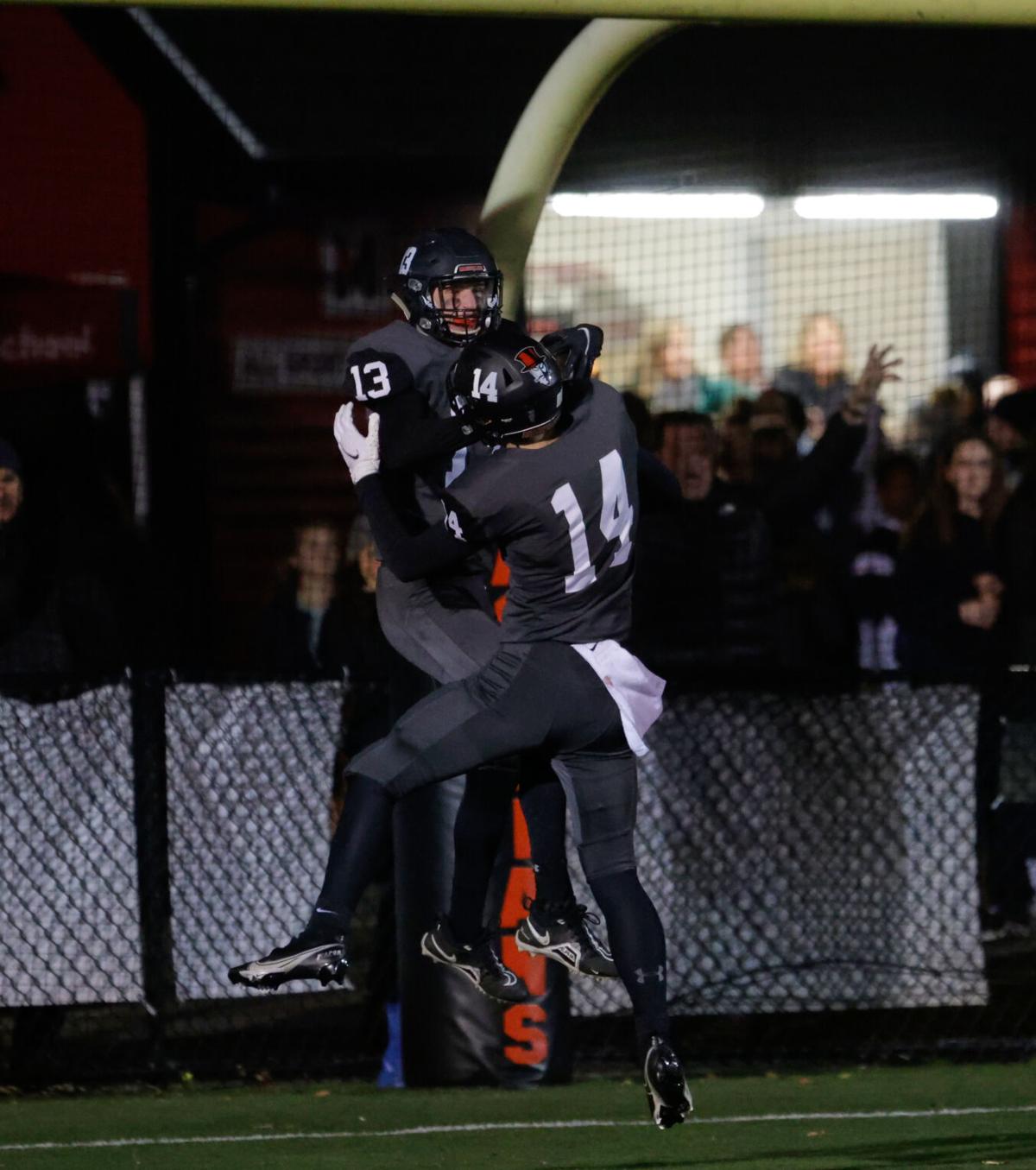 Marblehead’s Drew Annese will be hoping there’s more to celebrate on the Gillette Stadium turf in Thursday’s Division 3 Super Bowl. 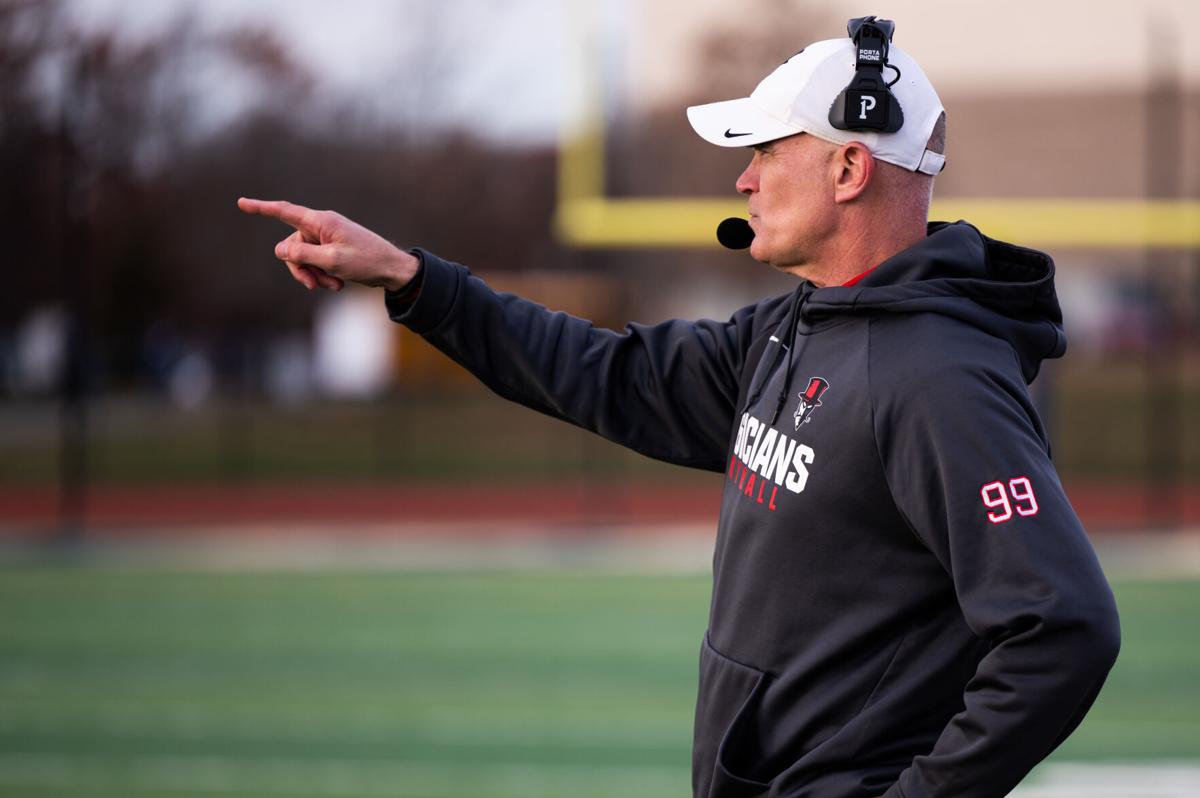 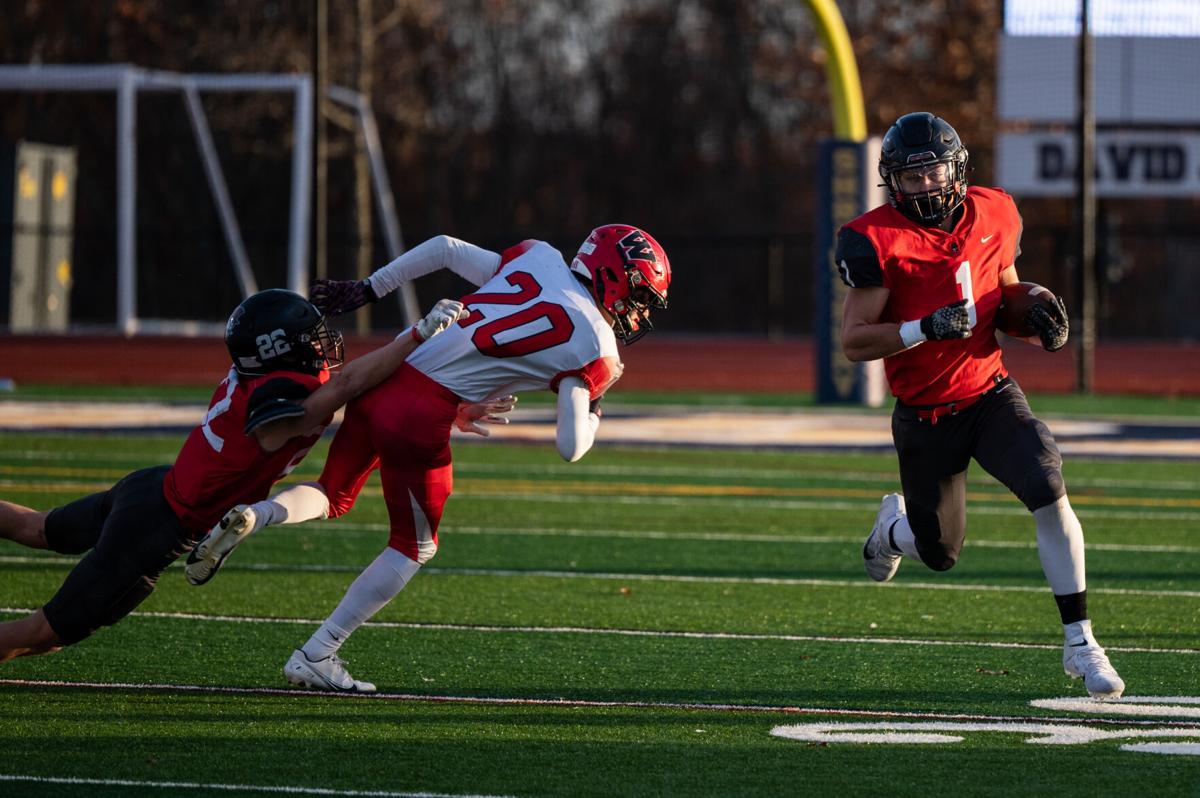 George Percy of Marblehead gives the Magicians some punch in the ground game.

Marblehead’s Drew Annese will be hoping there’s more to celebrate on the Gillette Stadium turf in Thursday’s Division 3 Super Bowl.

George Percy of Marblehead gives the Magicians some punch in the ground game.

Something has to give when North Attleboro’s standout running back, Tyler DeMattio, collides with unbeaten Marblehead’s defense in Thursday’s Division 3 Super Bowl at Gillette Stadium (3 p.m.).

Nobody in the state playoffs has been able to slow down DeMattio, who slashed for 143, 152 and 174 rushing yards in the Red Rocketeers’ three postseason wins. Yet no one has managed to rush for even 100 yards against the Magicians (11-0) in the postseason, either.

Which of those trends continues on Thursday afternoon should go a long way towards deciding which team hoists the Agganis Trophy as state champs.

As has been typical under head coach Jim Rudloff, Marblehead has been stingy against the run all season. The Magicians have not allowed any player to hit the century mark rushing over the course of their current 19-game win streak — and in 22 games overall going back to Oct. 27, 2019.

It’s a credit to the team’s defensive line, anchored by seniors Ned Fitzgerald and A.J. Andriano in the middle, and to tackling machine George Percy at middle linebacker. Senior Liam McIlroy has done a great job alongside senior Drew Annese, and youngster Christian Pacheco has stepped into a big role as a sophomore impact player.

Add to the mix junior safety Connor Cronin, one of the better run support tacklers north of Boston, and you’ve got a great recipe for success stuffing the run.

How does North Attleboro (8-3) punish opposing defenses? The Rocketeers can run it out of a multi-back, diamond shaped backfield formation and can also do damage in traditional I-based sets. DeMattio is a powerful, downhill runner who’s tough to bring down on the first hit and racks up yards after contact; he’s got 11 touchdowns in the postseason and 19 overall.

After playing quarterback in his sophomore and junior seasons, DeMattio moved to running back so he could devote more time to being a bruising linebacker on the other side of the ball. Freshman Chase Frisoli took over under center and has thrown 10 TD passes in his 10 career starts.

Gavin Wells (6 TDs) is North Attleboro’s big target in the passing game; Tyler Bannon (8 TDs) is another dangerous running back.

Both Marblehead and North Attleboro are battle-tested heading into Thursday’s Super Bowl. Going through an always difficult Hockomock League schedule, the Red Rocketeers beat Division 2 Super Bowl participant King Phillip by a point (20-19) early in the season while Marblehead held off Division 5 Super Bowl finalist Swampscott by a field goal (31-28) on Thanksgiving Day.

The unbeaten Magicians earned the top seed in Division 3, and it’s a testament to North Attleboro’s tough schedule that they earned the No. 3 seed with a 4-3 regular season record.

For North Attleboro, coached by alum Don Johnson, it’s their first trip to Gillette Stadium since a 2017 loss to St. John’s Shrewsbury. Marblehead is making its third Super Bowl appearance under Rudloff, with setbacks in the title game in 2009 and 2016.

Cronin has piled up 61 receptions for 786 yards and eight scores, while senior captain James Doody has 616 yards with seven touchdowns and fellow captain Craig Michalowski has hauled in three scores. Percy leads Marblehead on the ground with 585 yards and seven touchdowns, with Robertston (8 TDs) and Cronin (6 rushing TDs) also more than capable of toting the mail.

Since North Attleboro’s last loss to Foxboro back on Oct. 15, the Rocketeers have been tough to score on. They’ve held seven of their last eight foes to two scores or fewer, with the exception being former Swampscott coach Steve Dembowski’s Milton team; the Wildcats scored 28 but were blown away, 62-28, in the Division 3 quarterfinals.

Overall, North Attleboro has outscored its opponents 351-172 and has topped 40 points five times, with four of those on its current six-game win streak. The Rocketeers are seeking their first Super Bowl title since 2002 and have won it all seven times in program history.

Both teams are comfortable playing a variety of styles and can win in different ways, be it a shootout or a defensive struggle.

What projects as one of the best games among the eight state championships to be held at Gillette still comes down to that old football cliché of running the football and stopping the run.