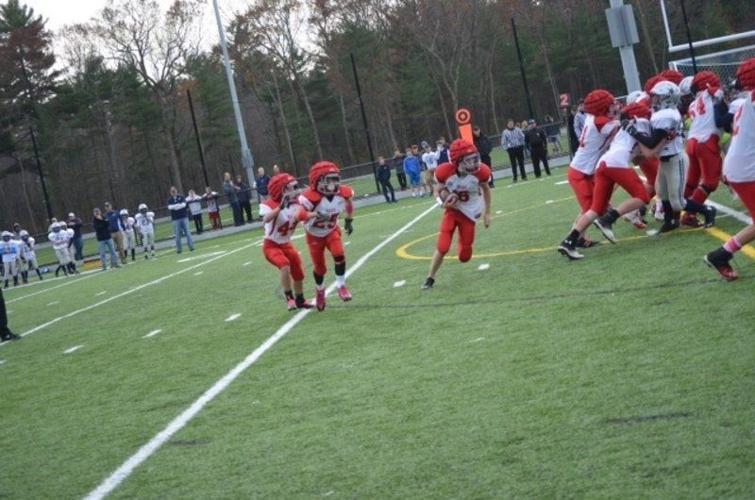 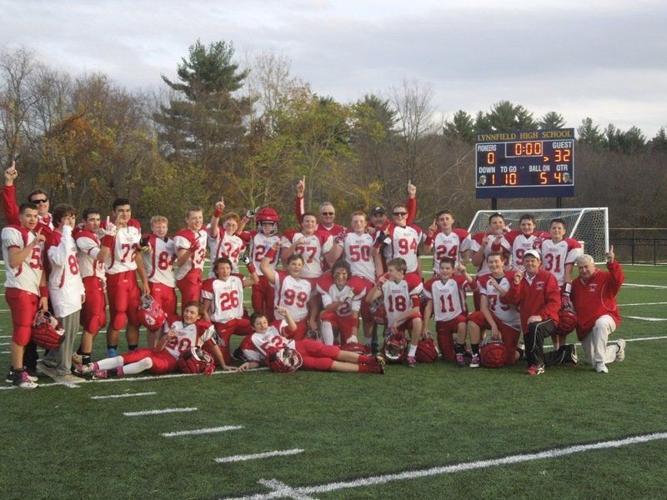 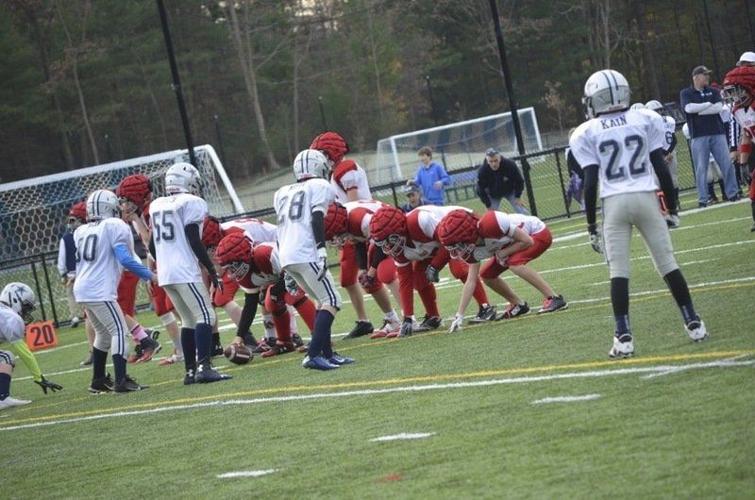 The Masconomet Youth Football 7th grade team gets set to run a play on offense during their 16-6 victory over Hamilton-Wenham that clinched the Cape Ann Super Bowl.Courtesy photo

The Masconomet Youth Football 7th grade team gets set to run a play on offense during their 16-6 victory over Hamilton-Wenham that clinched the Cape Ann Super Bowl.Courtesy photo

The Masconomet Youth Football program had a very successful season with over 200 Tri-Town youngsters from grades 3-8 participating. They began practicing in August, and the season ended with the Super Bowl championships this month with great support from cheerleaders and parents.

"We had nine teams and an unprecedented overall record in the Cape Ann League of 58-23-1," said Brian Hubbard, who is the commissioner of MYF. "Two teams were undefeated in the regular season (6th grade varsity and 7th grade varsity), and three went to the Super Bowl (6th, 7th, and 8th grade).

Beyond the wins and losses they came together to make friends, form bonds, and create a wonderful atmosphere of hard work and accomplishment."

Both the 7th and 8th grade teams won the Super Bowl. The Masco B team (7th graders) had their second consecutive perfect 10-0 season and for the second year in a row are Super Bowl champs. The Chieftains beat Marblehead, 14-0 on a snowy Sunday while Hamilton-Wenham crushed Danvers, 44-0 to advance to the championship game.

The Generals struck first after an interception to take a 6-0 lead, but Masco answered back after a fumble recovery by Zack Manual, who returned it 50 yards to tie it up. The Chieftains, who had the league's top ranked offense and defense, went ahead for good on the PAT by Billy Stevens. In the third quarter Stevens had a 13-yard touchdown run, and split the uprights to put Masco ahead, 16-6. Stevens got key blocks from Matheous Kartsounis and Harrison Latimer to open the hole.

Colby Fecteau recovered an HW fumble late in the game. Sam Lockhart and Caleb Clark took turns running the ball to the Generals' 10-yard line before they took a knee before time expired. The Masco defense had not given up a point all year until the Generals scored.

"This was a very exciting, had fought game between two very strong and well coached teams that came down to a handful of plays," said MYF coach Ned Stevens. "Our defense played tough and our offense was patient, disciplined, and consistent. I told the kids football is a team game, and we need all 23 of our players to do their best. I could not have asked for a better group of kids to coach. They supported each other and listened to their coaches."

The 8th grade A-team posted a 32-0 win over the North Reading Hornets at Lynnfield High. During the regular season the team, which was coached by Jody Latimer and assistants Mike Ford, Scott Silver, Kevin White, and Jay Dooley, posted a 6-2 record. Masco was seeded fourth, and beat North Andover, 20-0 in the first round. NA was one of the teams that had defeated the Chieftains earlier.

It was a great way for the Chieftains to finish their youth football careers after losing the title game a year ago. The team was awarded the Rich Vitale trophy after the game.