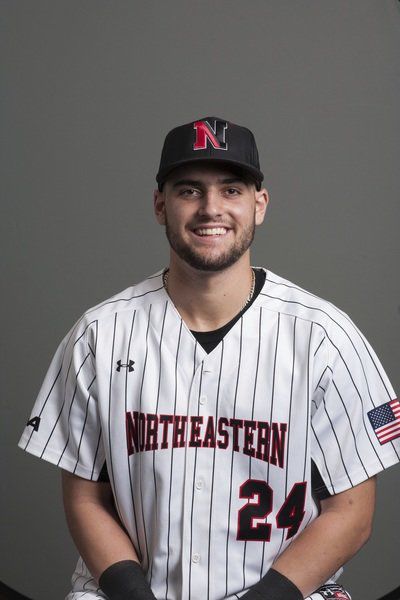 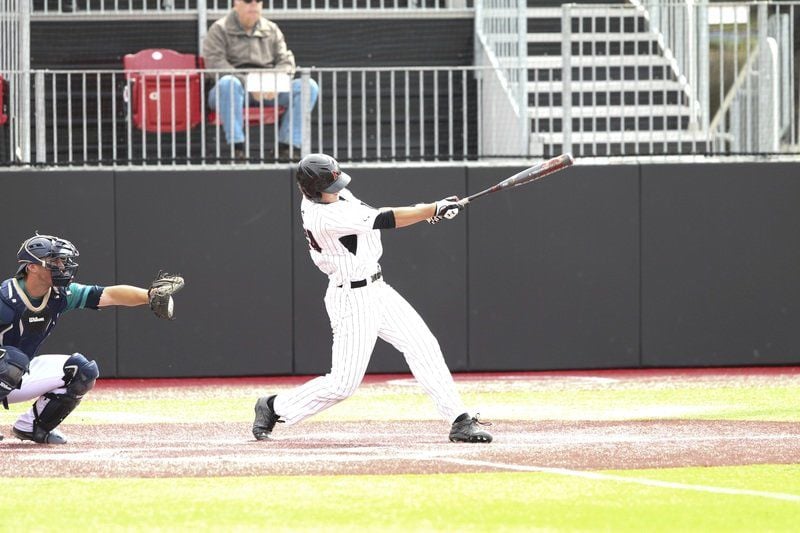 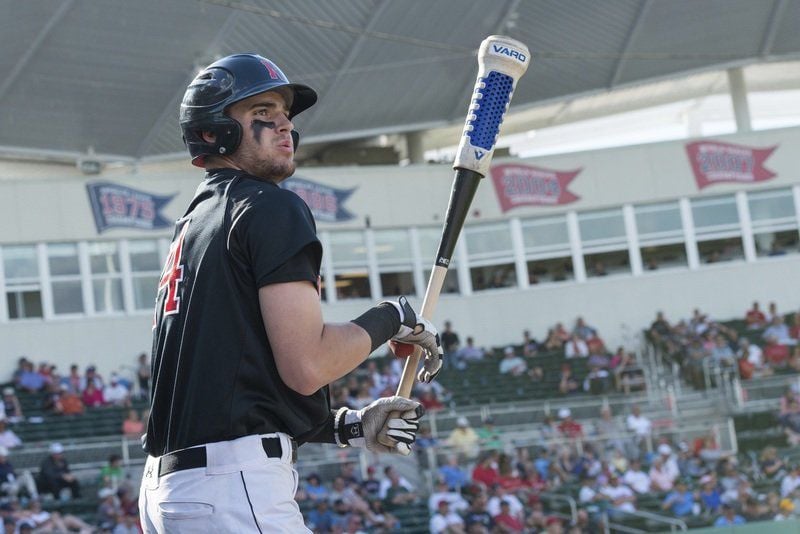 One of the privileges of playing college baseball for Northeastern University, as Max Burt well knows, is getting the chance to face the Boston Red Sox in an exhibition each year at Jet Blue Park in Fort Myers, Fla. Courtesy photo 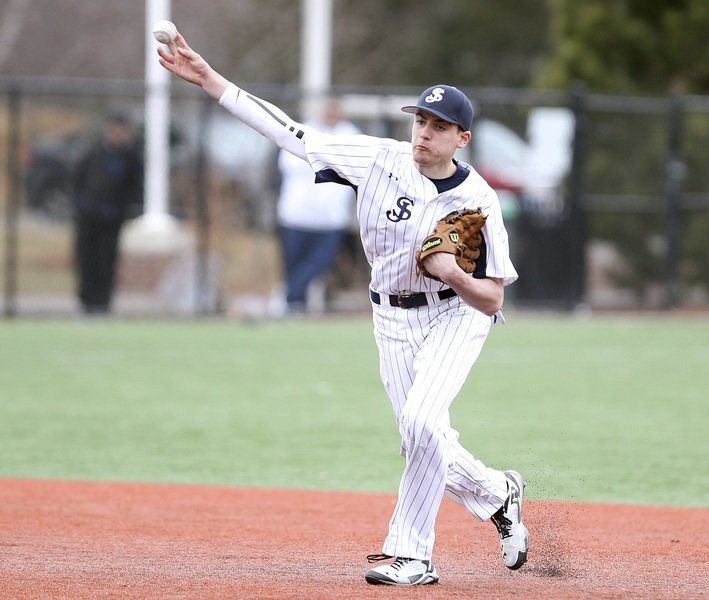 Max Burt had a terrific career at St. John's Prep, committing just one error at shortstop as a senior while being named the school's Athlete of the Year. Courtesy photo 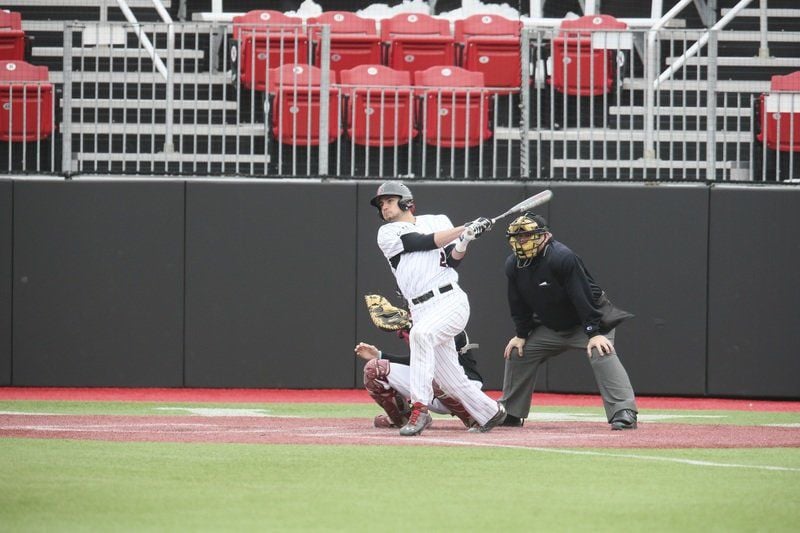 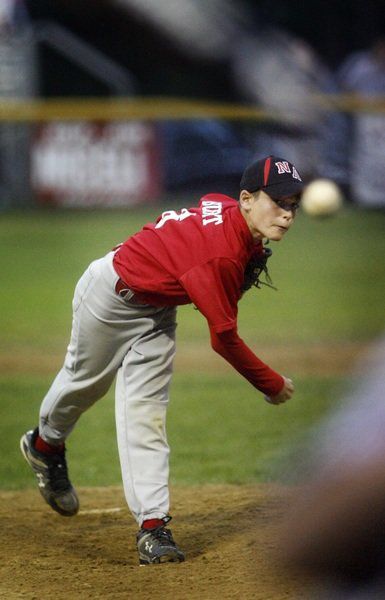 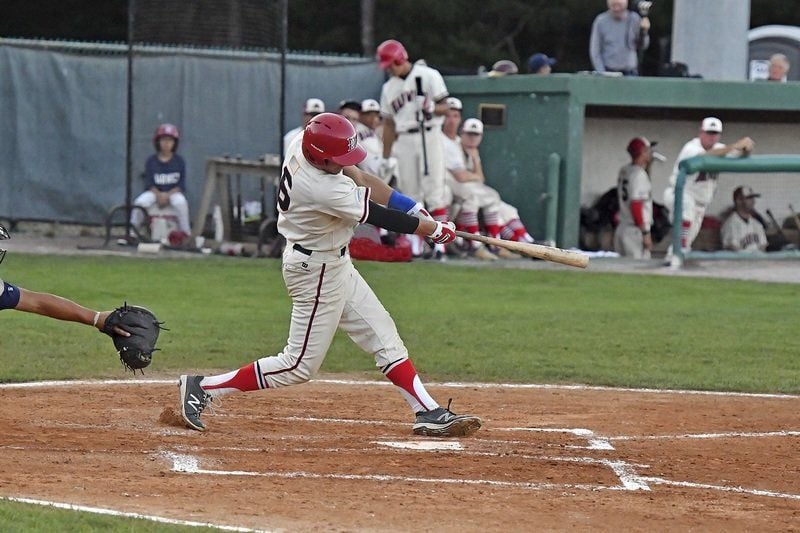 Learning valuable lessons about playing baseball against top competition while learning to deal with disappointment were two of the greatest gifts Max Burt picked up playing in the Cape Cod Baseball League last summer for the Harwich Mariners. Courtesy photo 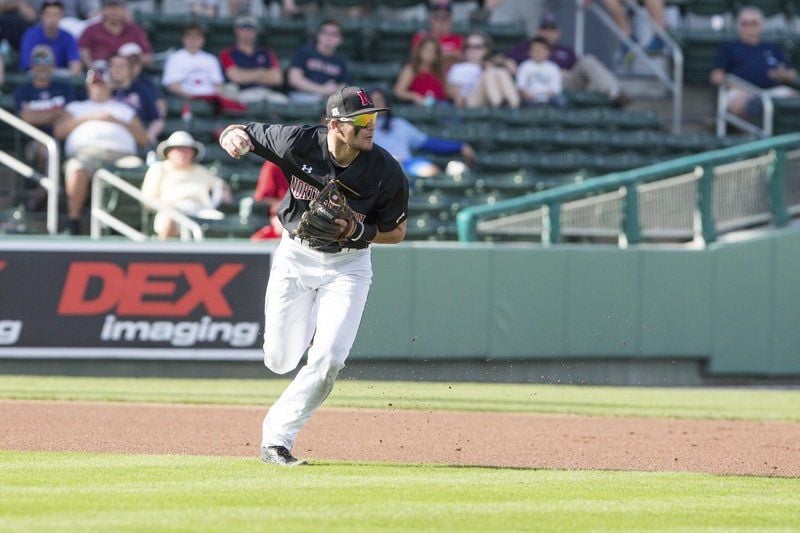 One of the privileges of playing college baseball for Northeastern University, as Max Burt well knows, is getting the chance to face the Boston Red Sox in an exhibition each year at Jet Blue Park in Fort Myers, Fla. Courtesy photo

Max Burt had a terrific career at St. John's Prep, committing just one error at shortstop as a senior while being named the school's Athlete of the Year. Courtesy photo

Learning valuable lessons about playing baseball against top competition while learning to deal with disappointment were two of the greatest gifts Max Burt picked up playing in the Cape Cod Baseball League last summer for the Harwich Mariners. Courtesy photo

The words come out of his mouth smoothly. They mirror the way he instinctively goes into the hole at short, collects a one-hop bullet with his backhand, pivots and in one motion fires a seed to first base for the out.

"I'm a grinder of a baseball player," said Max Burt, the former St. John's Prep basketball and baseball star who is now a junior captain for the Northeastern University baseball team. "I'm constantly working on my game. You're never 'all set'; there's always room for improvement. That's the focus I've gone by my entire life."

Burt may think of himself as a grinder, but don't mistake him for a ballplayer looking to scratch his way onto the field. He's been ingrained in the Huskies' lineup since the day he set foot on campus, starting all 120 NU games during that time.

This past weekend at North Florida, the 6-foot-2, 195-pound North Andover resident went 5-for-8 with two doubles, a home run and five RBI in a doubleheader split with the Ospreys. Burt is hitting .280 seven games into the season as Northeastern makes its way across Florida for another two weekends before heading home.

He's not only looking to improve his offensive numbers while continuing to anchor the Huskies' infield, but Burt also relishes the added responsibility of serving as a team captain and mentor to his younger teammates.

"I want to help these guys be ready to go every day, however I can," said the 20-year-old shortstop. "When we have energy, we play well. I want to add to that energy aspect by staying positive, staying up."

Dave Letarte, who served as both an assistant and head coach of Burt's with the St. John's Prep baseball team, remains close with him; the two communicate weekly. He's particularly proud that Burt has never lost any of the fire that burns within him to repeatedly challenge himself.

"Without a doubt Max is highly, highly motivated," said Letarte. "He's very selfless but extremely competitive — especially with himself. He has that desire to always be better and helps bring that out in his teammates. Max thrives on winning."

The only child of Bill and Mary Burt has excellent bloodlines. His father and five uncles were all talented athletes (his uncle Keith is a golf pro in Florida), and the Bunkers on his mother's side excelled in, among other pursuits, football and lacrosse at Masconomet Regional, then in college and even the pro level of Major League Lacrosse.

A dominant pitcher and shortstop in North Andover Little League, Burt decided to test his mettle against the best there was to offer when it time to choose a high school. He speaks glowingly of St. John's Prep: the brotherhood, sense of belonging and how students bring out the best in each other both in the classroom and in athletics.

But it was not always easy, especially early on.

When that time came, Burt was ready. With a late growth spurt as his ally, he made an impact as a starter on both the hardcourt and the diamond in his junior year.  He joined the Prep golf team as a senior (helping the Eagles win a state title), ran the floor adroitly as a guard for the basketball team and, come spring, was a leadoff man who hit .330 with acute baserunning skills while committing just a single error in 26 games at shortstop.

He never lost that grind attitude he came in with, either. Watching Pat Connaughton, who went on to fame at Notre Dame and now plays for the Portland Trail Blazers, "working harder than anyone else when he was already the best (basketball) player in the state left a huge impact on me as a freshman," Burt realled.

Of all the outstanding talents across all athletic platforms at St. John's, it was Burt, a National Honor Society member, who was chosen as the school's Athlete of the Year in 2014, his senior year of high school.

"I can remember sitting on the stairs outside after getting the (head) baseball job and Max telling me, 'Coach, I want to play Division 1 baseball.' You could tell he was going to do everything in his power to make that happen ... and he has," recalled Letarte.

Northeastern University, with its Business program and Division 1 baseball program headed up by Mike Glavine, would be Burt's next stop.

Not unexpectedly, the speed of the college game was the biggest adjustment for Burt. Seeing much better pitching, hurlers who could spot pitches on the black or throw a 3-2 changeup with confidence, was another obstacle that he needed to overcome.

But he believed in himself and his ability — and so did his team. He was close with Dustin Hunt, his former St. John's Prep teammate and Huskies' mound standout who was drafted by the Houston Astros last June. Burt also paid close attention to the club's veterans, particularly catcher Josh Treff (a captain for each of Burt's first two seasons on Huntington Ave.) and how he handled himself, dealt with the inevitable slumps and remained positive.

"Josh was a lead-by-example guy, and now I've tried to take on that same (approach) as captain," said Burt. "Even if I'm not having my best day, I have to stay positive for the boys."

Playing in the wooden bat Cape Cod Baseball League has also paid huge dividends in Burt's game. Better plate discipline, pitch selection and having a much greater understanding of what elite pitchers throw in certain counts was all part of his learning experience while playing for the Harwich Mariners last summer.

"The Cape really tests you to see if you can deal with failure in baseball," Burt admitted. "You're going to go through stretches where you're 0-for-12, 1-for-15, because you're seeing every team's Friday night (i.e., No. 1) college starter. You learn how to deal with failure and you grind through it. I hit in the low .200s but learned so much there. It was an incredible experience."

Last week, Burt and his teammates got to face the Red Sox in the teams' annual exhibition game in Fort Myers, Fla. He hit a sharp ground ball to third against Boston's southpaw starter, Brian Johnson, then belted one to deep center in his next (and final) at-bat against righty reliever Chandler Shepherd.

"It was my third time playing the Sox and it was really, really cool," said Burt, who had four assists and a putout in the contest. "You want to play well against them, but it's also free and easy. But the rest of the way, it's all business."

This is Burt's draft year, the opportunity to be selected by a Major League team in June's Amateur Draft. He'd love to be chosen, of course, but he can't fixate on something he has no control over.

What he does hold sway over — how he prepares himself for every game, trusting the process and continuing to grind — is what he'll persist in doing.

"My teammates know me as the most competitive kid, and I'll continue to be that way," he said. "I just have that competitive gene and want to be the best guy on the field. The way I do that is grinding every day, putting together competitive at-bats and getting after it."

"Certain kids have that mental makeup, that professional outlook," added Letarte, "and Max has it."

Favorite meal: "A nice steak dinner or my mom's chicken, broccoli and ziti."

Favorite movie: "The Blind Side"

Favorite athletic memory: "Winning the District (14) championship as a 12-year-old on the North Andover all-stars. We were the first team to ever do that from North Andover."