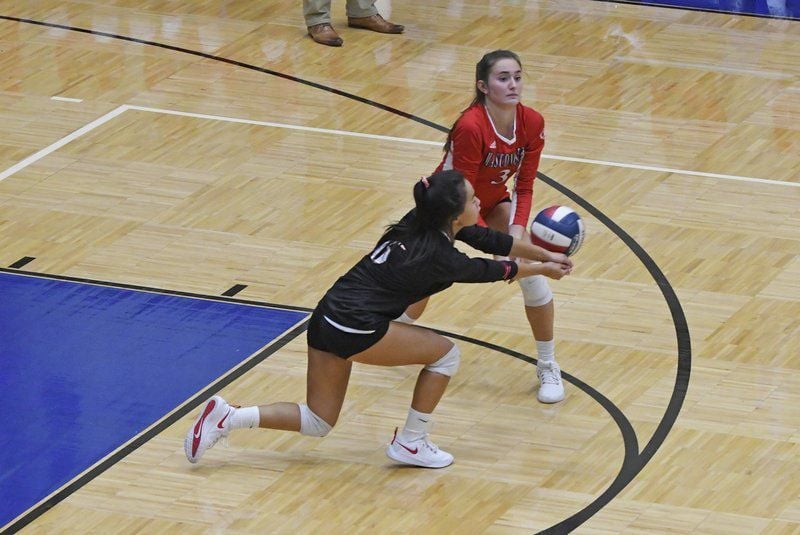 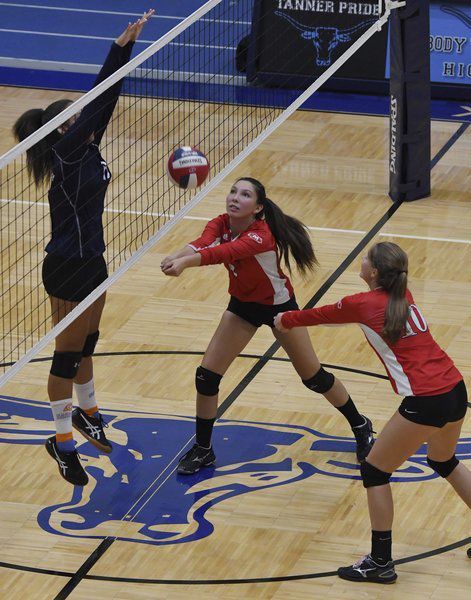 Photo by joebrownphotos.comPeabody’s Aaliyah Alleyne (left) sends the ball over the net but Masconomet’s Rheanna Murray (center) and Rebecca Toomey work to return the volley. For more photos and scores from yesterday’s local action, see our roundup on Page 8. 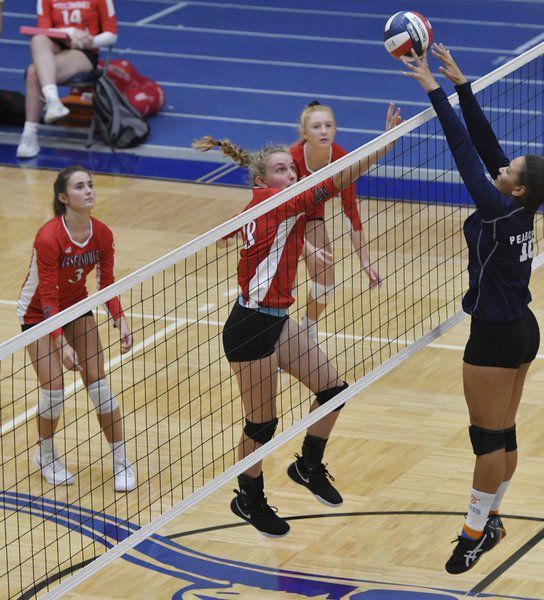 Photo by joebrownphotos.comPeabody’s Aaliyah Alleyne (left) sends the ball over the net but Masconomet’s Rheanna Murray (center) and Rebecca Toomey work to return the volley. For more photos and scores from yesterday’s local action, see our roundup on Page 8.

Marblehead 6, Gloucester 0: The Magicians (1-2) picked up their first win of the season behind goals from Emma Robinson, Anna Rigby, Mia Attallah, Ella Kramer, Cait Mullen and Carter Murray. Jose Poulin turned in a strong game in the midfield while Rigby and Robinson both stood out in the midfield.

Beverly 2, Swampscott 1: Leah Whitehair and Cassie Jones each scored while Sarah Hall added an assist to power the Panthers (2-0) to another win. Sydney Anderson was stout in net and saved a penalty kick to preserve the lead in the second half, while Lily Cook and Ariane Chanda each turned in stout defensive efforts in front of her.

St. John’s Prep 5, Everett 1: A quartet of seniors led the way for the Prep as the Eagles captured their second victory of the season in as many games over the visiting Everett squad. Two senior forwards and co-captains, Ethan Ambrosh and Gabe Najim, tallied both goals and assists in the match as Ambrosh walked away with two apiece while Najim had one goal and two assists. To round out the scoring, senior midfielder Jack Hausler scored one goal while senior co-captain and center back, Ryan Hart, showed some offensive prowess with a goal of his own.

Ipswich 2, Georgetown 0: Senior forward Tatum Galuski and sophomore forward Lexi James had first half goals while keepers  Kayla Laddin and Morgan Bodwell each stopped eight shots for the shutout to power the Tigers to victory. Riley Daly and Ali Moulton had assists for Ipswich, while James’ goal was the first of her varsity career.

Manchester Essex 4, Hamilton-Wenham 1: Sarah Cooke scored off a pass from Brynn McKechnie in the first half, but the Generals ultimately couldn’t keep pace with the ultra talented Hornets. Neve Scheckells, Maeve Folger, Sarah Traverse and goalie Maeve Clark all had strong showings for H-W.

Bishop Fenwick 3, Beverly 1: Bishop Fenwick improved to 2-0 this season, defeating the visiting Panthers three sets to one on Monday. Middle Brynn Bertucci and outside hitter Sophia Pregent starred for the Crusaders as Bertucci collected six kills and three aces on the night while Pregent had a total of six aces herself.

Essex Tech 3, Greater Lawrence 2: Essex Tech rallied from down two sets to none to come back and defeat Greater Lawrence. After dropping sets one (25-20) and two (26-24), the Hawks rattled off three straight wins (25-16, 25-13, 15-13) to stun Greater Lawrence and claim their second win of the season. Ariana Magee lead the offense for the Hawks while Ana Fernandes anchored the defense.

Hamilton-Wenham 105, Northeast Regional 79: Three different H-W golfers led the way for the squad as Justin Trembley scored 26 points, Peter Goeben had 23 points and Peter Gourdeau took home 16 points. Next up for the Generals is a matchup with Lynn Classical.