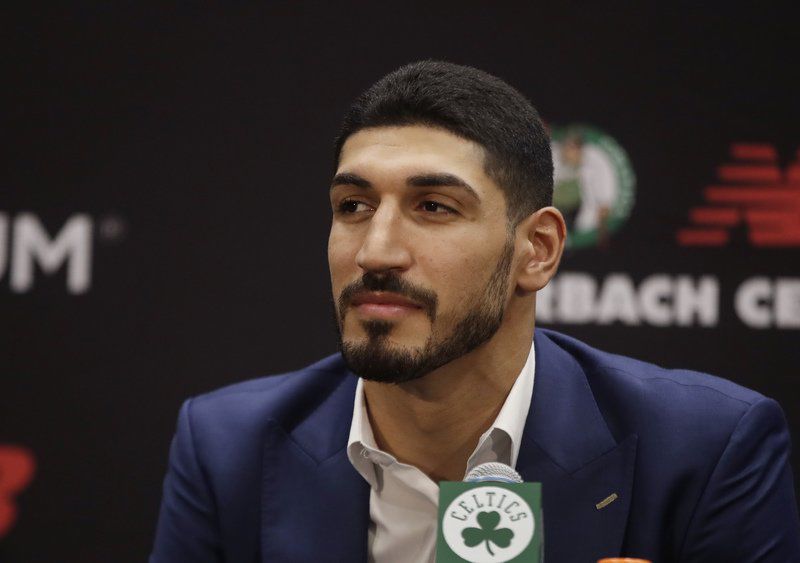 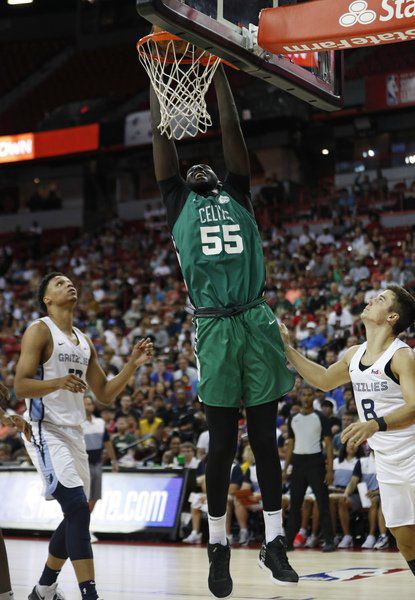 Tacko Fall dunks against the Memphis Grizzlies during an NBA summer league basketball game. Fall impressed during the summer and signed a contract with the franchise. (AP Photo/John Locher)

Tacko Fall dunks against the Memphis Grizzlies during an NBA summer league basketball game. Fall impressed during the summer and signed a contract with the franchise. (AP Photo/John Locher)

Editor’s note: This is the final piece of a three part series focusing on the Boston Celtics current depth chart heading into the 2019-20 season. Today’s edition highlights each center on the roster.

At last, we’ve come to the most intriguing position on the 2019-20 Boston Celtics’ roster: the centers. Sans Daniel Theis, all three other options are new to the squad this year. Enes Kanter is the most prolific name on that list, while Tacko Fall has garnered much of the headlines.

Here’s a look at those three guys, as well as another interesting young addition at the center position.

In Enes Kanter, the Celtics have a scoring big man to fill the void lost with Al Horford. He’s also already becoming a fan favorite thanks to his outgoing (and sometimes controversial) personality, and he has the talent to back it up. Boston will be the Turkish big man’s fifth team since being drafted third overall by the Utah Jazz back in 2011, and so far everywhere he’s gone, he’s produced.

Kanter has averaged a double-double twice throughout his career and flirted with those numbers in every other season since 2013. At 6-foot-11, he has great footwork and a soft touch around the rim. He’s a mid-to-high-level rebounding big who has averaged 7.6 caroms for his career, including a 9.8 per game clip in 67 games last season. The C’s are paying Kanter just $10 million over the next two years for his services, a shockingly low figure for a player of his caliber. He’ll play a large roll in Boston this coming winter.

Reserve big man Daniel Theis returns to Beantown for a third season, and the Celtics are happy to have him back. But the 6-foot-8 German isn’t necessarily an imposing force to start in the middle, nor would he be a candidate for a spot in the starting lineup over the likes of Hayward, Tatum or Brown.

With that being said, every team needs bench guys and Theis is the perfect fit for that role. He’s done his job in each of the past two seasons (his only in the NBA) while playing with heart, energy and grit. Last year, he even improved upon his 3-ball, connecting on nearly 39 percent of his tries in exactly one attempt per contest.

Moving on to the guy everyone is talking about: Tacko Fall. The 7-foot-7 UCF graduate was originally thought of as a Summer League roster fill. But the big fella impressed enough during that short two-week stint to earn a contract with the franchise. Fall is going to be a fun player to follow, and honestly, his unprecedented height and surprisingly well put together game could be of use to the Cs in certain matchups.

In college, Fall was largely used to clog up the middle defensively and dunk the ball over anyone and everyone on offense. But a closer look at his game during the Summer League showed us that he’s capable of running the floor and helping in transition better than you’d think for a guy his size, and he’s craftier down low than most people think.

It would be wise to believe Fall will spend of his time in getting acclimated in the G League this season, but don’t be surprised to see him suit up for some Celtics contests throughout the year.

The Frenchman Vincent Poirier could serve a Theis-esque role this coming season. He’s only 25 but played professionally in Europe for the past five seasons. He’s every bit of 7-feet, but like many Euro players today his game resembles that of a guard. Poirier is pumped to be playing in Boston and Celtics’ fans should get used to the name — because he could very well become a nightly rotational guy.