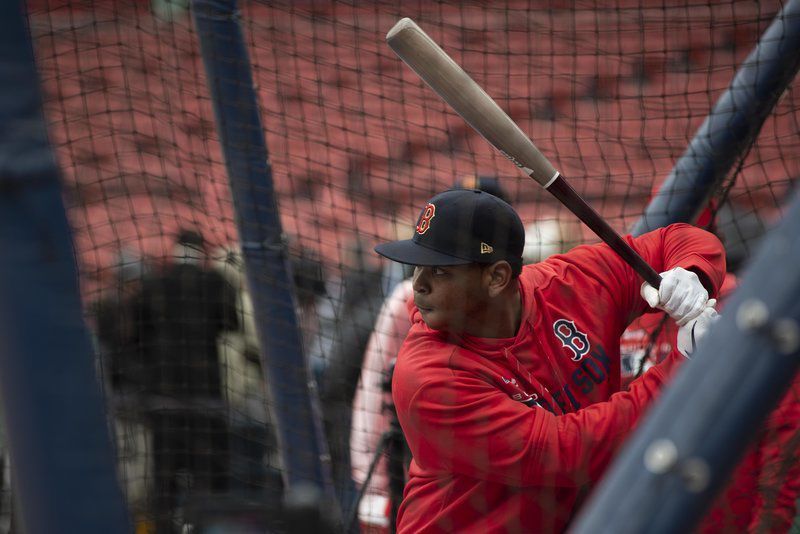 RYAN MCBRIDE/Staff photoBy the time there are fans in Fenway Park again, Raffy Devers should emerge as one of the most exciting sluggers in baseball. 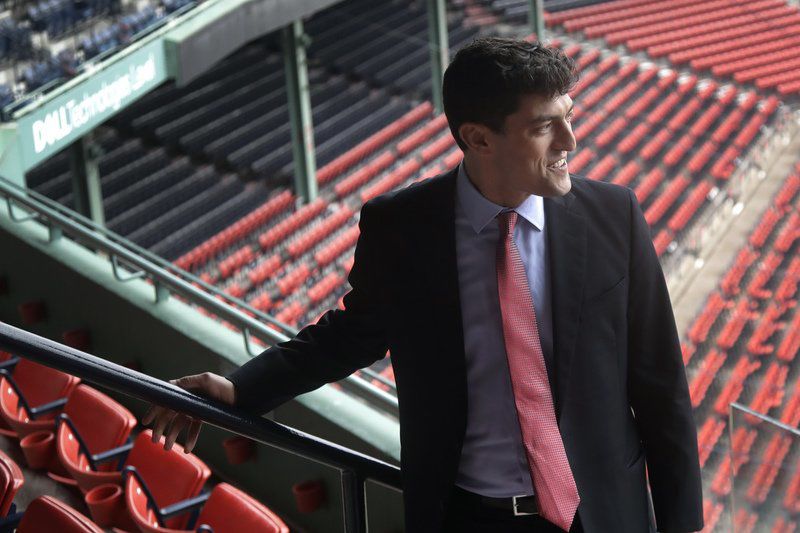 AP Photo/Elise AmendolaWhen Fenway Park is finally open for business, the Sox will be lucky to run by an outside-the-box thinker like Chaim Bloom.

RYAN MCBRIDE/Staff photoBy the time there are fans in Fenway Park again, Raffy Devers should emerge as one of the most exciting sluggers in baseball.

AP Photo/Elise AmendolaWhen Fenway Park is finally open for business, the Sox will be lucky to run by an outside-the-box thinker like Chaim Bloom.

There’s an episode of ‘Star Trek: Deep Space Nine’ written in 1993 in which the fictional hit king Buck Bokai declares:

“That was baseball’s epitaph wasn’t it? Nobody seemed to have time for us anymore.”

Barely a week into a Coronavirus shutdown that seemingly may never end, sports fans and society at large have been left with nothing but time. And, of course, no baseball.

You’ve heard the refrain over the last few years: Boston is a football town now, baseball is too slow, Little League participation is in the cellar, kids don’t like the game, it’s dying, we’re too busy for 162 games, etc, etc.

While baseball may never again be the nation’s pastime, whenever we emerge from our Coronavirus-induced sports shutdown, the game has a unique opportunity to recapture America’s attention and imagination.

It’ll be another seven weeks, at least, before there are any meaningful sports played in America. It could be longer. Basketball and hockey may need to cancel their playoffs. But baseball has the luxury of starting from scratch. Of course the health of baseball is of low concern in a global pandemic, but its very possible to acknowledge the crisis and also look to turn a major negative into some positive news for your sport.

Even the worst shutdown projections don’t really stretch into June or maybe July. So we’re going to have a baseball season and if baseball is the only sport going this summer, imagine how hungry the public will be for some day-to-day sports action.

It’s so important for baseball to take advantage of this potential impending national spotlight. All those ideas they’ve been tossing around to make the game more appealing -- playing faster, highlighting player’s personalities, capturing attention -- should be fast tracked.

What does this mean for the Red Sox, a team two years removed from a possible dynasty that’s dismantled its core, unloaded Mookie Betts and David Price and seen manager Alex Cora exiled in disgrace for a sign stealing scandal?

Well for starters, the delay will let fans angry about the offseason moves relax a bit. By the time there’s baseball at Fenway Park, Boston’s mood will be to applaud any and all action rather than boo a Betts trade that already feels like ancient history.

On the diamond? It depends what schedule MLB ultimately settles on. There’s no way they can play 162 games, right? If you’re concerned about Boston’s starting pitching and bullpen, the idea of lopping off 200-300 innings has to sound pretty good. Even better now that its been announced that ace Chris Sale is having Tommy John surgery soon.

From an excitement standpoint, the Sox are built to capture attention. They’ve got sluggers galore. A meat of the order that features J.D. Martinez, Xander Bogaerts and Raffy Devers is never going to be out of a ballgame; I’m expecting a lot of high scoring games with late inning dramatics -- exactly what baseball needs in 2020.

Whatever form baseball takes when it comes back (condensed schedule? Regular doubleheaders? Empty stadiums? Travel restrictions? Split seasons like the minor leagues?), it’ll be new. That may play into the Red Sox’s favor.

New boss Chaim Bloom is an outside-the-box thinker. He helped invent the “opener” down in Tampa with the Rays; if you’re the Red Sox, you employ a guy like Bloom and your computer program Carmine for exactly these circumstances. There’s never been a baseball season like 2020 and its great for Boston that they’re run by a guy who won’t be held hostage by “the way things have always been done.”

Unique times call for unique plans of action, and some part of me is excited to see what both MLB and the Red Sox brass dream up.

Especially now that I’ve got nothing but time for baseball again.