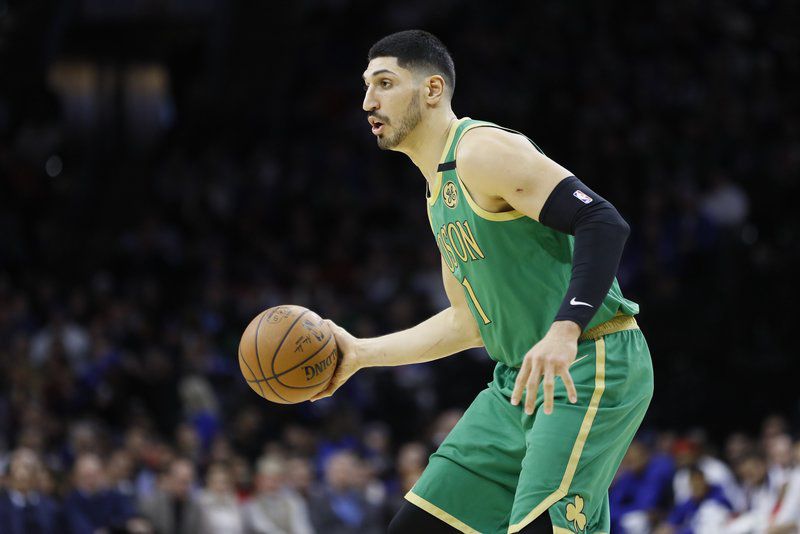 If Enes Kanter continues to perform at a high level, the Celtics may not need to add a big man at next month's NBA trade deadline. (AP Photo/Matt Slocum) 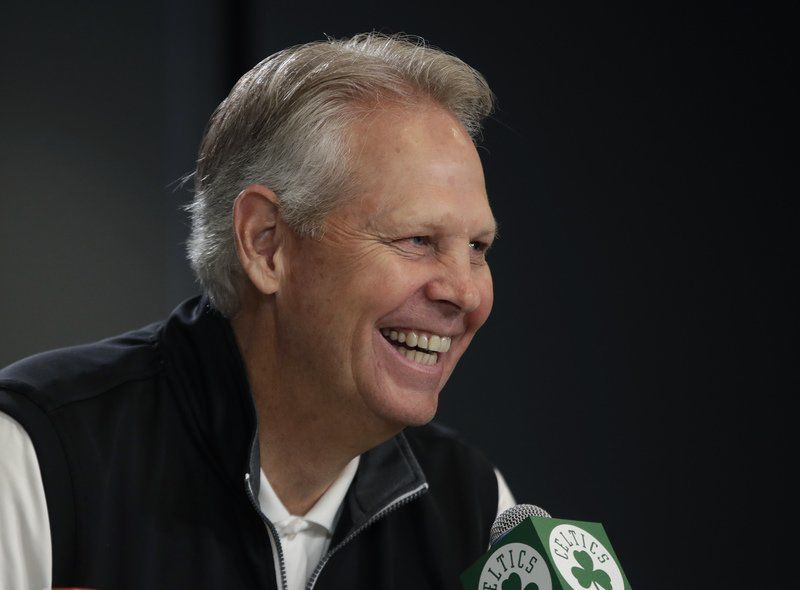 What will Danny Ainge have up his sleeve at the NBA trade deadline? (AP Photo/Elise Amendola)

If Enes Kanter continues to perform at a high level, the Celtics may not need to add a big man at next month's NBA trade deadline. (AP Photo/Matt Slocum)

What will Danny Ainge have up his sleeve at the NBA trade deadline? (AP Photo/Elise Amendola)

BOSTON — If I told you prior to the 2019-20 campaign that the Boston Celtics would sit in second place in the Eastern Conference standings as we neared the midway point of the regular season, would you have taken it?

The easy answer is absolutely.

Despite a recent three-game skid — which they ended in resounding fashion with a 35-point win over the New Orleans Pelicans on Saturday — the Cs went into Monday’s home tilt against Chicago 15 games over .500 with an impressive 26-11 record. Kemba Walker, Jayson Tatum and Jaylen Brown are all averaging at least 20 points per game and are garnering serious considerations for all-star status (Walker is a mortal lock). Gordon Hayward has been efficient as well although he’s only played in 21 games, and Marcus Smart has been as important as any player on the roster.

That begs the question, what move(s) does boss Danny Ainge need to make, if any, before the looming trade deadline on February 6. Detroit big man Andre Drummond and his monstrous five-year contract (he’s owed $27.1 this year alone) has been a name swirling around the Boston circuits for a few weeks now. But will his game fit the Cs current system? I’m not convinced.

Here’s a look at what Drummond, as well as some other potential trade targets could bring to the table.

The stats are undeniable; the Pistons prized center leads the league in rebounding at a whopping 15.9 caroms per game and couples that with a solid 17.6 points. The 6-foot-10, 280-pound UConn product does the bulk of his damage in the paint and is a great rim protector (1.8 blocks per game) on the other end. To top things off, he’s averaging a career-high in steals at 1.9 per game. Drummond can play, there’s no doubt about it, and he’s one of the best in the game at simply filling his role. But there are question marks as well.

He’s a poor free throw shooter (.460 for his career, although he’s up to .621 this season), and that can be a big problem down the stretch of close games. He also has virtually no jumper or outside shot to speak of. Would Drummond be a significant upgrade to Daniel Theis or Enes Kanter in the starting lineup? Probably. But he’s likely not worth the price of giving up a guy like Hayward.

This one’s intriguing. Gallinari is one of the league’s purest shooters and at 6-foot-10 he can stretch the floor beautifully. He’s a career 38 percent 3-point shooter and can get his shot off over pretty much anyone. Gallinari’s contract is also large (he’s owed $22.6 this year), and he’ll become a free-agent at the end of the season. The 31-year-old is the type of player that fits any system, and if he can stay healthy he’s one of the more consistent scorers in the league.

However, with the Thunder largely exceeding expectations (they’re seventh in the West with a 22-17 record heading into Monday), it seems unlikely that he would be traded. I wouldn’t be surprised to see the Cs make a push for his valuable services, but it would be tough to swindle a deal without giving up a starting piece.

Another sharpshooting big, the 6-foot-10 Bertans brings a lot of the same intangibles to the table as Gallinari — yet he’s nearly five years younger (27 to Gallinari at 32). His contract is more than manageable (he’s making about $7 million this year), and his shooting percentages are among the best in the league for his position (43.6 percent from deep and 44.8 from the field). Bertans is in for a big pay day when his two-year deal expires at the end of this season, and it appears the Wizards want to re-sign him. But if the Celtics could figure out a way to take him off their hands, he could be a tremendous piece come playoff time.

Bottom line: For the Celtics to make a splash before the deadline they’re going to have to give up a lot. Walker isn’t going anywhere and with the way Tatum and Brown have been playing it doesn’t make sense to move them either. The most likely and desirable candidates to be moved seem to be Hayward and/or Kanter -- and Kanter has been playing some phenomenal hoop lately and will probably start to see more minutes (he’s averaging just 18.3 min. per game).

If he can continue to flourish and play surprisingly good defense, there might not be any need to get another big. And if the Cs were to part ways with Hayward it would likely be for a stretch 4.

My guess would be Ainge stands pat at the trade deadline and maybe adds a journeyman free agent down the stretch for added depth. But with this franchise and Ainge’s history, who’s to say?