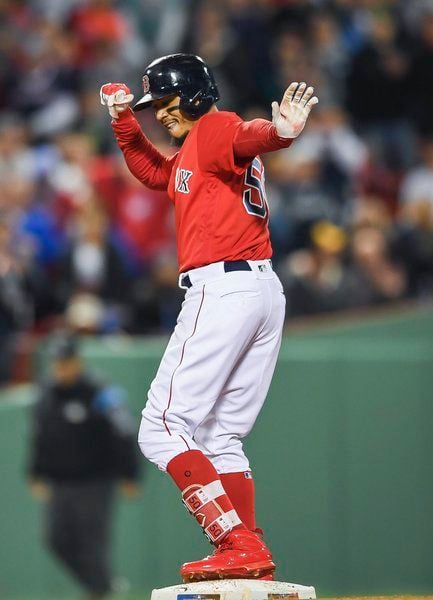 AMANDA SABGA/Staff photoMookie Betts may be dancing his way out of Boston by the end of the week. 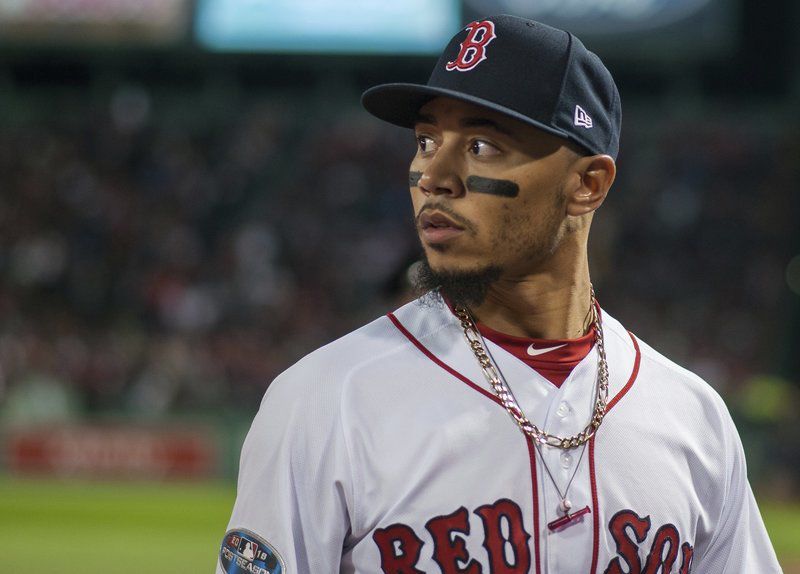 AMANDA SABGA/Staff photoMookie Betts is one of two players to finish in the top 10 in the American League MVP voting the last four years, but his contract demands could be too rich for the Red Sox blood.

AMANDA SABGA/Staff photoMookie Betts may be dancing his way out of Boston by the end of the week.

AMANDA SABGA/Staff photoMookie Betts is one of two players to finish in the top 10 in the American League MVP voting the last four years, but his contract demands could be too rich for the Red Sox blood.

If the best player in Boston is about to be traded and no one in town really seems to care all that much, does that player really belong among the city’s elite?

This is the evolving paradox of Mookie Betts, the superstar outfielder for the Red Sox who — if you believe most reports in Major League Baseball — could be shipped out of town at any moment.

The Betts sweepstakes, set to be won by either the Los Angeles Dodgers or San Diego Padres, is a sad commentary on the state of baseball.

It wasn’t that long ago that a similar bidding war between the Red Sox and Yankees for Alex Rodriguez engulfed Beantown’s winter. The A-Rod trade was the biggest story all of sports in January 2004; now, 16 years later, the Betts rumors are 1,000 watts dimmer than Tom Brady’s Hulu commercial — to say nothing of a Bill Belichick appearance at Rob Gronkowski’s weekend beach party in Miami or a couple of weekend wins by the Bruins or Celtics.

Here’s the $400 million question: Why doesn’t anybody care about Mookie Betts?

This is a guy that was drafted and developed by the Red Sox, has been the Most Valuable Player of the American League and won a World Series. He’s flashy on the field and a model citizen away from the ballpark. He’s the only player besides Mike Trout of the Angels that’s finished in the top 10 of the American League MVP voting the last four years — by most measures, the second-best player in the AL and perhaps in all of baseball.

Betts is 27 years old. He hits for power, averaging about 30 homers per year. He slugs, never hitting fewer than 40 doubles in a full season. He’s a career .301 hitter, a 4-time Gold Glove winner, a batting champion, and if you’re into Wins Above Replacement, one of the best that’s ever played.

Read those last two paragraphs again. Shouldn’t a player with that resume be a lifer at Fenway Park before going into Cooperstown?

Yet Betts, a free agent at the end of the 2020 season, has found no common ground on a long term extension with the Red Sox. Supposedly he declined a Boston offer of 10 years and $300 million, while the Sox balked at a proposed 12 years and $420 million.

It’s ludicrous but true that Boston has money problems contributing to the impasse. Baseball’s luxury tax will bury them if they go over $208 million in team payroll, so that once-lauded extension for Nathan Eovaldi and the opt-in decision by J.D Martinez are coming home to roost.

Thus, a trade involving Betts seems in the works.

With a poorly rated farm system, the Sox can’t afford to let Betts walk away for nothing at the end of the year. A deal could replenish the prospects or help move a big contract (David Price’s $32 million per year, anyone?) to provide needed flexibility going forward.

Does that mean ownership is skimping out?

Well, are the Patriots skimping out when the Chandler Jones, Malcolm Butlers and Wes Welkers of the world leave due to the NFL’s salary cap? Because make no mistake, baseball’s luxury tax is a soft cap; mismanaging almost $92 million for Eovaldi, Dustin Pedroia, Price and Chris Sale, none of whom are guaranteed to make it through 2020 healthy, put the Sox in cap jail.

Still, John Henry’s net worth has been thrown around as a disparagement in a way Robert Kraft’s never is. Such is life as a baseball owner in what’s now a football town.

That brings us back around to the crux of the issue: Betts is one of the best players on the planet, but he might not be worth the money.

By any objective measure, he’s deserving of the second-richest contract in the history of North American professional sports, just behind Trout’s $430 million windfall. Yet when an owner shells out of that kind of cash, it’s not just for stats on baseball-reference.com; it’s for attention, TV ratings, merchandise sales and putting fans in the seats.

For whatever reason, Betts doesn’t move those needles. Imagine the furor on sports radio if David Pastrnak (Bruins) or Jayson Tatum (Celtics) were trade bait?

Knowing the Betts rumors have been met with a shrug and the phrase “Now back to Tom Brady’s Instagram”, can you blame the Sox for not going all in?

Don’t think a Betts trade means the 2020 season is lost, either. There’s no reason Martinez, Raffy Devers and Xander Bogaerts can’t combine for 250 or more RBI for the Red Sox. Devers, all of 23 years old, might end up the best hitter of the bunch; letting one future Hall of Famer walk means Boston had better find a way to pay their younger slugger.

It’s a curious case when a team’s relationship with a franchise cornerstone falls over the way it has for the Red Sox and Betts.

Yet with this one, the way it’s resembled a tree falling in the forest with one no around to hear speaks volumes.