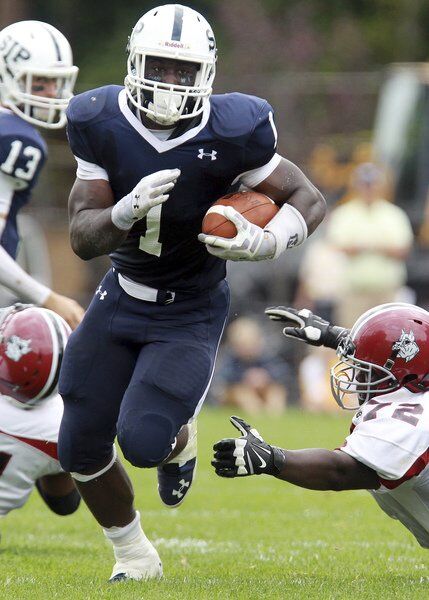 St. John's Prep running back Johnny Thomas blasts past a diving defender in Berson Desroses before bursting into the open field in his team's 36-22 win in 2013.Staff file photo/David Le 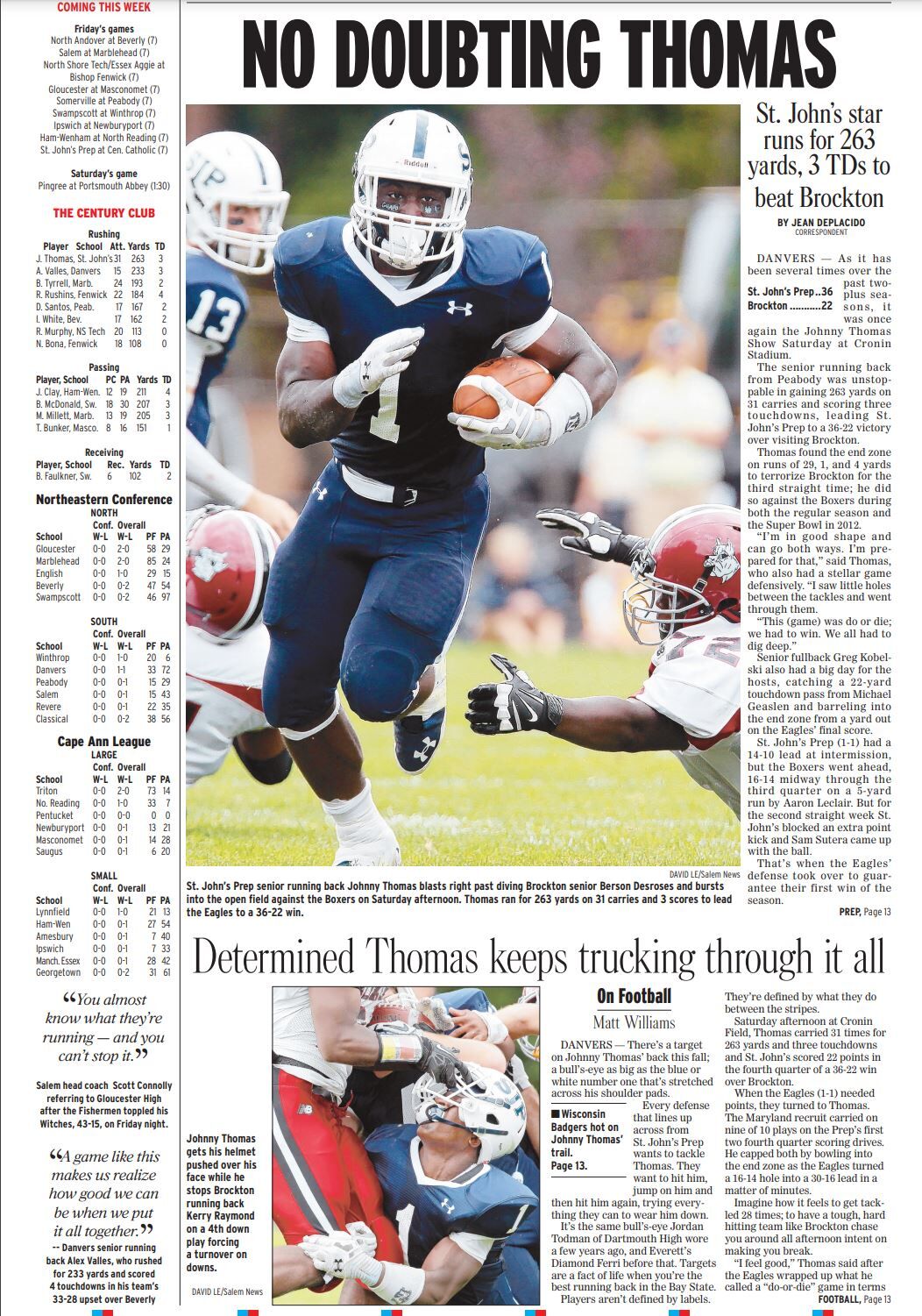 2002: Having gone winless the previous year — and with only two victories in its prior three seasons combined — Marblehead began the season off on the right foot with a 21-14 non-league triumph over North Shore Tech.

1990: Danny Collins scored the game's only touchdown on a 'Wing Right 36' play call as Peabody blanked Salem, 6-0, on the road at Bertram Field in the 76th annual meeting between the neighboring squads. The victorious Tanners would go on to finish the season a perfect 11-0 and defeat Tewksbury for the Division 1 Super Bowl.