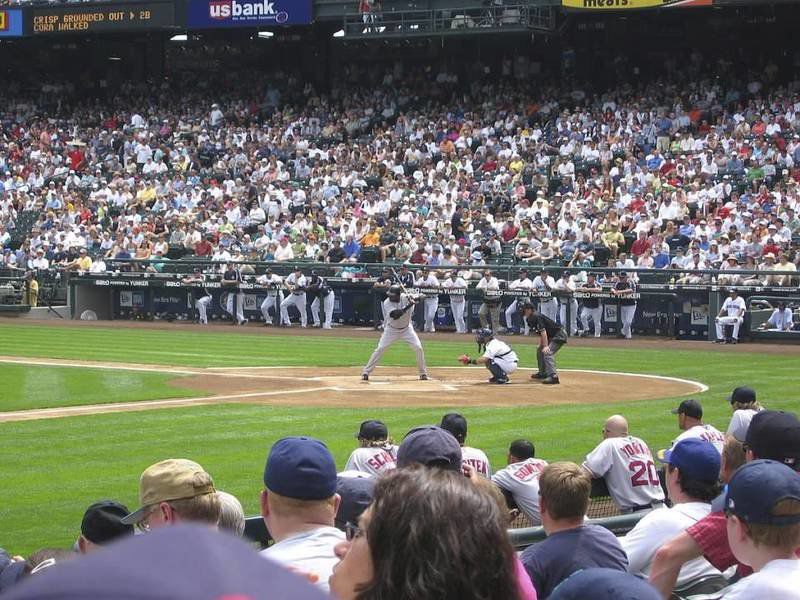 The view from Phil Stacey's seats behind the third base dugout as he and his wife watched David Ortiz bat against Felix Hernandez and the Seattle Mariners in July 2006. 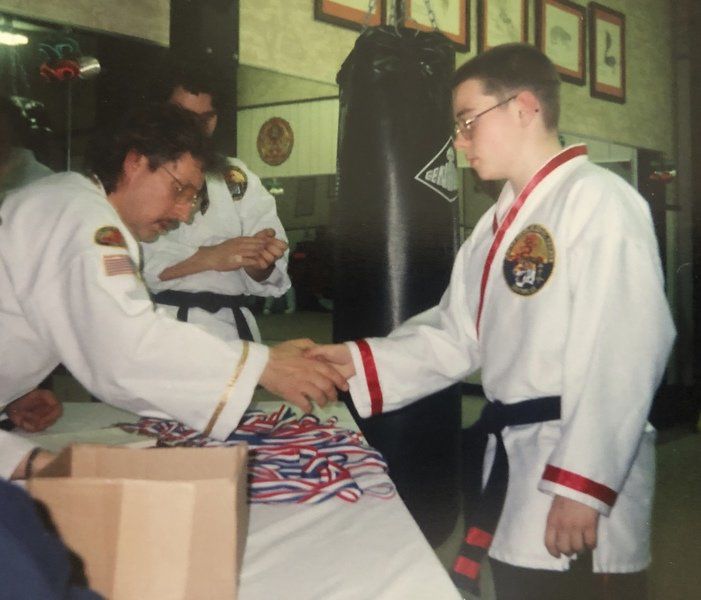 The view from Phil Stacey's seats behind the third base dugout as he and his wife watched David Ortiz bat against Felix Hernandez and the Seattle Mariners in July 2006.

In today’s “Our Favorites,” we pick the favorite sports-related gifts we've ever been given.

Trip to Safeco Field in Seattle

Before we had children, my wife and I used to travel frequently. We took multiple trips to Hawaii, went to Europe, spent time in the Caribbean and Vegas. But one of my favorites was when she surprised me one year for my birthday with tickets for us to go to Seattle for a Red Sox game. What made it so terrific — aside from the fact that Safeco Field is a top 5 ballpark in all of baseball — was that it was so unexpected. A then-20-year-old flamethrower named Felix Hernandez bested the immortal Kason Gabbard (making his Major League debut) as the Mariners prevailed, 5-2, but the result mattered little. Sitting a few rows behind the visiting dugout on the third base side in sunny Seattle made for the best sports gift ever for me.

Christmas 1996 came just a few weeks after earning a second degree black belt from Master Cal Carozzi, and Santa surprised me with a brand new gi. One of the rules of the dojo was that you needed to be a black belt in order to mix colors, such as a white jacket with black pants. This outfit wasn't just a gift, though, because the right to wear it was earned. Plus, it had unique red satin stripes that outlined all the seams and matched those hard-earned belt stripes. It never hurt that the pants made a perfect snapping sound with every kick. I wore that gi for more than five years. It was awesome.

I was about five or six when I first began aimlessly heaving a basketball towards a net. At first, the only opportunity to do so was in my neighbor's driveway on their built-in hoop. A couple years later when my birthday rolled around in July, I was pleasantly surprised to unwrap my very own outdoor basketball (I knew what it was before I even tore off the wrapping paper). But the real surprise came later that day when we ventured outside onto the driveway and there it was: a portable, adjustable, double-rim basketball hoop ready for plenty of bricked shots. I honed my skills on that driveway net for years to come, and it served as one of the many blacktop havens in my neighborhood growing up. From games of HORSE to 21 and 3-on-3 battles ... let's just say my parents definitely got their money's worth on that particular investment.

Like most youngsters who were born in the 1980s and grew up in the '90s, I was obsessed with collecting baseball cards. You name a player, I had a card of him somewhere in my collection. A few weeks shy of my 8th birthday (Christmas 1991), my world changed forever when Santa Claus left the January 1992 Beckett card magazine in my Christmas stocking. It had one of my favorite players on the cover, then-Texas Rangers pitcher Nolan Ryan, and I realized I was sitting on a small fortune (to a 7-year-old) in baseball cards. That Frank Thomas card I had was worth well over $20 at the time; the Ryan Klesko rookie card I'd saved in a precious slot worth about the same. Fast forward nearly 30 years and those cards still sit in a box in my parent's attic and probably aren't worth much. But my affinity for collecting baseball cards really helped me grow a love for the sport which still exists today, even if my card collection isn't going to bring in the cash I once thought it would.