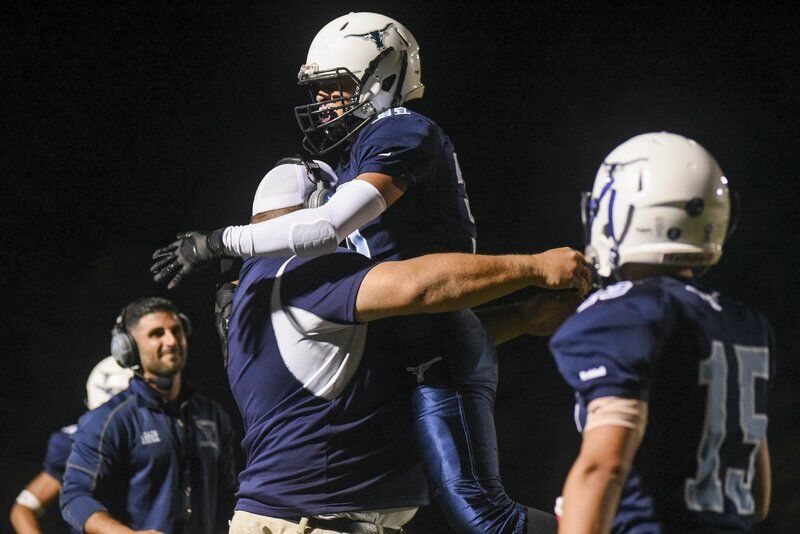 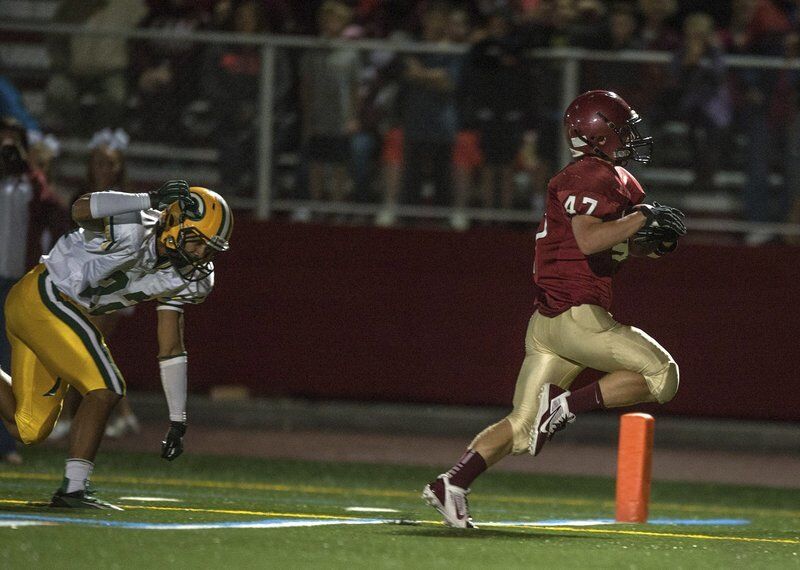 Staff File PhotoGloucester beat Lynn Classical, 15-14 in the first football game played at the newly refurbished Newell Stadium back in 2013.

Staff File PhotoGloucester beat Lynn Classical, 15-14 in the first football game played at the newly refurbished Newell Stadium back in 2013.

In today’s ‘Our Favorites’ we pick our favorite high school football season openers that we've covered.

It had been almost two full years — 660 days, to be exact — since the Magicians had won a football game. But on this Saturday afternoon at Barry field in Middleton, quarterback Lee Rosenthal threw a trio of touchdown passes, including a 46-yarder to Tyler Triplett with just over a minute left on the clock, to help the Red-and-Black upset the host Bulldogs. Captain T.J. Schuler grabbed a pair of touchdown passes as well as Marblehead's eight seniors tasted victory for just the third time since entering high school.

North Shore Tech, behind Scott Chakoutis's 163 yards rushing (on 35 attempts) and two touchdowns, carried the play physically for most of the day. The second scoring play and subsequent 2-point conversion by Chakoutis with less than two minutes to go tied the game at 14-14. But a botched kickoff gave Marblehead excellent field position, and it didn't take long before the visitors put the winning points on the board.

I had forgotten the final score of the 99th meeting between Peabody High and Salem (it was 52-0). But I'll never forget the roar of the 1,500 or so fans when freshman Will Pinto crashed into the end zone near the end of the fourth quarter. The youngster lost his mother in a car accident a few weeks before the season began, and he got the call to dress for the varsity opener to take part in a ceremonial coin toss with his older sister, a cheerleader.

He didn't expect to play, or score, but the circumstances gave him a chance and Pinto was ready. The healing power of sports were on full display for Tanner Nation and the Pinto family; there wasn't a dry eye in the house. I asked head coach Mark Bettencourt if he'd issued Pinto No. 31, the jersey worn by late assistant coach Lee Miller (who was also honored that day), with a special purpose in mind. The big guy just smiled, as did everyone else in Peabody that night.

I haven't covered many high school football season openers in my sports writing career, and the majority of ones that I have attended haven't been particularly memorable. Unfortunately, most of the games I've witnessed have been blowouts, and that was no different in 2016 when Marblehead took on a Walpole team that had topped them a year prior.

But the game still sticks out to me for a few reasons. For one, it was my first time gracing the sidelines at Piper Field for a Friday Night Lights showdown, a venue I've since grown to love. It was beautiful evening, and I can remember staring in awe at the bright orange sunset lighting up the sky behind the far sideline bleachers. Then, in terms of the actual contest at hand, I was particularly intrigued by the Magicians' high octane offense orchestrated at the time by senior quarterback Drew Gally. The signal caller threw for 175 yards and two touchdowns, an aerial attack I hadn't been accustomed to seeing in the few Cape Ann League contests I had previously covered during my time at the Newburyport Daily News. The game itself was never really close, but the picture perfect setting and style of football being played by the hosts made for an event that I now fondly look back on four years later.

It was the first football game played on the newly-refurbished Newell Stadium, a quirky and memorable contest between two storied rivals who always seemed to deliver close games with wacky circumstances — and this one was no different. Tied 12-12 late in the fourth, Eli Horne drilled a 24-yard field goal to give Gloucester a 15-12 lead, one of only three Gloucester field goals in the last decade (all from Horne that season). Gloucester then got creative on its next possession as coach Tony Zerilli ordered punter Jordan Pallazola to take an intentional safety, where he bled 15 seconds off the clock with time winding down, but cut the lead to 15-14. Gloucester made one final stop with Classical driving just outside the red zone to hold on for the win.

It was a memorable game for many reasons as Gloucester opened up its new stadium with a victory. Selfishly, it was also nice to see my younger brother, John Curcuru, deliver the first touchdown on the new field, a 10-yard first quarter run to pace Gloucester to a 6-0 lead. It was also great to watch from the comfortable new Newell Stadium press box, which is named after my grandfather, the late John "Doc" Enos.