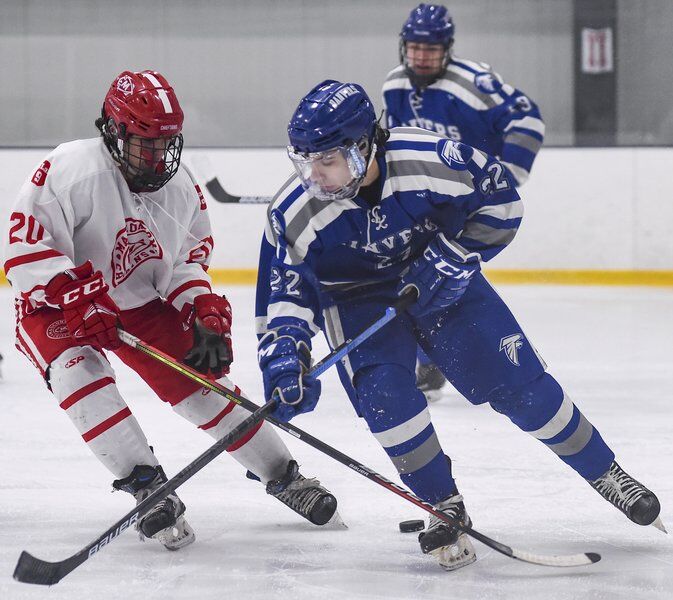 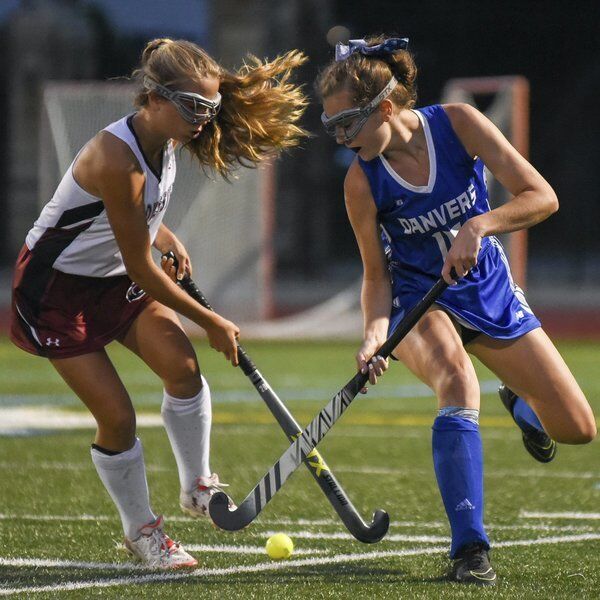 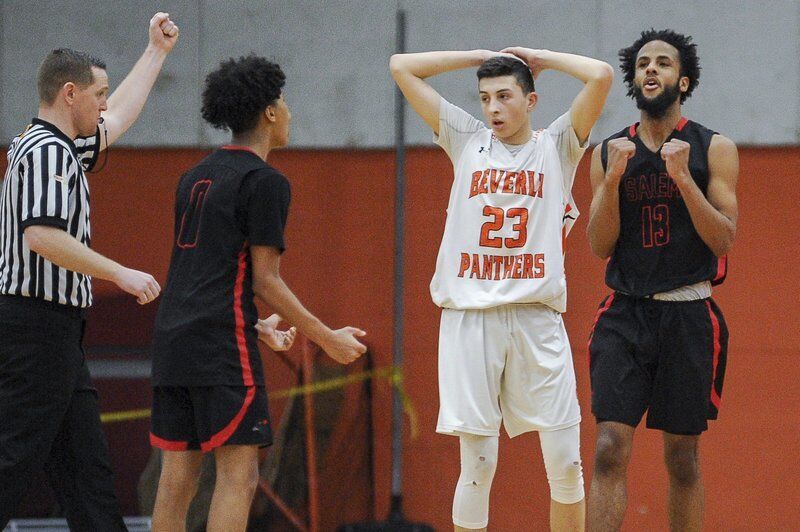 JAIME CAMPOS/Staff photo Salem's Isaiah Williamson celebrates with teammate Guillermo Pimentel after securing the win for the Witches during a basketball game against Salem in 2019. Beverly got the best of their NEC rivals the following year in a matchup that has heated up over the years. 1/25/2019 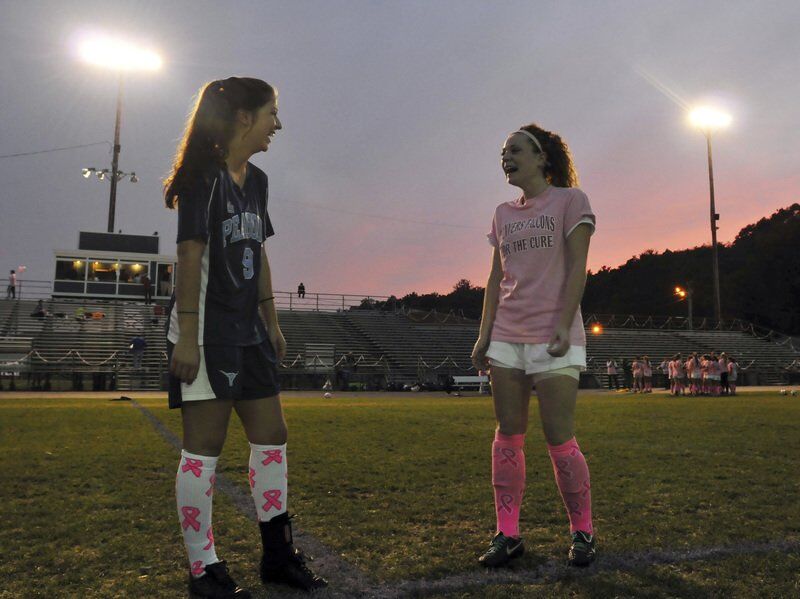 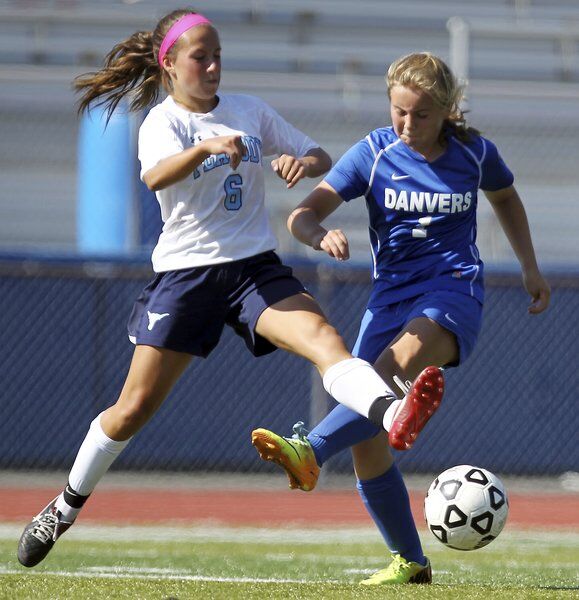 In today’s ‘Our Favorites’ we pick our favorite local rivalries that are currently hotly contested.

It hasn't taken long for this still-embryonic rivalry to heat up. They've met in non-league battles each of the last four seasons, and with Masconomet having left the Cape Ann League to join the Northeastern Conference for the 2020-21 school year, that means it will be meeting the Falcons twice a season. These clashes promise to be must-see.

Danvers holds a 2-1-1 edge in those four meetings, and they've all been noteworthy: a 5-2 Danvers win in January 2017 to stay unbeaten on the season; a wild 6-6 tie in Feb. 2018 where Masco scored four straight goals and led by two after 30 minutes, only to see the Falcons rally; a 2-0 Danvers upset in Feb. 19, where goalie Rob Prentiss made 40 saves to end the Chieftains' school record 17-game winning streak; and, this past February, a penalty filled (28!) affair in which Masconomet freshman Kai Roberts scored in the final minute of play to give his team a 2-1 win.

Since Peabody joined the NEC in 2008 with a host of potential new rivals, I'd say this incredible back-and-forth with Danvers is the only series that's truly lived up to the hype. The sheer number of Division 1 college players in these games over the last 12 years is staggering; there've been multiple All-Americans on the pitch, too, and the bouts always deliver. How many other local rivalries have featured two teams that were both ranked among the best in New England at the same time?

One of my favorite games in this series came in 2010 when Danvers beat Peabody's No. 12 ranked team in the country — not something you see every day. Whether it's Emily Manoogian vs. Becky Landers, Hayley Dowd vs. Corey Persson, Lydia Runnals vs. Emily Nelson or another marquee matchup, coaches Jim Hinchion of the Falcons and Dennis Desroches' of Peabody bring out the best in each other. It's no coincidence they've both won state titles in the years since this rivalry began.

Since before I was born, Salem High has consistently put out strong boys basketball teams. From the Rick Brunsons and Scoonie Penns to Antonio Reyes and Isaiah Williamson of more recent years, the Witches always seemed to be in the hunt for a Northeastern Conference title. But for the latter part of the past decade, Beverly has made waves in the NEC by continuing to build a championship contending program. The Panthers had their furthest run in team history this past winter in making it to the Division 2 state semifinals — something Salem had done numerous times before.

Every time the two teams play, you can expect a tight battle. Beverly always seems to get an extra burst of energy when playing Salem, and vice versa for Tom Doyle's group in Witch City. I can't necessarily think of one particular battle over the past five years that jumps off the page, but every time the two sides meet you can expect it to be competitive, chippy affair that comes down to the final quarter.

The Fishermen and Falcons have ruled the Northeastern Conference over the last few seasons, splitting the last two championships, and have put together several tense and tight games against each other over the better part of the decade. In 11 meetings since 2014, Danvers holds a slight 6-4-1 edge, with five of those contests decided by one goal. Only two were decided by more than two goals.

Every time they've met over the last five years it's been a big game, and oftentimes there's a conference title on the line. Both seem to bring out the best in each other, and each team is loaded with talent. The head coaches, Gloucester's Lauren Riley Gove and Danvers' Jill McGinnity, are also two of the best in the conference, which is the great equalizer. The teams know everything about each other and know how to play against each other, making it all the more intriguing. At the rate the two programs are going, expect them to be competing for conference titles against each other some more in the future.