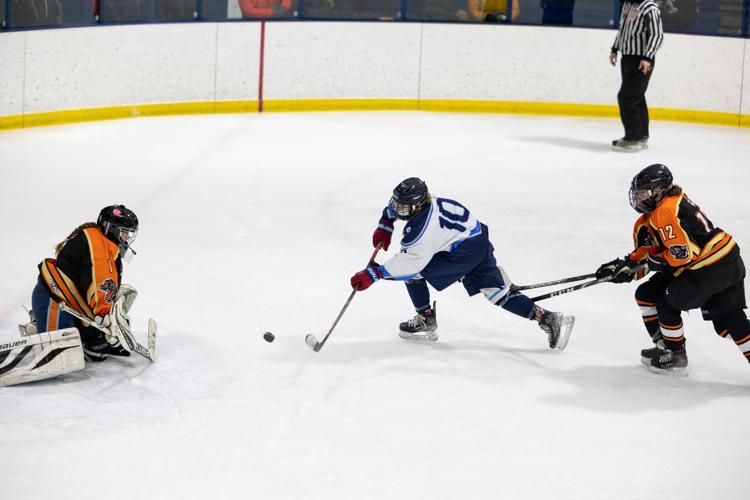 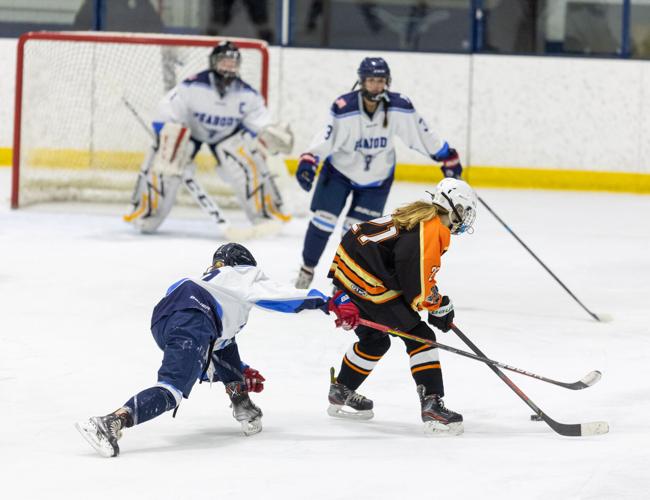 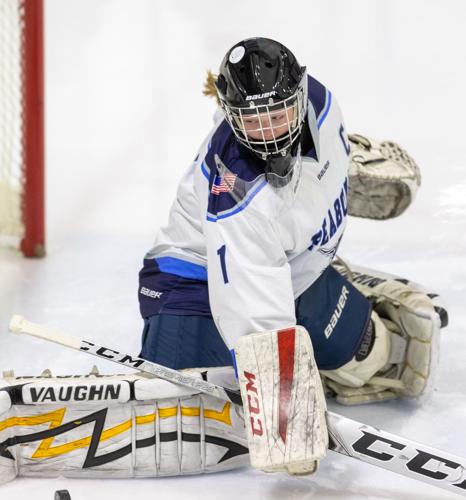 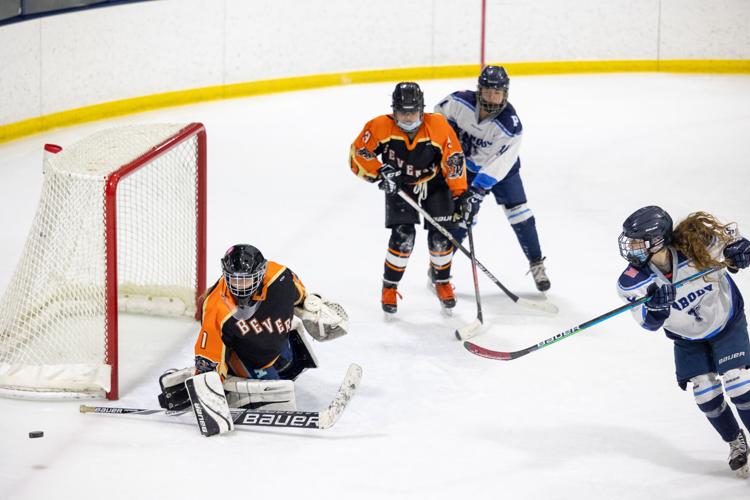 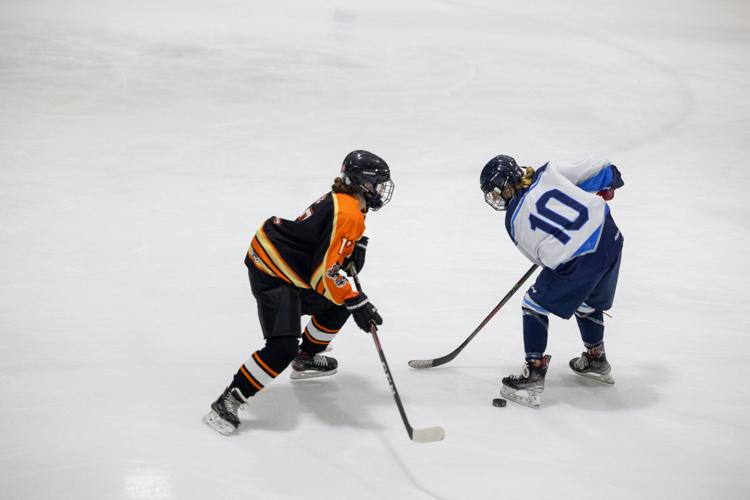 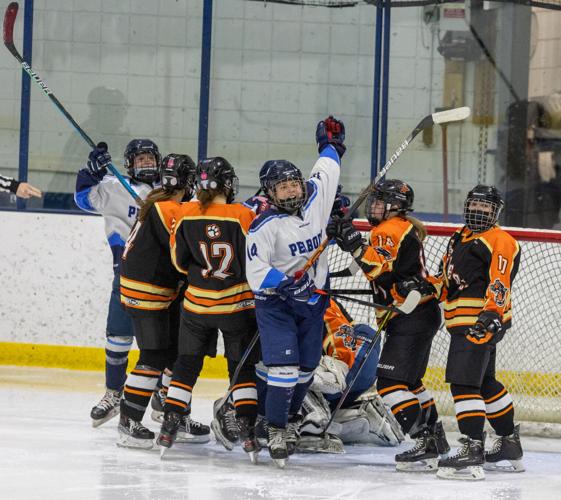 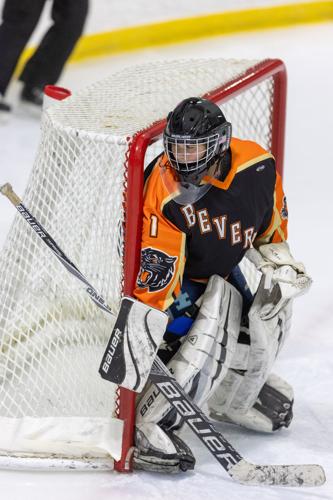 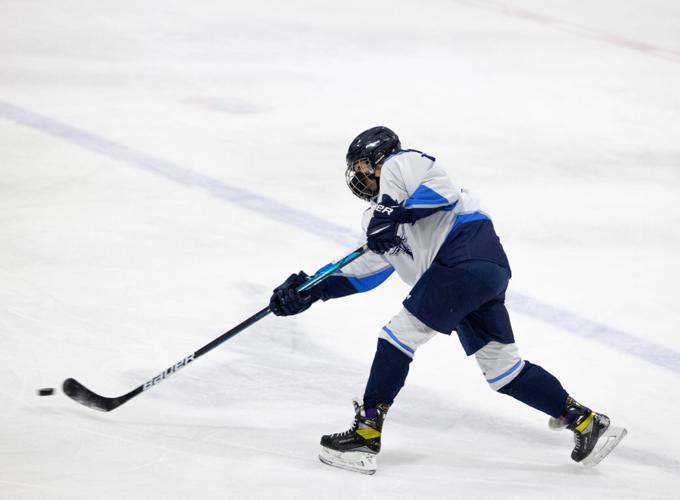 Peabody’s Penelope Spack’s has the most goals among local defenseman and has the Tanners most accurate shot. 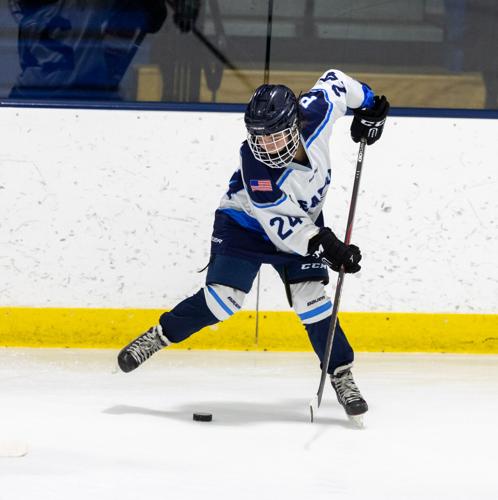 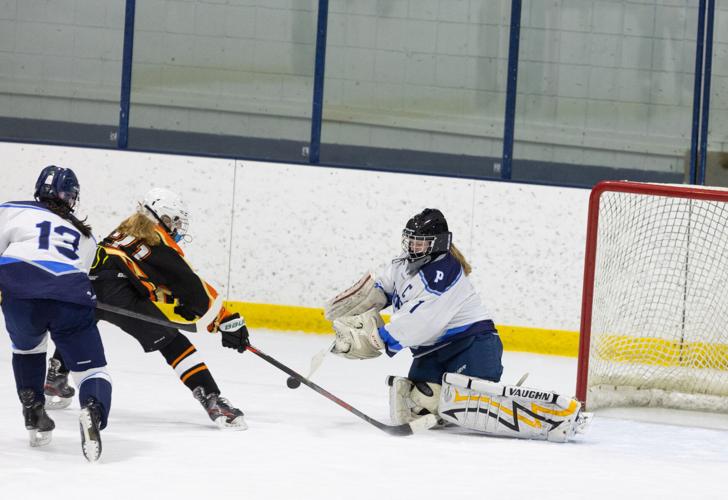 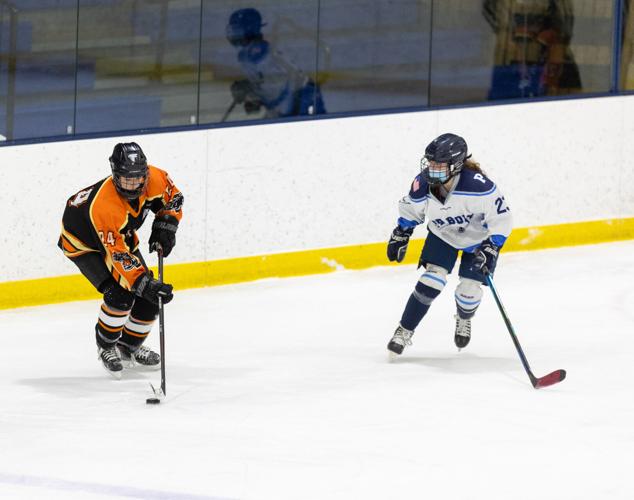 Peabody’s Penelope Spack’s has the most goals among local defenseman and has the Tanners most accurate shot.

PEABODY — So often in hockey, the smartest possible play is the simple one.

Trying to shake off some rust from being cooped up for a few days thanks to the recent snowstorm, Peabody’s girls hockey team and junior defenseman Penny Spack kept things simple in the early going Sunday night against rival Beverly.

Spack scored on her first two shots of the game on wristers from the blue line to power the Tanners to their fifth straight win, 5-2, at McVann-O’Keefe Rink.

“We talk about smart plays and simple plays. These last few weeks, Penny’s been a perfect example of those things,” said Peabody coach Michelle Roach, her team now 9-2-1. “She got the puck through and got it on net and that gave us the lift we needed.”

Beverly (5-4-2) carried the play for the first five minutes of the game and held a 12-5 edge in shots on goal through ten minutes. The hosts had a 3-0 lead by that point, however, thanks to Spack’s blast that was deflected in front (assisted by Chloe Considine and Sarah Powers) and another by Spack a few minutes later.

Powers, a freshman who had three points on the night, scored on a beautiful deke after rushing the Beverly cage just as a Panther power play expired. It was a great example of hockey sense, since she peeled off and killed time earlier on the penalty and picked her spot to drive the net once the time had expired.

“You can’t teach the moves Sarah has. She’s got outstanding hand-eye coordination and it showed on that goal,” Roach said. “She knows how to take it to the and what to do with it once she gets there.”

Though they were behind 5-0 after two, the Panthers had a strong finish. Captain Shea Nemeskal got them on the board with a nice snip that dinged off the near post and in, unassisted, with 11:30 to go.

Beverly drew two penalties in the late going and had 1:20 of 5-on-3 time with Peabody goalie Audrey Buckley making five of her 25 saves in that span. After the two-skater advantage expired with Beverly still on the power play, Halle Greenleaf netted her team best 14th of the year on a Bradie Arnold rebound.

“We did finish strong,” said Beverly coach Matt Lampert. “The girls always give us the full 45 minutes and you’ve got to credit Peabody. It’s always a battle against them.”

The best period for the Tanners was the second where they outshot the Panthers 11-4. Goals by juniors Hannah Gromko and Jenna DiNapoli swelled the lead with assists earned by freshman sisters Leah and Ava Buckley, who’ve both been playing big minutes for the Tanners.

“Ava’s a center and she’s tough and gritty. She had a fantastic game,” said Roach, who deployed the freshman pivot against Beverly’s top line, one of the tougher assignments in Northeastern League hockey, particularly for a freshman.

“I thought she was up to the challenge and she played really well. You have to be good in the faceoff dot against that line, too. Beverly’s a really tough team ... they come at you full throttle the whole game and anytime you let off the gas against them you could be in trouble.”

Dupont and fellow captain Kayleigh Crowell played well for Beverly and goalie Megan McGinnity finished with a solid 22 stops. For the Tanners, who get unbeaten Winthrop next in a game that could decide the league title, senior defenseman Catherine Sweeney and freshman partner Chloe Gromko had strong outings.