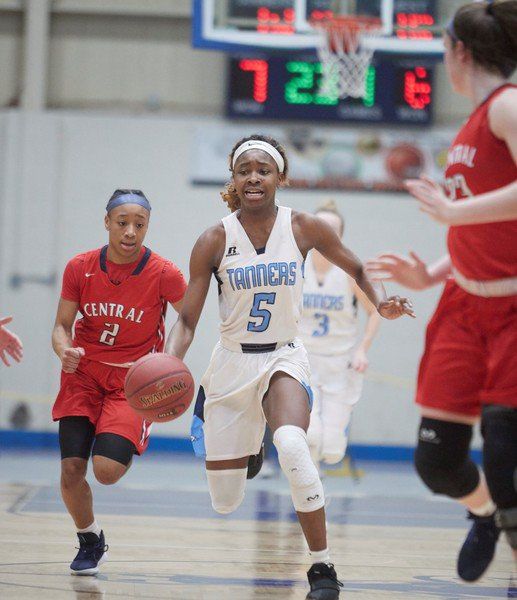 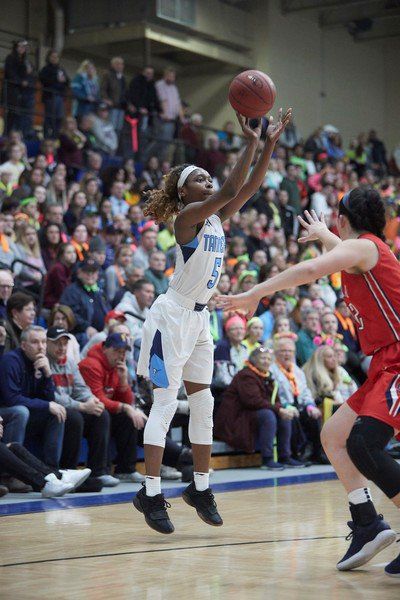 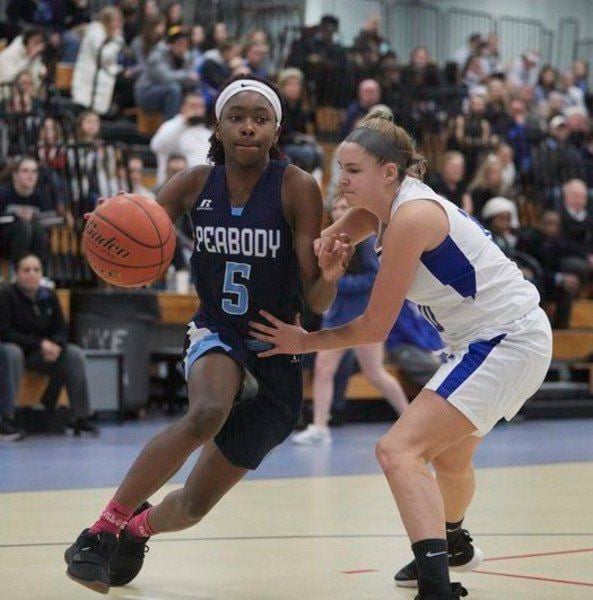 Before the 2018-19 basketball season began, few people had heard about Oluchi Okananwa.

Before long, though, everyone was talking about Peabody High's standout freshman. Okananwa was named Northeastern Conference Player of the Year for girls basketball and received the same honor from The Salem News. It was hard to believe the first player off the bench could make such an impact, but she was a raw talent with both the speed and shooting ability to change a game. She was a main reason the Tanners won the NEC and reached the Division 1 North semifinals before losing to Central Catholic.

Okananwa averaged 16.7 points, 7.6 rebounds, and an amazing 7.2 steals per game. There were only four games during the regular season where she didn't tally double digit points, and she had a monster game in a playoff quarterfinal win against Haverhill with 26 points, 16 rebounds, 16 steals and eight blocks in an electrifying performance.

Okananwa took her talents to New Hampton prep school in New Hampshire and continued to shine. She was named All-NEPSAC (New England Prep School Athletic Conference) while leading the Huskies in points, rebounds and steals.

Thanks to her play, New Hampton won the Lake Region championship in its first year playing as a Class AA school.

"As a rookie in the league, the biggest challenge for her was staying out of foul trouble," said head coach Jamie Sherburne. "Opponents are simply faster, stronger, and more talented than before. Therefore, she learned quickly she had to play smarter. I was very proud to see the development of Oluchi's decision-making during the season in order to help the team be most successful, and am happy others recognized her hard work."

Okananwa, who repeated her freshman year at New Hampton, admitted the level of play was more competitive than she was used to.

"I wasn't the fastest on the court in some games, but I think having to deal with that helped my overall development," she said. "At the beginning of the season I was really intimidated, but as it progressed I felt more comfortable and let loose a little too much. I was getting called for fouls and had to dial it back a bit."

The Huskies finished 16-11 and beat every team in the league. They were seeded seventh in the playoffs and knocked off No. 2 Tabor in the first round. Okananwa scored a dozen points before her team lost to No. 3 Worcester Academy, 60-58 in the NEPSAC semifinals, finishing just two points away from going to the championship game.

"In some games I feel I could have done better, but on the whole I had a pretty good year," Okananwa. 'Tabor had one girl who was 6-foot-4, the tallest I've ever had to go against. They put me on her and while I loved the challenge, it was tough. I won tips against her twice and nobody on my team could believe it."

The Huskies got off to a great start in that game and led, 8-1 but Tabor kept coming back. New Hampton fell behind, but rallied to knot it up in the fourth quarter. Tabor had the lead with 5.7 seconds remaining when Huskies captain Maddie Kiilfoyle grabbed a rebound, dribbled up the court and passed to Okananwa, who scored the game winning bucket for a 72-71 victory.

Okananwa is long and able to jump with the best. Her game developed because of all the individual attention her coaches paid.

"The best part was the coaching," she said. "All three of my coaches critiqued my play and constantly told me what needed to work on. They really brought out the best in me."

One of Okananwa's best games came on Senior Day when she had 15 points, 15 rebounds and four steals against Bradford Christian. She also had 24 points and five rebounds in a road win over Kimball Union Academy.

Okananwa ran cross country in the fall and was planning to try lacrosse for the first time this spring.

"Cross country season was good because it helped get me in shape for basketball," she said. "Unfortunately, I couldn't use my speed on those long runs. I was really looking forward to lacrosse which is a sport I have never played. I plan to work out and lift weights to get stronger for next season. My muscles are natural because I've never lifted before, but coach wants me to build them up and get stronger so I'll be a better small forward.

"This summer I'll be working out, and I'm lucky I have weights at home because my two older brothers lifted."