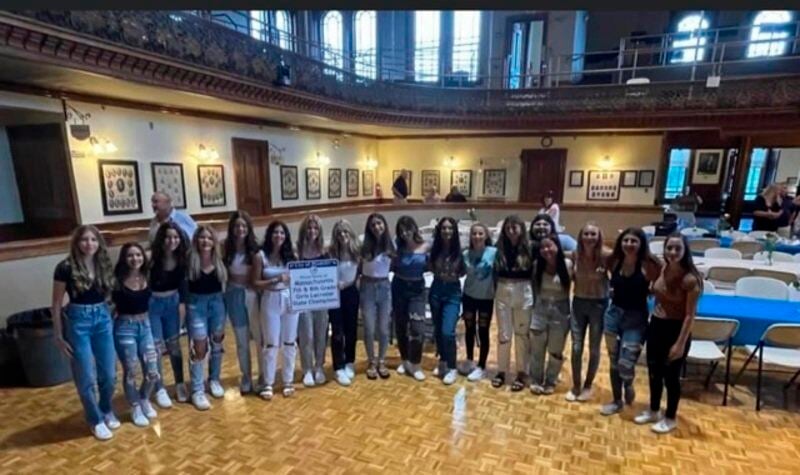 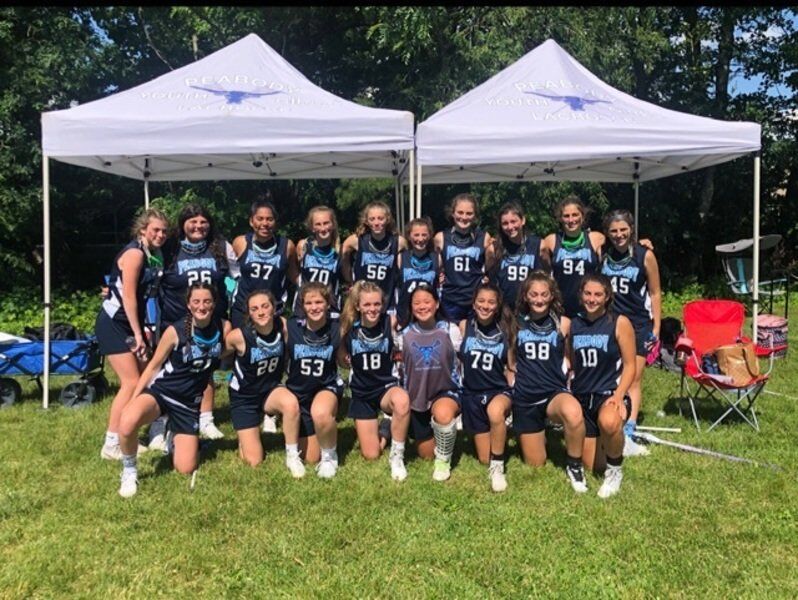 "It was a very nice ceremony, and each girl got certificates from the city, state, and senate. This was my last year coaching because my youngest daughter is going up to the high school, but I'll still be involved behind the scenes and doing clinics," said Lomasney, the league president who has been coaching for eight years, starting with daughters Madelyne (now a sophomore at Stonehill College) and Hailee, an All-American entering her freshman year at UMass Lowell where she'll play lacrosse and study nursing. Both went on to have outstanding high school careers for the Tanners, and youngest daughter Brooke will be a high school freshman.

Lomasney said it was more difficult to win this year since moving the league from Mass Bay to Founders where the competition is stronger. Peabody went 3-3 during the regular season, but got hot at just the right time. The Peabody girls had a win streak going from late in the season through the playoffs, beating Milton in the semi-final round, 9-8 and Walpole, 10-9 for the championship.

"Both the semi-final and final were very close, just great games," said Lomasney. "We won because these girls bonded as a team and their skill level was really good. From goalie to defense to midfield to attack we were very solid."

Caitlin Snow was the goalie, who had lots of help from her defense. The midfield play was strong, and there were multiple scorers.

"This group was the most talented I've coached," said Lomasney. "I've been doing it for a long time and had some of these girls from the time they were very young. They worked so hard, and the effort they put in was remarkable."

PYGL has a spring and fall season as well as off-season training at Danvers Indoor Sports. Lomasney said the sport has evolved for the time the program began. The 5/6 grade girls also made it to the playoffs.

"To stay at the top you have to fine tune your skills," he said. "When we started we only had two teams, and now there are almost 200 girls in the program. We're also very fortunate to have a great board running things.

"I'll still be around, watching games and taking in high school games as well as Hailee's college ones, but I'll be do it behind the scenes."

Three seventh graders Ava DeNisco, Angela Fabbo, and Breanna Genzale will be returning. The majority of the eighth graders will be freshmen at Peabody High while some are going to Bishop Fenwick or Essex Tech, and one to Austin Prep.

"There was no one person responsible for the state championship; this was a total team effort," said Lomasney. "We teach full field lacrosse, and I tell the girls what wins championships is defense, meaning strong defense all over the field. We had that with this group, and I had excellent coaches helping me."

Ocala - Andrew Charles Campagna Sr., age 84, formerly of W. Peabody, passed away Wednesday, September 8, 2021. Born in Malden, he was the son of the late Carmelo and Grazia (D'Avilla) Campagna. Andrew served in the Army. Upon discharge he went into the automotive industry and owned his own b…

Peabody - On Sunday, May 16, 2021, William F. (Billy) Burbine passed away at the age of 83. He was born on May 18, 1937, in Melrose, MA. He graduated Wakefield High School in 1955 and received his certification in Aircraft and Aircraft Engine Maintenance from Boston University in 1958. He wa…

Peabody - Audrey Denny, 92, passed away Monday, September 20, 2021, at Blueberry Hill Rehabilitation & Healthcare Center. Born in Lynn, she was the daughter of the late Frank and Ruby (Clay) Denny. Audrey worked as an office worker at General Electric in Lynn from the time she left schoo…