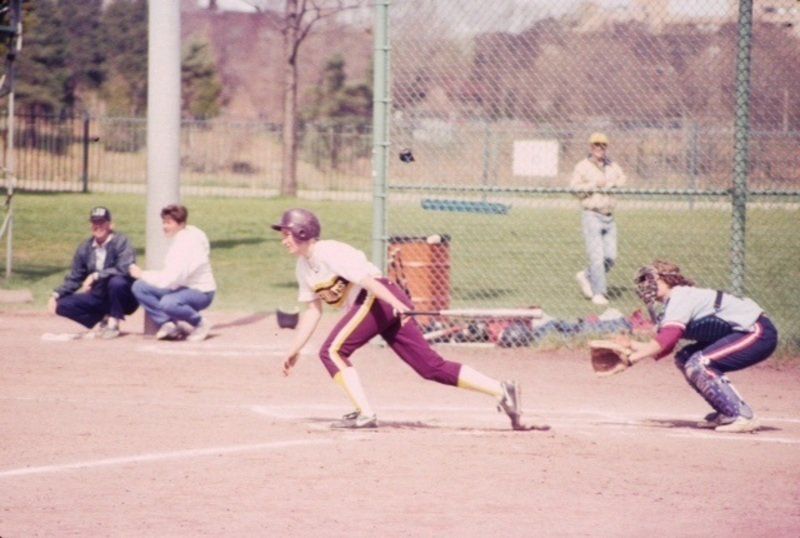 Courtesy photoJulie Obear starred in field hockey, basketball and, as shown above, softball at Bishop Fenwick High School back in the early 1990s. 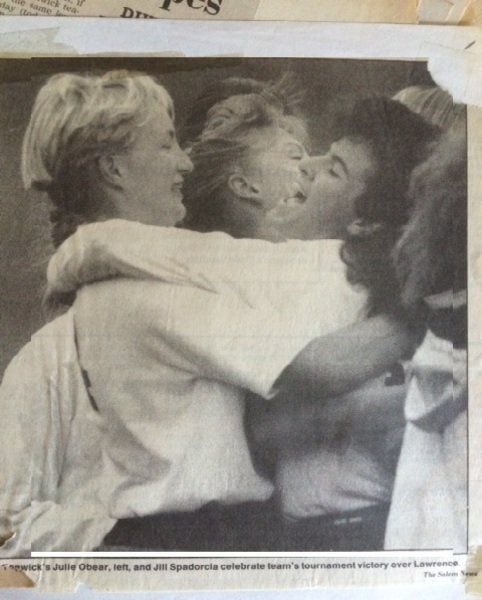 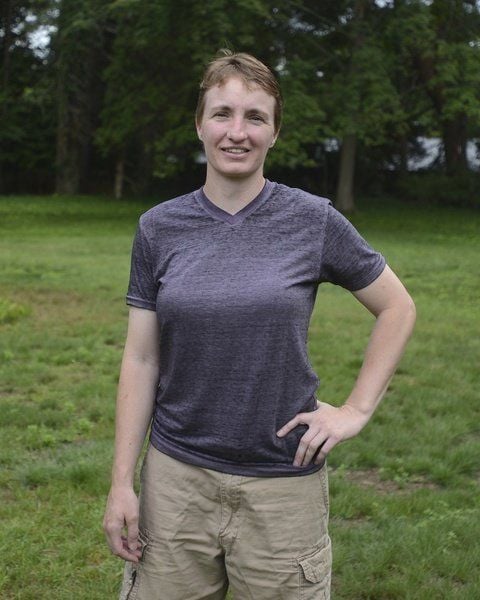 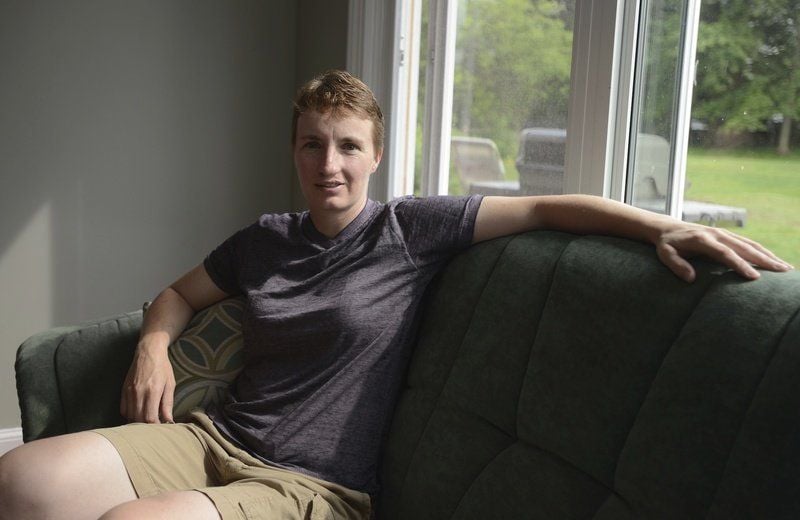 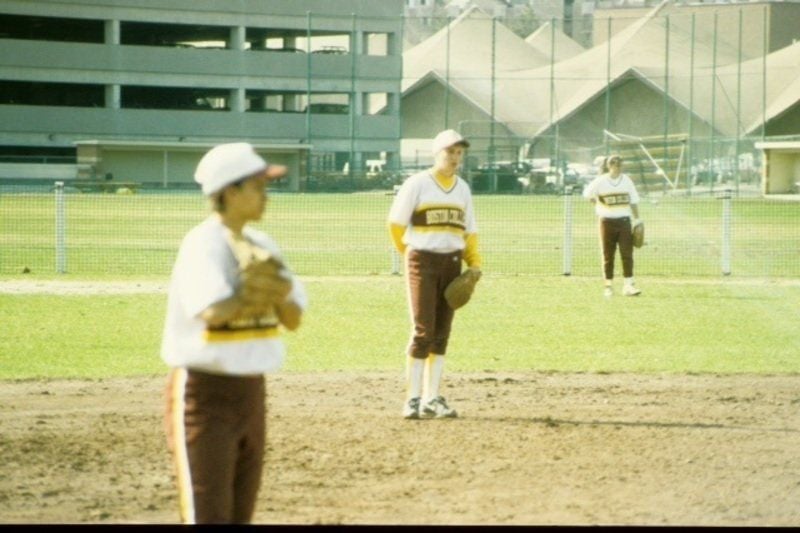 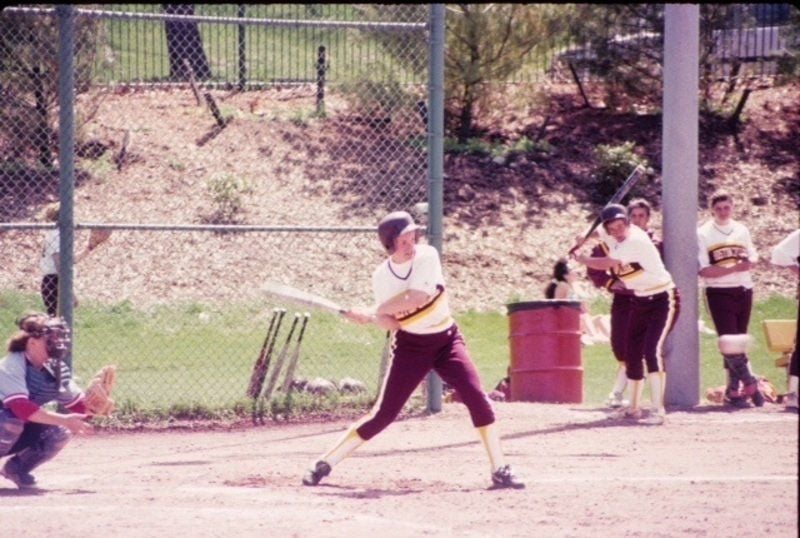 Julie Obear never got cheated taking her rips at bat when she played for the state champion Bishop Fenwick softball team more than two decades ago. Courtesy photo 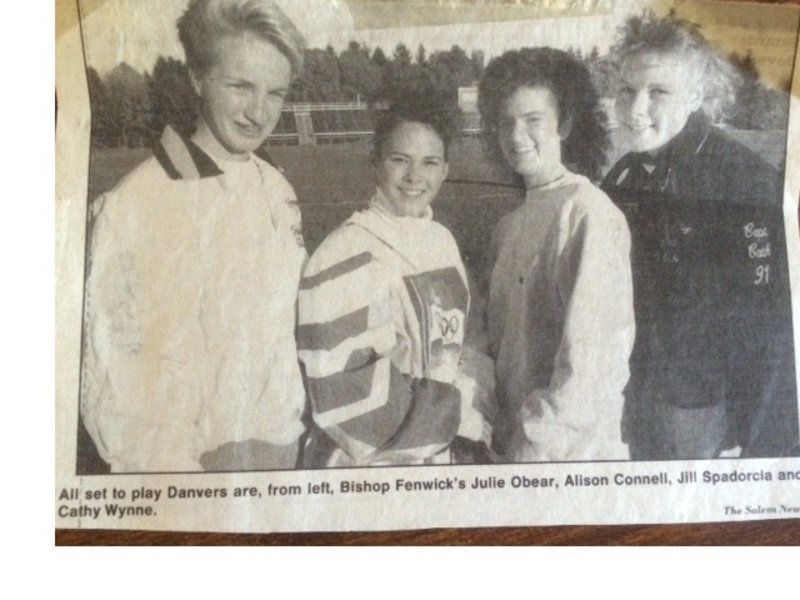 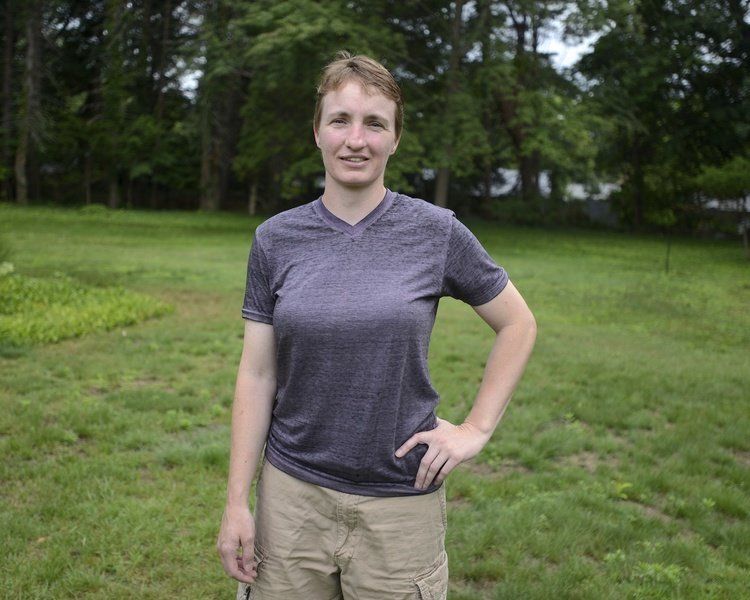 Courtesy photoJulie Obear starred in field hockey, basketball and, as shown above, softball at Bishop Fenwick High School back in the early 1990s.

Julie Obear never got cheated taking her rips at bat when she played for the state champion Bishop Fenwick softball team more than two decades ago. Courtesy photo

The big question for Julie Obear was finding a challenging activity.

After all, she had spent the previous eight years playing competitive team sports, first as a three-sport star at Bishop Fenwick High School and then as a field hockey and softball standout at Boston College, excelling in both locales.

A natural athlete, Obear excelled at any sport she ever played. So the Beverly native tried cycling on rail trails, went hiking, played in a United States Tennis Association league and in tournaments, and golfed a bit.

Then, after a few years, she discovered another adventure she had never expected.

Long distance doesn’t mean a leisurely day trip for Obear — now a physical therapist in Lincoln, Nebraska — but rather months spent in the wilderness hiking on trails in rugged terrain and braving the elements. It’s an activity that demands extreme fitness and mental toughness. Obear has done five such long distance hikes to date and has logged thousands of miles with a backpack.

It wasn’t her idea originally, but when a friend, Barry King, asked Obear to come along on one, it was the start of something she’s grown to love, They started at the Appalachian Trail, hiking end-to-end.

“It’s called a thru hike,” said Obear. “A mutual friend of ours was retiring from the post office and wanted to do it. Barry asked if I was interested in coming along, and it sounded like fun. The three of us started in Georgia and ended up in Maine five months later. After that, I was hooked.

“At first we figured we would never do another one, but after a month or so decided to try the Continental Divide Trail that follows (the divide) from Mexico to Canada. That was quite different, because the Appalachian is a green trail and you encounter wet ground. The Continental Divide isn’t as wet, but the terrain is more rugged and the scenery was unbelievably beautiful the whole way.”

In 2012, Obear and King hiked 4,767 miles across the country on the Lighthouse to Lighthouse venture from the Atlantic to Pacific Oceans, beginning in Delaware and ending in California. An experience like that isn’t something you just decide to do and set off; they buried containers of water in advance in places where no source was available for miles.

“You have to prepare and figure out the logistics,” said Obear. “It requires planning and picking the right time of year to start. Physically, you get in shape as you go, but there’s no question being fit to begin with is a huge help.”

Obear and King recently did the Long Trail in Vermont. The former Garden City resident calls the 273-mile hike “a short one”.

“Every one is different. The Appalachian and Long Trail have shelters along the way, but there’s weren’t any pre-determined tent sites or shelters on the American Discovery Trail,” she said. “Right now I say the next one we do will be on wheels, but we’ll see.

“The toughest part of long hikes is being gone from family and friends. You lose touch and aren’t included in all the social activities while you’re away. You do realize you don’t need all the material aspects of life, but it is a culture shock, especially that first one.”

Obear is an independent contractor in her physical therapy practice, which makes it easier to be away from long periods of time.

“I’m self-employed so when I’m back in Nebraska I let everybody know, and my schedule fills up quickly,” she said. “I love living there and have lots of friends. I just wish it was closer to home.”

‘Nothing ever rattled her’

Obear starred in field hockey, basketball, and softball on some outstanding teams at Bishop Fenwick. In 2002 she was inducted into the Crusader Hall of Fame.

She and Jill (Spadorcia) McGinnity, the current Danvers High field hockey coach, were co-MVPs in their senior year while leading Fenwick to the state semifinals before losing a 2-1 heartbreaker to Walpole. The Crusaders were 15-0-5 going into the game and coming off a thrilling sudden victory overtime win over defending North champion Danvers, with Spadorcia scoring both goals on passes from Obear.

“I loved playing with Julie because we worked so well together,” said McGinnity. “She was an amazing player who could do anything. Julie was a midfielder who would get the ball up to me; we had a great relationship on the field and knew where each other would be. Players around you make you better, and she was a great playmaker. She was so committed and dedicated; she had a great attitude.

“Julie’s the ultimate athlete. Now that I’m coaching, I’d love to have players like her. She’s everything you would ever want in a teammate.”

After the win over Danvers, Obear told The Salem News “This team has a lot of spirit, and everyone supports each other. There are a lot of different personalities on the team, but once we hit the field we’re very close,”

The Fenwick basketball team went all the way to the Boston Garden her junior year, losing in the state semifinals. Obear was also the shortstop for coach Ed “Buddy” Henry’s state championship softball teams.

Current Fenwick softball coach Paul Lyman was the Wilmington High coach at the time, recalled how kind Obear was to his daughter Kerri..

“When Kerri was a freshman she started at third base (for Fenwick) and another freshman, Melissa O’Shea, was the second baseman. They were both nervous, but Julie was very good to them. She was the senior leader there in the middle, calming them down. Kerri respected her a lot. Julie was a great role model for the young kids. As a parent, I appreciated the way she treated them.

“I remember talking to Buddy about what a good athlete she was, and he said she was so important to the team because of the freshmen around her. No matter what happened, she was the coolest cucumber in the place. Nothing ever rattled her; you always knew what you’d get out of her.”

Star shines even brighter at BC

As good as she was athletically at Bishop Fenwick, Obear was even better at Boston College both in field hockey and softball.

A three time All American in field hockey, she scored the game-winner in the 1994 Big East championship game to give the Eagles their first NCAA tournament berth. She finished with 34 goals and 93 points in her Eagles’ career and was the team’s top scorer for three years.

A walk-on for the Boston College softball team, she hit .304, led the team in hits (51) and runs (37) in her senior year, when she was named First Team All-Big East.

After college Obear went right to graduate school, earning her Masters in Physical Therapy at the University of Nebraska Medical Center.

“Nobody in Nebraska even knows what field hockey is because they don’t have it,” said Obear. “For me, it was a big transition not having the demands of playing at an elite level any longer,

“When I look back, I think the highlight was making the Elite Eight (field hockey) at BC, and of course all those (softball) championships we won at Fenwick. It doesn’t get any better than playing for coach Henry.”

Obear, who went into the BC Hall of Fame in 2000, was named Eagle of the Year as a senior. Last February she was invited back to BC for a reception to honor all who had received that prestigious honor.

“I brought my nephews,” said Obear. “It was a nice time, and we saw BC play Notre Dame in basketball. They were pretty excited about the whole thing.”

In a running career that took her all over the globe, Peabody’s Lesley Welch Lehane warmed up in a variety of locales and circumstances.

South Hamilton - Giovanni (John) Romano, 76, of South Hamilton died on Thursday, October 21, 2021 at his home surrounded by his family and friends. He was the loving husband to Patricia (Mascagni) Romano with whom he shared nearly 53 years of marriage. Born in Olevano Sul Tusciano, Italy to …