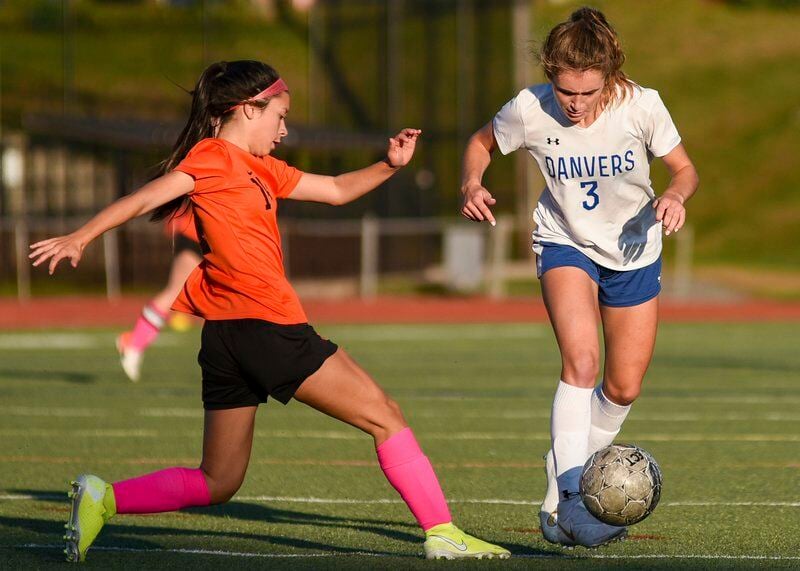 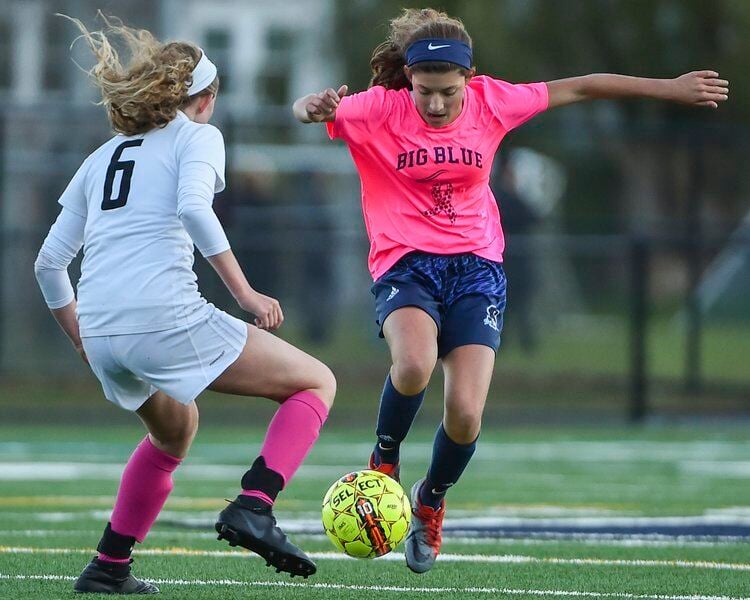 JAIME CAMPOS/Staff photo Rivals KK Kearney from Swampscott and Anna Rigby from Marblehead are two of their teams leaders heading into what should be a solid season for both clubs this fall. 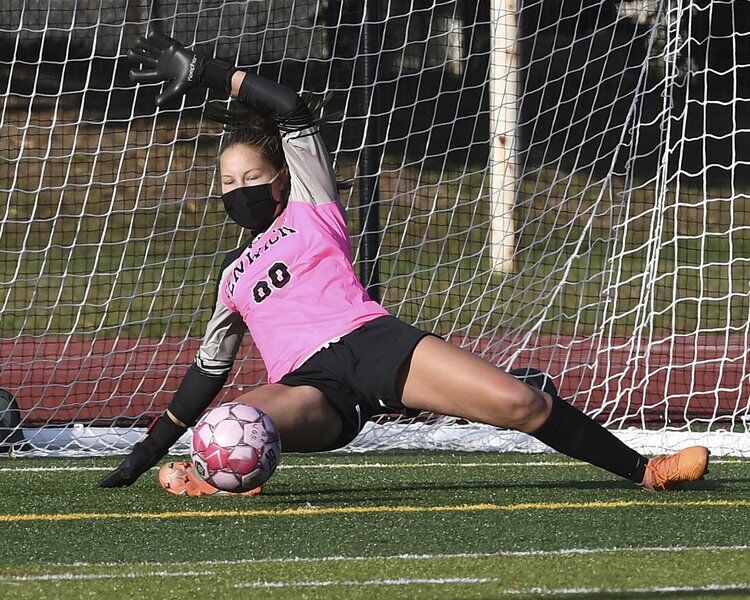 Bishop Fenwick junior keeper Claudia Keith will have her hands full without a defensive wall in front of her on restarts this fall, but as one of the area's top goalies is up to the task. Rose Raymond photo

JAIME CAMPOS/Staff photo Rivals KK Kearney from Swampscott and Anna Rigby from Marblehead are two of their teams leaders heading into what should be a solid season for both clubs this fall.

Bishop Fenwick junior keeper Claudia Keith will have her hands full without a defensive wall in front of her on restarts this fall, but as one of the area's top goalies is up to the task. Rose Raymond photo

Modified rules amid the coronavirus pandemic have soccer players all over the North Shore fighting against many of their basic instincts. But each and every one of them will tell you it's still better than fighting to be on the field at all.

It'll be a different sort of soccer season in the fall of 2020. Outlawed are headers, slide tackles, most every set piece, throw-ins and defensive walls; frowned upon are basic maneuvers like hand checking and jockeying for position on defense and 50/50 balls.

"It's sort of like futsal," said Bishop Fenwick coach Steve Flaherty, referring to the indoor court version of the beautiful game. "We're all adjusting to it but at the end of the day, we're glad to be outside and be able to play."

Tougher for defenders as it may be, the extra space and strict officiating could open up more scoring opportunities for a bevy of talented strikers and center-mids all over the area. Look no further than reigning Northeastern Conference MVP Arianna Bezanson from Danvers (20 goals), Masconomet's dynamo Morgan Bovardi (19 goals in 12 games) and Swampscott's water-bugging center mid K.K. Kearney (22 goals) to find some threats that could be lethal given the defensive restrictions.

"I do think it could be a little more wide open with more goals than usual," said Danvers' Jimmy Hinchion, five wins shy of 350 heading into his 22nd season. "We're just thrilled to be back and that the girls have the opportunity to have a season."

Peabody, led by Merrimack College bound Aja Alimonti, is another major threat atop the NEC. It'll be an adjustment period as the teams see how different officials might administer the rules, which also feature 20 minute quarters instead of 40 minutes halves. It's a ten game season with no non-conference bouts and no playoffs for the NEC.

"It took a couple of days but once they got a good grasp of the rules it got better and better," said Beverly coach Samantha Charest. "The more we scrimmaged the better they got with it, so I think as we get further into the year it's only going to get better."

In the Cape Ann League, it's a ten game set followed by two in-league playoff bouts for locals Hamilton-Wenham and Ipswich. Bishop Fenwick and Essex Tech are playing out of conference games in addition to their Catholic Central and Commonwealth contests and even played each other this past week.

Salem Academy has just four games on its schedule to start, including two bouts against Salem High. Pingree, one of the top prep school sides in all of New England, is hoping to finalize a schedule with a few games to start later this month.