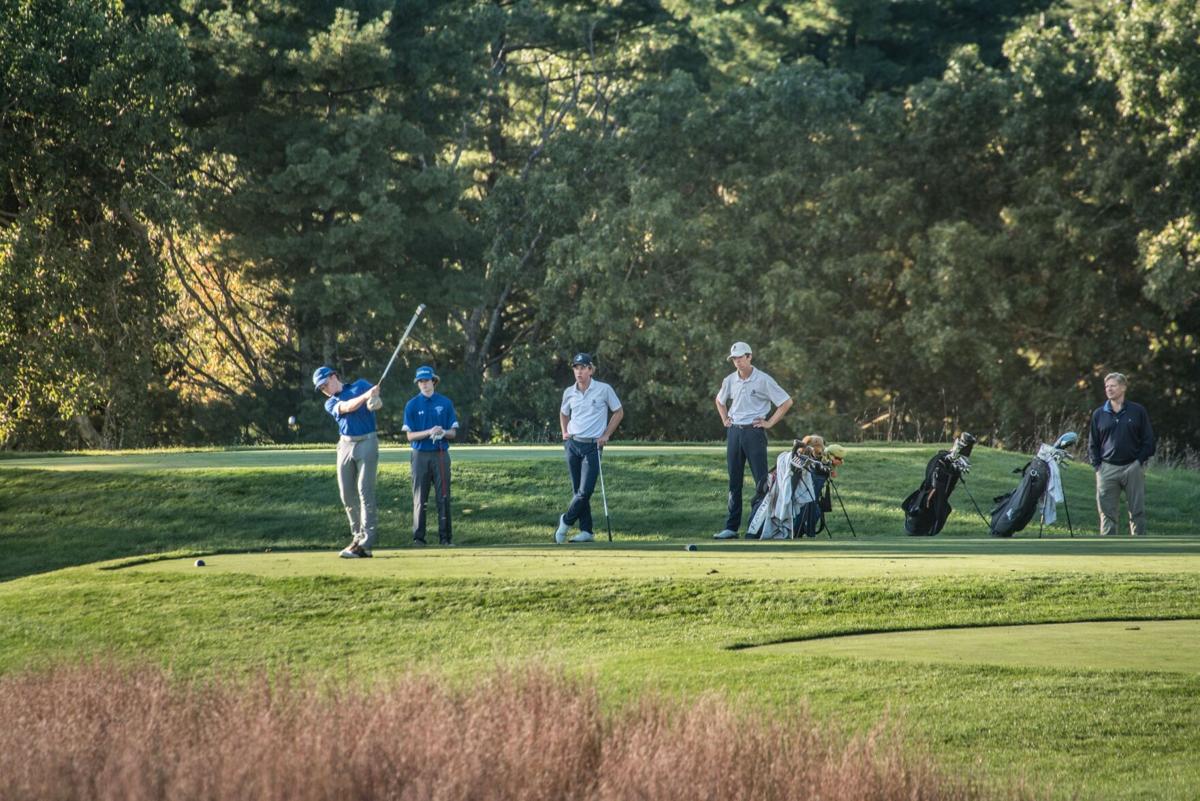 Danvers' Connor Horn tees off on the fourth hole at Turner Hill against St. John's Prep on Wednesday. 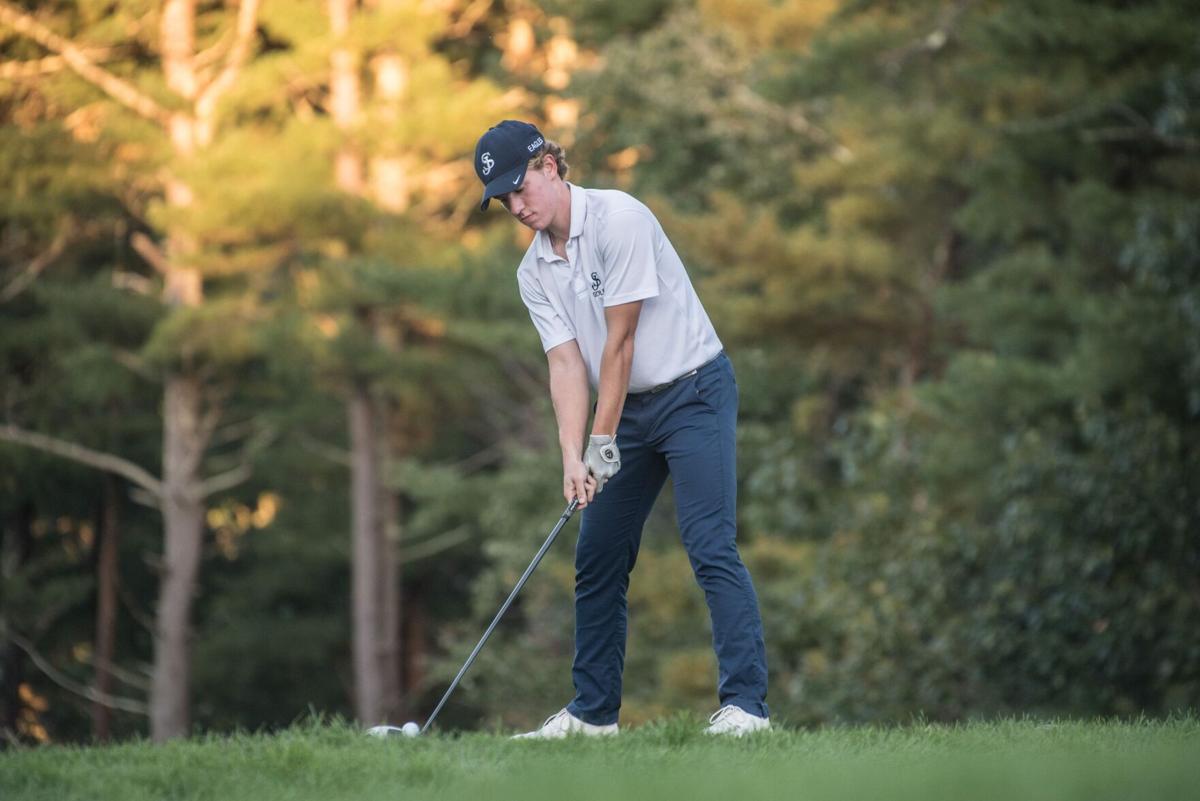 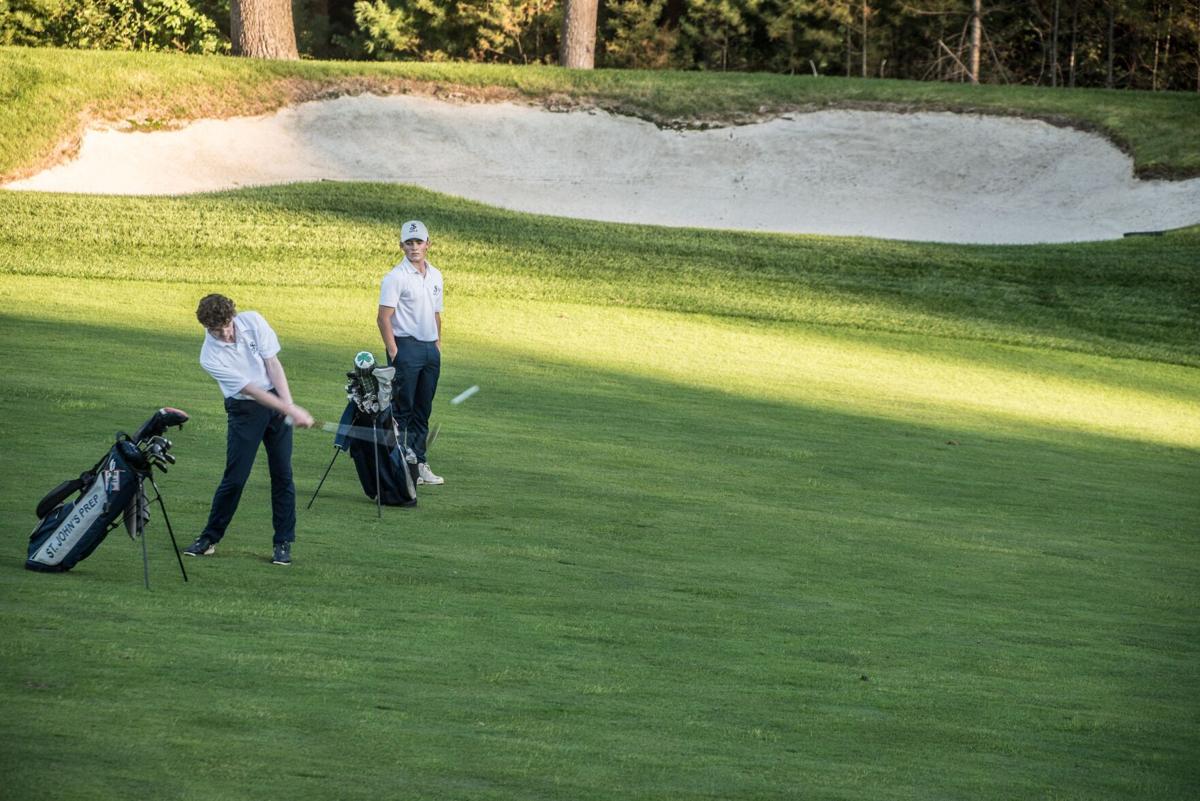 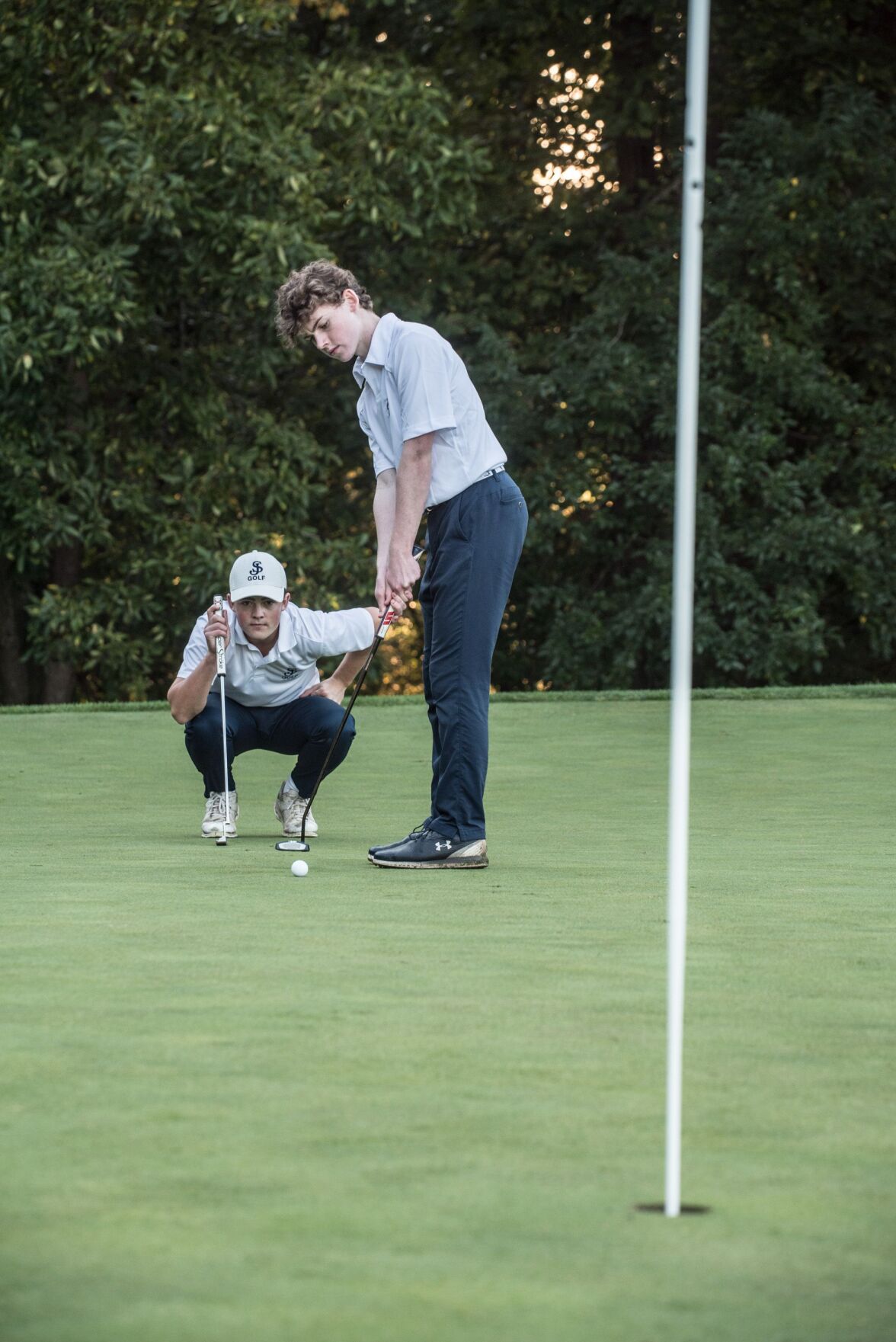 St. John's Prep's Ian Rourke checks for the best path for teammate Brendan O'Holleran to make his putt on the 8th hole at Turner Hill on Wednesday. 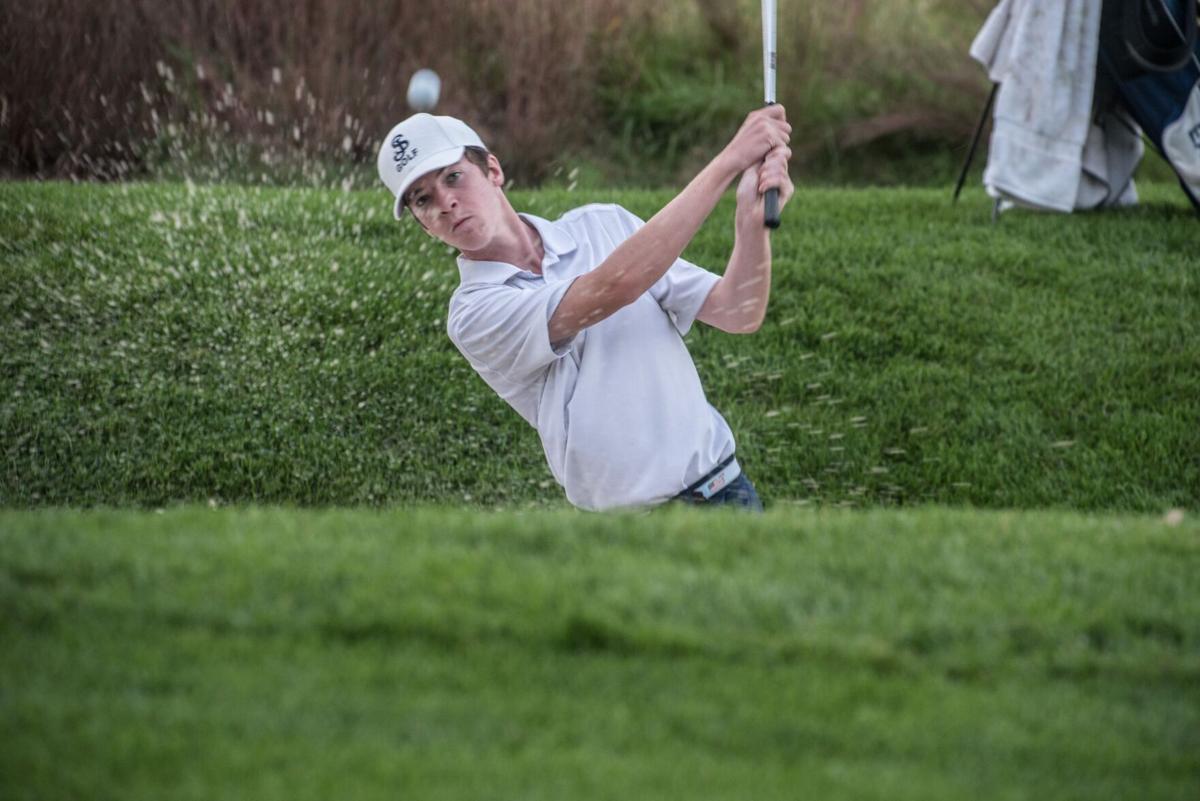 St. John's Prep's Connor Remley gets out of a tricky sand trap on the 8th hole at Turner Hill on Wednesday.

Danvers' Connor Horn tees off on the fourth hole at Turner Hill against St. John's Prep on Wednesday.

St. John's Prep's Ian Rourke checks for the best path for teammate Brendan O'Holleran to make his putt on the 8th hole at Turner Hill on Wednesday.

St. John's Prep's Connor Remley gets out of a tricky sand trap on the 8th hole at Turner Hill on Wednesday.

IPSWICH — There aren’t many high school golf teams in the state that boast as deep and talented a roster as St. John’s Prep. This season, much like any other in recent memory, the Eagles have a slew of golfers who can break 40 for nine holes on any given day.

On Wednesday, they were back on the links for the first time in over a week and continued to put that shot making and overall depth on full display. St. John’s topped crosstown rival Danvers High, 240-298, in a stroke play match at Turner Hill.

“It’s kind of like every match there’s a new 1 and 2, which is really cool,” said Eagles’ first-year head coach Brian Jasiak. “We have a really good team top to bottom ... actually you could really say we have no bottom. That’s how deep this team is.”

Leading the way in the win this time around was sophomore Terry Manning. The second-year standout made two birdies on the day, firing an impressive 37 (1-over par) on the challenging Turner Hill layout.

“It’s really exciting as a coach to see Terry play so well because we have six really great seniors on the team, all solid players, good leaders. So it’s just nice to see someone like Terry perform well knowing that we have him for two more years,” added Jasiak. “To shoot one over (par) at a difficult course like Turner Hill is very impressive.”

The Eagles also got a strong outing from senior Nick DeVito, who shot a three-over par 39. Senior Emmet Phelan followed suit with a 40, while Ian Rourke (41), Eli Tripodis (41) and Brendan O’Holleran (42) rounded out the top six.

Jasiak looked at Wednesday’s match as the start of the “second half” of the regular season, seeing as they had a week off before the bout and will now embark on the latter part of their slate. At this point, he feels great about the team’s progression as we inch closer to the sectional tournament at Bass Rocks in Gloucester.

“Today was a good match to come back with,” he said. “It’s a tough course and we like to challenge the guys with some different situations like that. We have some tough matches ahead with BC High, St. John’s Shrewsbury (the only team to beat the Eagles thus far) and Xaverian. I thought the first half of season was good, and we’re just looking to improve. They all know what they need to do out there.”

On the other side, Danvers managed to compete despite going up against a top-tier out of conference foe on an unfamiliar course. Sophomore Bobby Fish fired a 45 to lead the way in defeat, while senior John Curran carded a 46.

“Only one or two of our eight guys had played (Turner Hill) before, so it was a brand new course that most of them have never even seen,” said Falcons’ coach Ryan Hayes. “It’s a beautiful course, a long course, and it challenged the guys for sure.

“There were some growing pains today, but at the end of the day it’s really nice and humbling to play courses like that.”