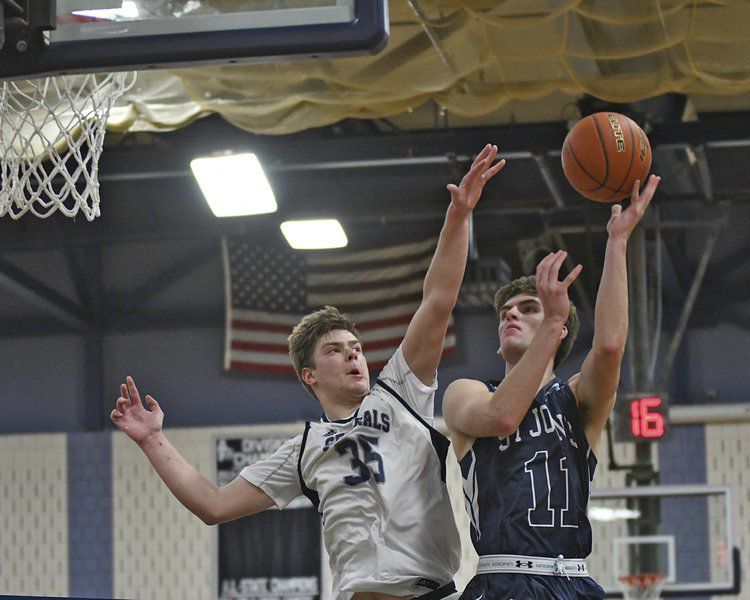 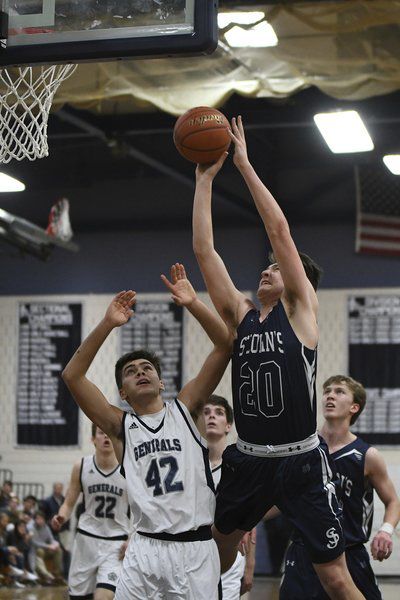 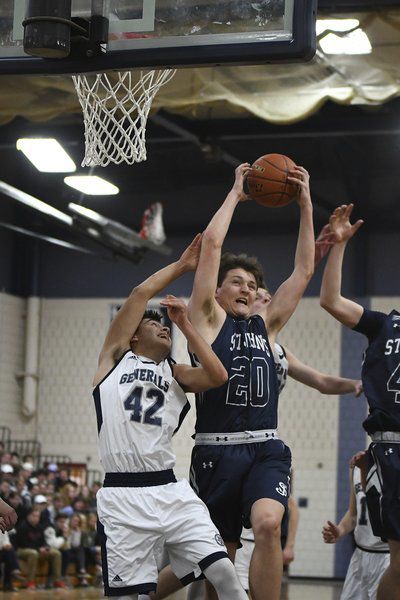 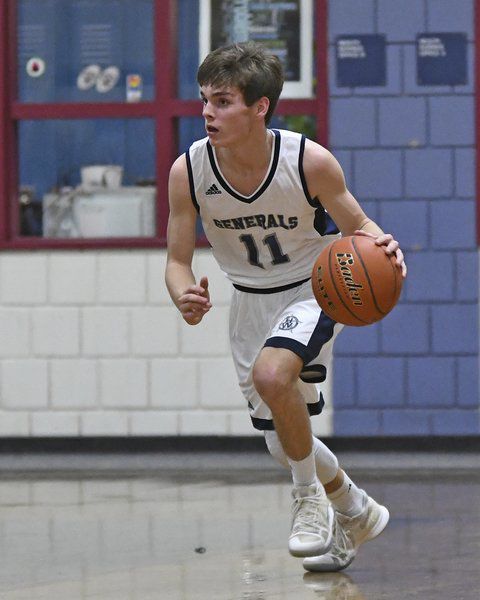 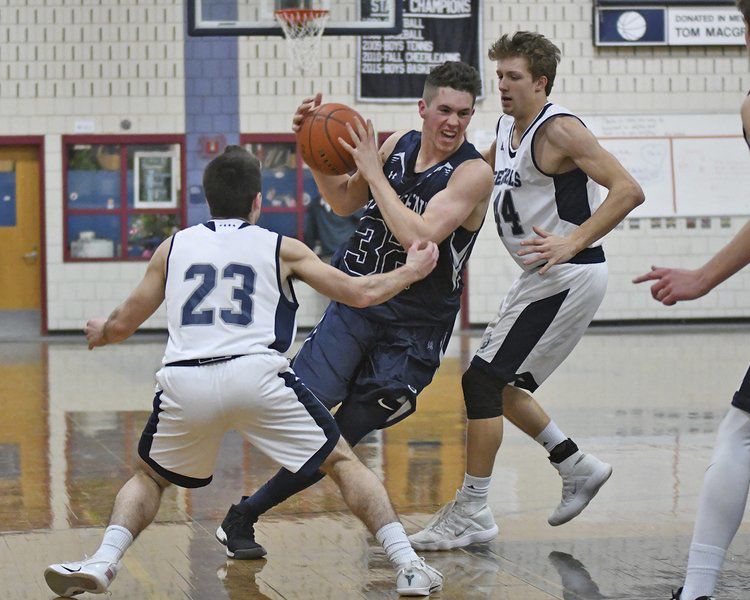 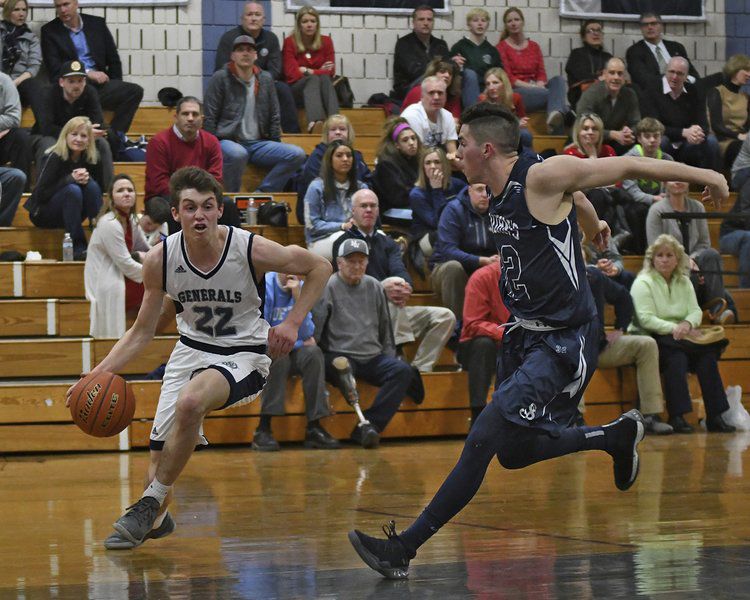 SOUTH HAMILTON — They had their moments, but the Hamilton-Wenham boys basketball team could never quite get over the hump against visiting St. John’s Prep on Wednesday night.

For the second time in as many years, the Generals played their Division 1 counterpart with determination and grit. But a sluggish start, a slew of missed layups and some lapses on defense ultimately led to a 55-44 defeat.

Head coach Mike DiMarino’s group remained within striking distance for the entire 32 minutes, and with just under two ticks to go it was a six-point contest. However, a turnover, common foul and subsequent technical allowed the Eagles to seal the deal at the free throw line.

“Give all the credit in the world to (St. John’s). John (Dullea) does a great job and they play great defense. There’s a reason they’re a top 10 team in the state.” said DiMarino, his team still in great shape heading into the tournament with a 15-3 record.

“That being said, we missed a lot of shots tonight, had 13 turnovers, missed seven free throws and had a couple stupid technicals late. When you’re playing a team of that caliber you don’t have to play perfect but you have to pretty much play mistake free basketball, and we didn’t.”

Every time it appeared the Eagles were well on their way to separating themselves and running away with things, H-W fought back. SJP led by 13 (29-16) at halftime, and pushed the advantage past 10 consistently in the third.

But a flurry of buckets to close out the third by Generals’ standout point guard Billy Whelan made it a seven point game heading into the final frame and gave the hosts some much needed momentum. Whelan scored eight of his team-high 14 points in the stanza, including a buzzer-beating, contested triple from the right wing.

“Billy just takes over when he has to,” said DiMarino. “He had a quadruple double, a triple double, and he was close again tonight. He can really dominate when he wants to and I’m excited we got him for another year. He’s a really special player.”

Unfortunately, Whelan’s third quarter heroics were for naught, as the Prep reserves opened the fourth with a 6-0 run of their own to pull away for good. Dullea went with freshmen Will Batchelder and Aidan Callahan in the backcourt, alongside sophomore Liam Dunfee, and seniors Christian Lamers and Patrick Sweetnam. The group delivered, something Dullea wasn’t surprised by.

Tommy O’Neil (17 points, 5 rebounds) led the Eagles in scoring once again, canning a trio of smooth jumpers while using his frame to drive the lane against smaller defenders, while Jarnel Snow-Guzman (11 points, 3 assists) hit a couple of big 3’s and played some stout D in the win. Still, Dullea would like to see his team pick up the offense down the stretch here as they enter the most important time of the season.

“That’s a good team,” said Dullea. “We knew it was going to be a battle, but we’re struggling to score to score right now. We’re playing better defense but our offense is not where it needs to be right now.”

Hamilton-Wenham was led by Whelan, who added four rebounds and four steals, as well as Jake Lanciani, who managed 10 points and five boards. But a 25 percent (14-55) clip from the field won’t win you many games and that was the case on Wednesday.