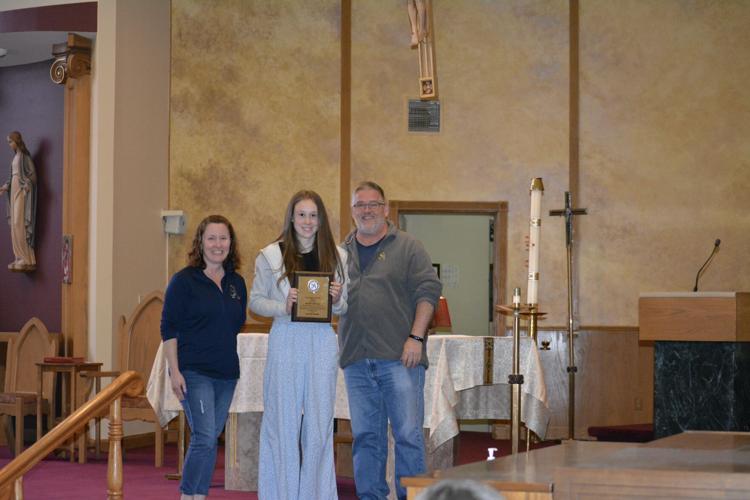 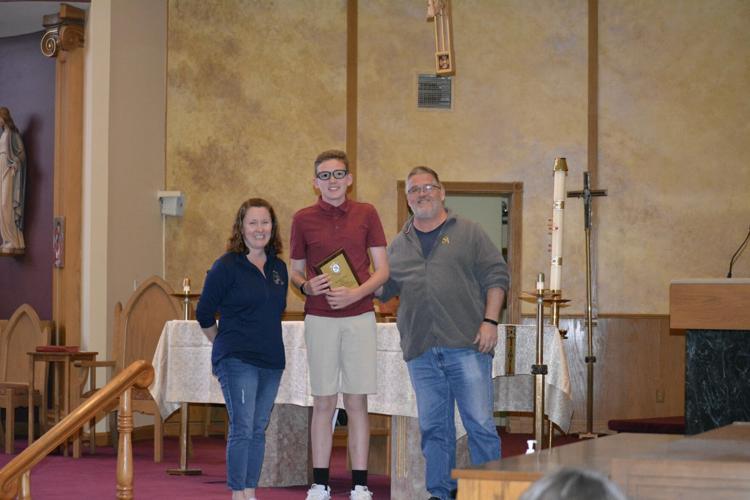 Timothy Boyle, a graduating eighth grader at The Saints Academy in Beverly, is honored with one of the school’s prestigious Stephen O’Grady Awards Presenting the award to him are school Principal Kelly Fernald and Tom Walsh, the Saints Academy Middle School History Department Director.

Timothy Boyle, a graduating eighth grader at The Saints Academy in Beverly, is honored with one of the school’s prestigious Stephen O’Grady Awards Presenting the award to him are school Principal Kelly Fernald and Tom Walsh, the Saints Academy Middle School History Department Director.

The awards, which celebrate a Saints Academy student-athlete’s determination, dedication, hard work and sportsmanship, are given out each year by the school in remembrance of O’Grady, a Salem native who had a huge impact on the young people of his hometown as well as those at St. John’s the Evangelist School in Beverly.

O’Grady was the President of Salem High’s student council and of Immaculate Conception Parish’s youth group. He began coaching in Salem Little League at age 16, coaching his beloved Reds in Salem LL’s Majors Division and then serving as Vice President of the league. The baseball diamond at Salem’s Forest River Park is named after Steve O’Grady.

Beginning when he was 19 years old, O’Grady spent seven years at St. John the Evangelist School, serving as a basketball coach, physical education teacher, athletic director, and middle school wellness teacher. He started the girls basketball program and the ski program at the school during his time as AD. Even after moving on, he filled in as a phys ed teacher when needed.

O’Grady became the Executive Director of the Salem Boys and Girls Club, which had recently been forced to shut its doors, when he was 26. He built it back into a thriving Club for the kids of Salem. But in September 1999, less than a month after his 30th birthday, his life was cut tragically short after he was killed by a drunk driver.

As quoted by the character Peeta Mellark from ‘The Hunger Games’, O’Grady is best remembered by this credo: {em}“Our lives are not measured in years, but are measured in the lives of people we touch around us.”