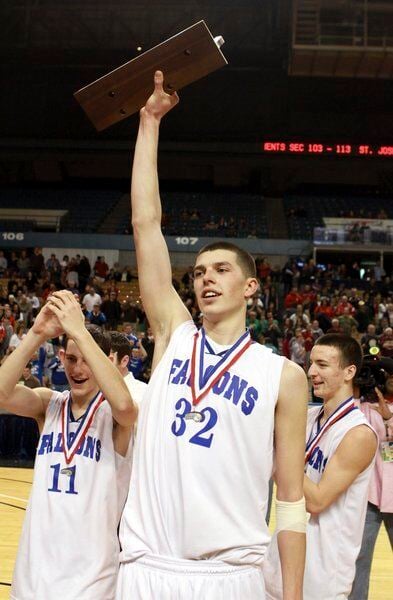 Then Danvers High senior captain George Merry brings the MIAA D3 State Championship over to the stands to share with the Danvers fans that traveled to the DCU Center in Worcester to see the Falcons take home their first State Basketball Title in 2012.  David Le/Staff 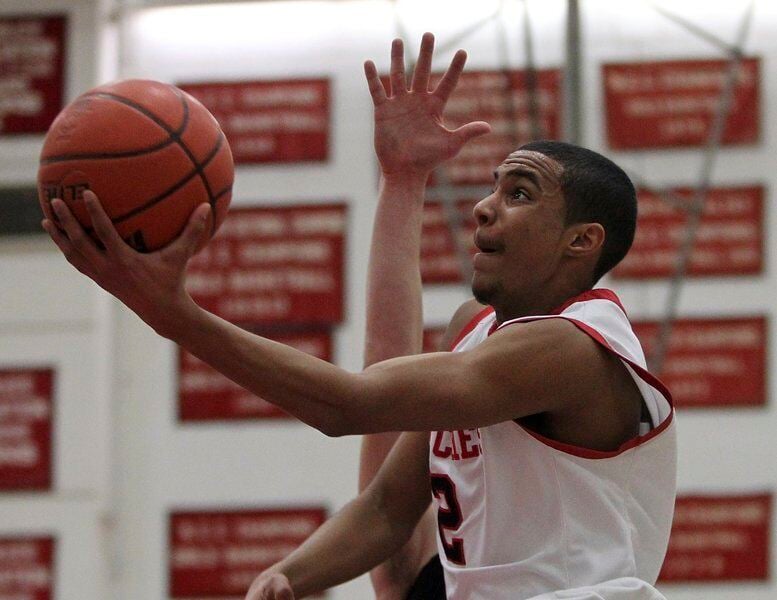 DAVID LE/Staff photo. Salem's Ricky Arias had plenty of great games for the Witches before transferring to Pingree and continuing a stellar high school hoops career. 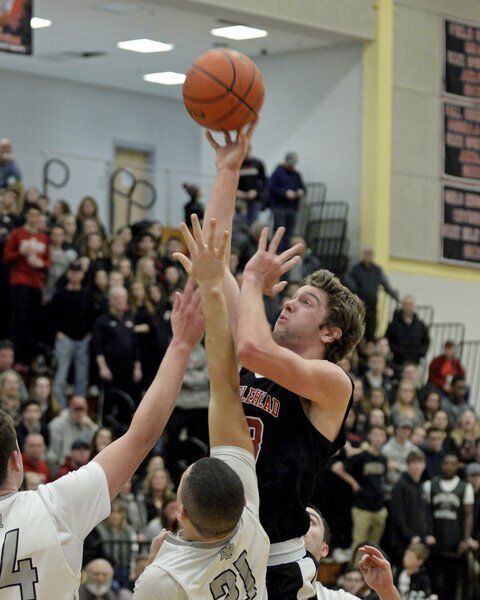 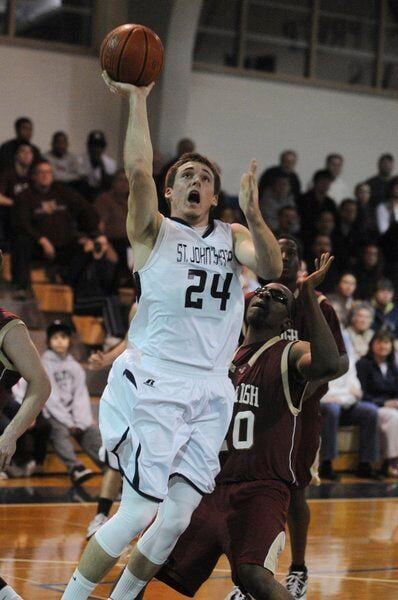 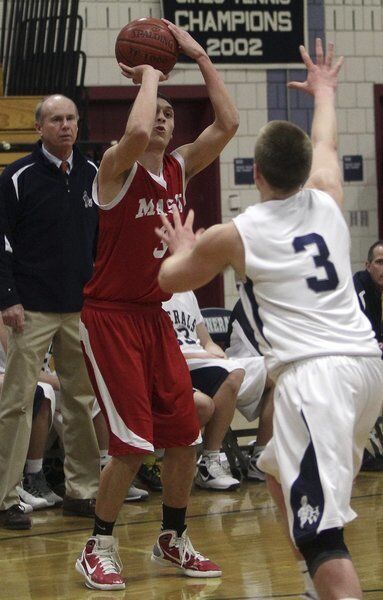 Masconomet's Adam Bramanti (3) lit it up from the field during a tremendous high school basketball career. David Le/Salem News 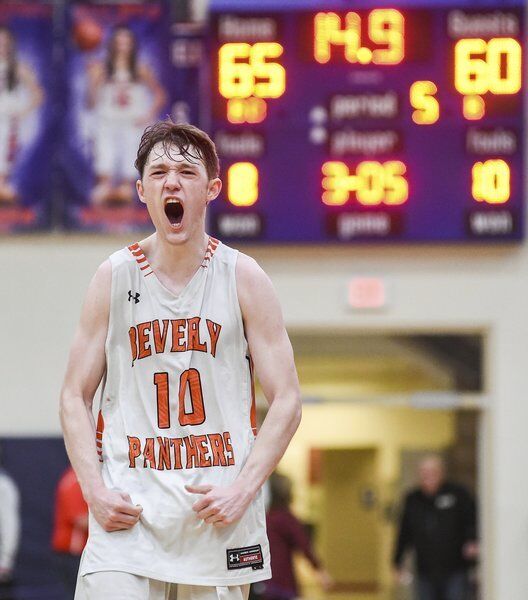 The question is, out of all those great teams and great players, what 15 guys stood head and shoulder above the rest?

It wasn't easy, but through plenty of stats digging, archive research and personal memory from games I've covered over the past five years at The Salem News, I came up with this list. It's not perfect, and there will certainly be disagreements and worthy arguments for players not chosen. But I think one thing most people would agree on is that the following 15 athletes strung together wildly impressive careers at their respective schools.

For this particular All-Decade squad, players from the following Salem News coverage area schools were considered: Danvers, Beverly, Salem, Marblehead, Peabody, Swampscott, Hamilton-Wenham, Masconomet, Ipswich, Essex Tech, St. John's Prep, Bishop Fenwick and Pingree. I chose to go with a positionless starting five as well as 10 other worthy hoopsters from the past 10 years. Players whom I strongly considered but begrudgingly had to cut are listed in the honorable mention section.

So without further adieu, here we go ...

Marcus Zegarowski, Hamilton-Wenham (2013-2015): One of top North Shore talents during his two years with the Generals prior to transferring ... Led H-W to perfect 25-0 record and Division 4 state title as a sophomore ... Averaged over 20 points while leading team in assists and steals during 10th grade campaign ... Cape Ann League Player of the Year ... Tremendous defender ... Currently the starting point guard for Division 1 Creighton University.

Antonio Reyes, Salem (2011): Netted 1,586 career points, ranking him third all-time at Salem High behind only legends Scoonie Penn and Rick Brunson ... Averaged 21.7 points as a senior ... Despite his size, moved to forward as senior and tore down nearly 12 rebounds per game.

Nick Bates, Danvers (2013): Averaged a modest 12 points and 11 rebounds per game as senior for balanced Falcon attack that won Div. 3 state title ... Came through with 12 points and 17 big rebounds in state championship win over Smith Academy ... Six-foot-5 Northeastern Conference all-star shined at collegiate level for for Salve Regina where he scored over 1,000 career points.

Derek Marino, Marblehead (2018): Consistent scorer and rebounder concluded senior year with averages of 19.3 points and 8.7 rebounds ... Racked up 130 steals for his career (2 per game) and averaged 8.6 rebounds during his time as a Magician ... Northeastern Conference All-Conference member scored 1,063 career points ... Went on to play football at Bates.

Felix Kloman, Pingree (2020): One of the top all-around talents of the last decade, Kloman wrapped up his career with averages of 19 points, five rebounds and five assists per game ... Six-foot-6 guard was always a threat for game-altering dunk ... All-New England Prep School Athletic Conference (NEPSAC) selection was recruited by a number of Division 1 programs before settling on Brown University.

Jack Crowley, Beverly (2020): Four-year varsity player formed formidable 1-2 punch with Moreland in helping the Panthers advance to their first-ever Division 2 state semifinal appearance ... Arguably the top rebounder of this past decade, Crowley pulled down 14.1 rebounds per contest as a senior to go with 13.8 points and 4.1 assists per game ... NEC All-Conference selection will continue hoops career at Worcester State.

Jake Rudolph, Masconomet (2015): As pure a scorer as they come, Rudolph surpassed the 1,000 career point mark as a senior ... Averaged more than 20 points per game as both a junior and senior ... Cape Ann All-League selection continued his career at Endicott College.

Ricky Arias, Pingree/Salem (2018): A first-team NEC All-Conference member as a sophomore at Salem High, Arias transferred to Pingree and didn't disappoint ... Averaged team-best 19 points, six rebounds and four assists per game as a senior ... Surpassed 1,000 career-point mark when he scored 39 points, including nine 3-balls, in a Highlanders' win ... Arguably one of the greatest male athletes ever at Pingree now runs track at UMass Amherst.