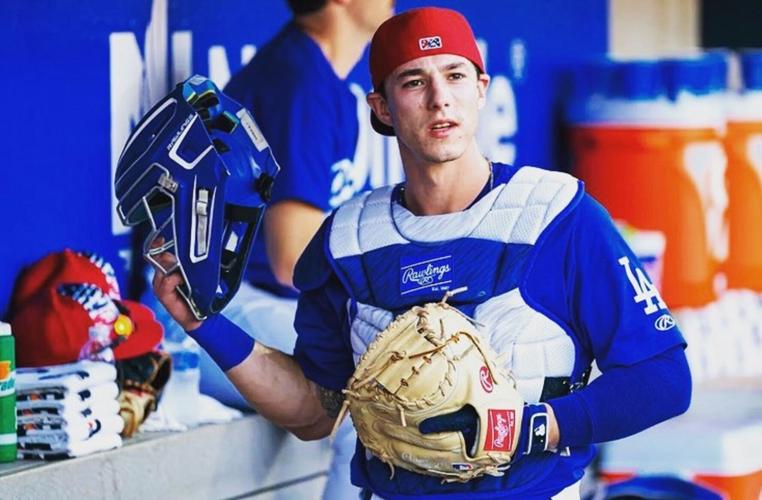 Ryan January of Swampscott recently earned a promotion to Double-A Tulsa in the LA Dodgers organization. 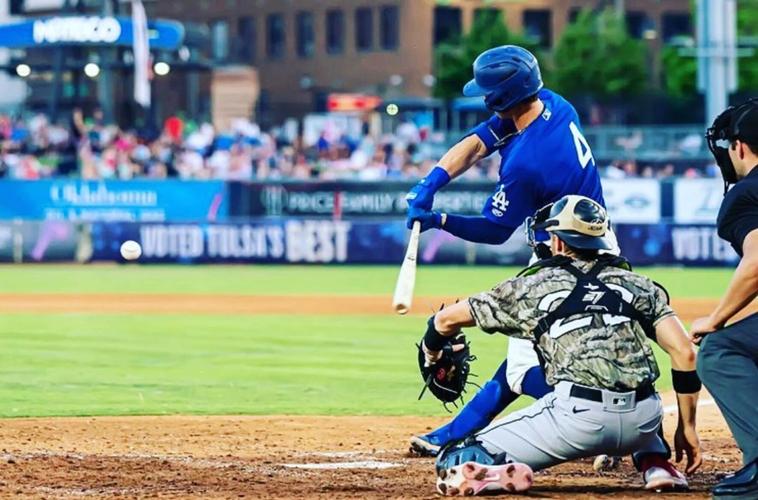 Swampscott’s Ryan January has 75 RBI in 159 games with the Dodgers’ organization and recently moved up to Double-A Tulsa.

Ryan January of Swampscott recently earned a promotion to Double-A Tulsa in the LA Dodgers organization.

Swampscott’s Ryan January has 75 RBI in 159 games with the Dodgers’ organization and recently moved up to Double-A Tulsa.

Now in his seventh summer as a professional baseball player, Ryan January believes the most important thing in today’s game is being ready to adapt.

That might mean switching up swinging mechanics at the plate, or hopping in a car at a moment’s notice to head to a new city. At the highly technical, intricate catcher’s position, adapting means never being afraid to challenge yourself to work with different pitchers in different ways.

It’s a philosophy that’s paying off for January, a 2015 Swampscott High grad now playing in the Los Angeles Dodgers’ farm system. He was promoted to Double-A for the first time in his career three weeks ago, joining the Tulsa Drillers after a 12-hour drive there from Michigan, where he’d been with the Great Lakes Loons.

“It feels great ... Oklahoma can be pretty hot, but not bad. Tulsa’s a great city with great fans. You can tell right away it’s a really great environment for baseball,” said January, who’d already played in six games for the Drillers through Monday’s action.

At 6-foot-3, the 25-year-old January has always been considered a big catcher. Being a phenomenal athlete who runs very well had some scouts suggesting he might try the outfield when he was in high school, but he fell in love with catching in Swampscott Little League and never wanted to change.

The Arizona Diamondbacks agreed, drafting January as a catcher in the eighth round in 2016 after he played a year of junior college ball at San Jacinto in Texas (reaching the JUCO World Series, where he was one of the best players and blasted 4 homers). He spent the first four years of his career there, rising from rookie ball to the short season and then full-season Single-A levels ... but found himself “messing around” a bit in the outfield and at first base towards the end of 2019.

He was at Diamondbacks spring training in early 2020 when COVID-19 shut down baseball and eventually wiped out the entire minor league season. That turned out to be his last stint with Arizona, since the Dodgers opted to use a Rule 5 draft selection on him that December; under Major League Baseball rules, players that have been with an organization for more than four years without making a 40-man roster can be picked by other teams.

Just weeks after winning the 2020 World Series, the Dodgers saw something in January and took a chance on him in the Triple-A portion of that Rule 5 process.

“Time does fly. In some ways it feels like that COVID shutdown was yesterday, and in some ways it feels like 10 years ago,” January said. “I’m really grateful for everything I learned from the D-Backs. When you get a chance to join an organization as deep and well run as the Dodgers — and they just won a World Series — that’s humbling and really exciting.”

One of the first things Dodgers brass told January was that they liked him at his natural, primary position of catcher.

“That cleared the air a little bit,” he said. “I was definitely excited. Hearing that gave me a little boost of competitive fire and definitely some confidence.”

January rewarded the faith by throwing out 16 base stealers in his first year with Great Lakes in 2021. He’s already tossed out six more between his two teams this year and has made only 22 errors in nearly 1,400 professional innings (.986 fielding).

The art of catching, he says, is more about a relationship and trust level with a pitcher than any kind of physical skills like tossing the mask to catch a pop-up.

Minor league hurlers might be trying to perfect a certain pitch in order to move up the ladder or reach the big leagues ... but they also need to get that night’s hitters out. Finding that balance (along with the coaching staff) is a big part of a catcher’s job — and January embraces it.

“There’s some game planning stuff ... maybe there’s something I notice from the first at-bat that translates to the sixth inning,” January said. “You want to help the pitchers out in any way you can. On the development side — especially with the Dodgers who are really a pitching factory turning out a ton of big league capable guys — you want to make sure you’re doing your best to be a good resource.”

In modern baseball, analytics is always suggesting new ways to attack hitters. As a catcher, being ready to receive and frame those new pitchers is part of the adaptability that makes a big catcher like January so valuable.

“A good example is the rise fastball, up in the zone,” January explained. “When I started out, you didn’t see that pitch very often. Now, it seems like everybody has one. It’s a really explosive pitch.

“You catch so many different guys and you want them all to be comfortable. You want guys to want to throw to you,” he continued. “Catching is a very technical position and you have to be ready for changes.”

The mental energy consumed by catching is part of what makes hitting at the position so difficult across all levels of baseball. January has adjusted his expectations with the bat a little bit since turning pro ... but retains an impressively discerning eye and plenty of pop.

For example, though his career minor league batting average is .219, his career on-base is .367. At Tulsa so far, it’s .429. He’s cut down his strikeout-to-walk ratio since going to the Dodgers and is very disciplined with runners on base, totaling 75 RBI in 159 games in the LA system (including a highlight six in one game last summer).

“When I struggle it’s because I’m trying to do too much,” January admitted. “I want to make good contact and hit the ball hard. When I’m at my best, I think I’m a guy who can add some power and definitely be a strong on-base, strong OPS guys. I definitely want to get the RBI when they’re out there to be had.”

January’s OPS (on-base plus slugging) has consistently been above .700 his entire pro career. That puts him in solid company among catchers and reveals his penchant for home runs (21 in 153 games with the Loons) and doubles (25). The same eye that helped him draw a ridiculous 36 walks his senior year for Swampscott’s Big Blue (his on-base was .646 in an All-American season) and has led to seven free passes in six Double-A games.

Of course, the goal remains rising up the ranks and someday reaching the big leagues. For a kid that comes from one of the North Shore’s premier baseball families (grandfather Don played in the minors for Cleveland and Boston from 1964-67 and is one of the area’s most respected umpires, while dad Derek is President and GM of the North Shore Navigators), still being in pro baseball after seven years is its own reward.

So, too, is getting the call up to Double-A.

“You can tell its a step up,” January said. “It’s a cleaner version of the game. Everything’s just a little bit finer and a little bit crisper. I’ve got a lot of great teammates I can learn from and its been great so far.”