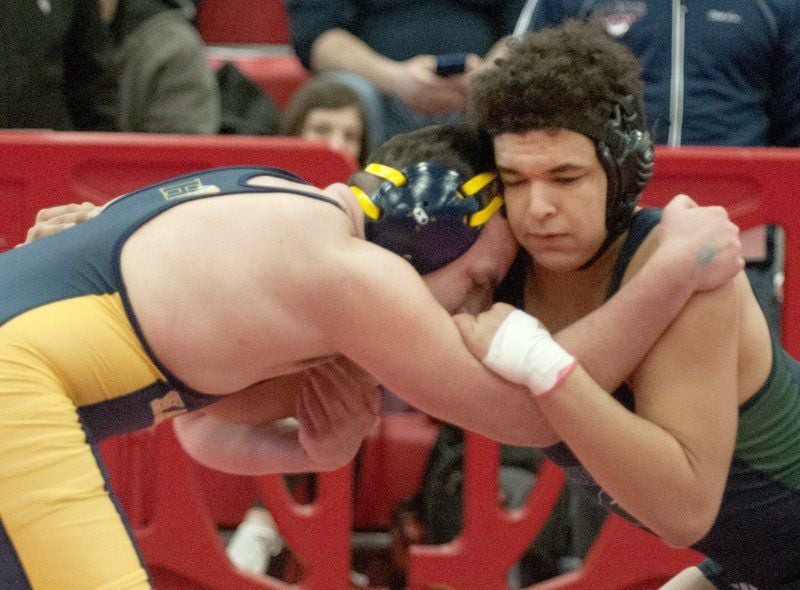 JIM VAIKNORAS/Staff photoTeam captain Faissal Ferouni is one of the top wrestlers for the Hawks. 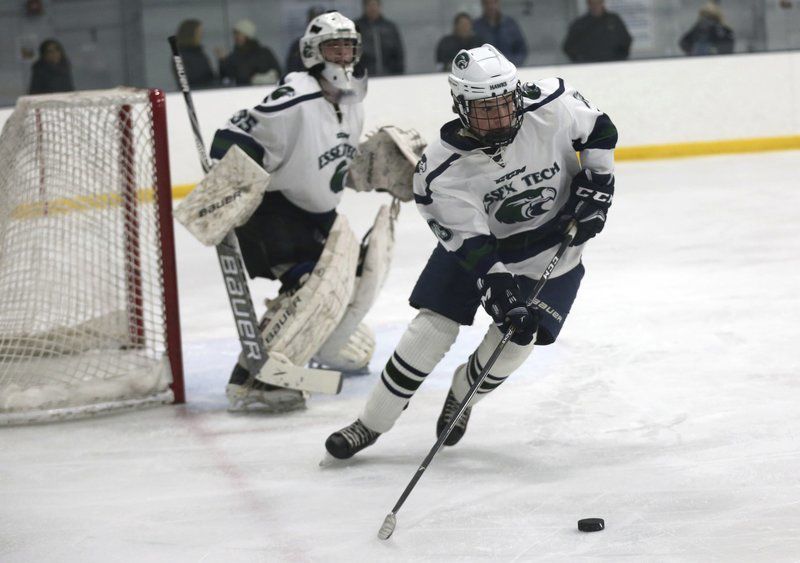 HADLEY GREEN/Staff photoEssex Tech’s Evan Danjou can expect a lot more responsibility and playing time on defense in this, his junior season.

JIM VAIKNORAS/Staff photoTeam captain Faissal Ferouni is one of the top wrestlers for the Hawks.

HADLEY GREEN/Staff photoEssex Tech’s Evan Danjou can expect a lot more responsibility and playing time on defense in this, his junior season.

Outlook: Six seniors and 10 juniors are back for the Hawks, who have their eyes set on a second straight postseason bid (this time as a Division 3 entry, which is the best fit for them). Captains Masta and Levesque are not only linemates but close friends who work extremely well together on the ice, combining for 37 goals and 70 points a year ago. With help from newcomers such as David Egan and Chris Batten and continued stellar netminding from Ahlin (2.89 GAA, 4 shutouts last winter), Essex Tech can realistically set its sights on a league title.

Outlook: The Hawks will be without leading scorer and facilitator Kendall Hersey this season as the senior guard tore his ACL back in October. But they bring in plenty of young talent and, according to head coach Juan Juan, are more talented overall than last winter when they made the playoffs. Essex Tech should compete for a league championship once again.

Outlook: The Hawks went through a tough transition last season, having shuffled through multiple coaches. However, new bench boss Greg O’Brien is eager to take over the program, knowing he has dependable offensive weapons in Grace Weatherbee and Virginia Vienneau.

Outlook: The Hawks had a great run in last year’s postseason, sending four wrestlers to the Division 3 North sectionals for the first time. Three of those are returning with Cameron Lampert, Mark Vecchio and Faissal Ferouni hoping to make it back to the postseason. The trio also all played in the top six at the State Vocational Tournament. In addition, Essex had a solid crew of younger returning wrestlers that are looking to step up and fill out the lineup.

Outlook: The goal is to build on last year’s success. Although a few key seniors have graduated, there is a great young core of athletes ready to continue the progression for the Hawks.

Outlook: Last year’s seniors did a great job molding the younger athletes, who in turn are now determined to meet their goals. The Hawks are excited to progress and compete.