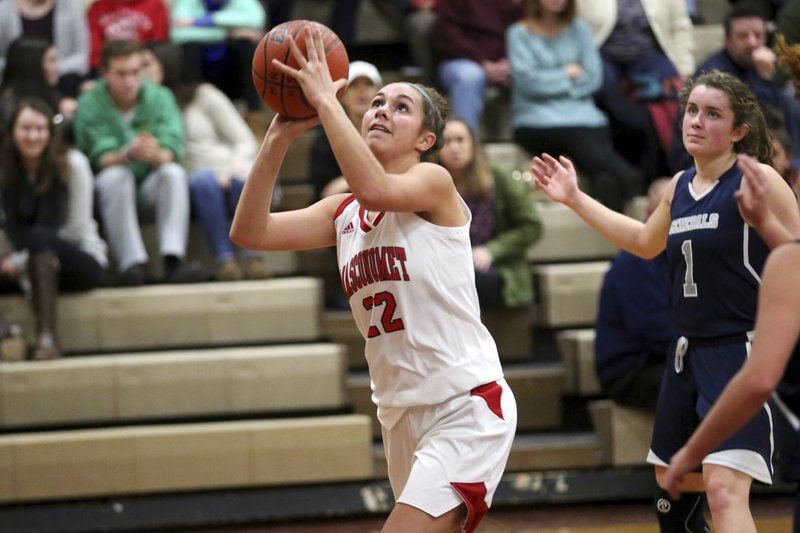 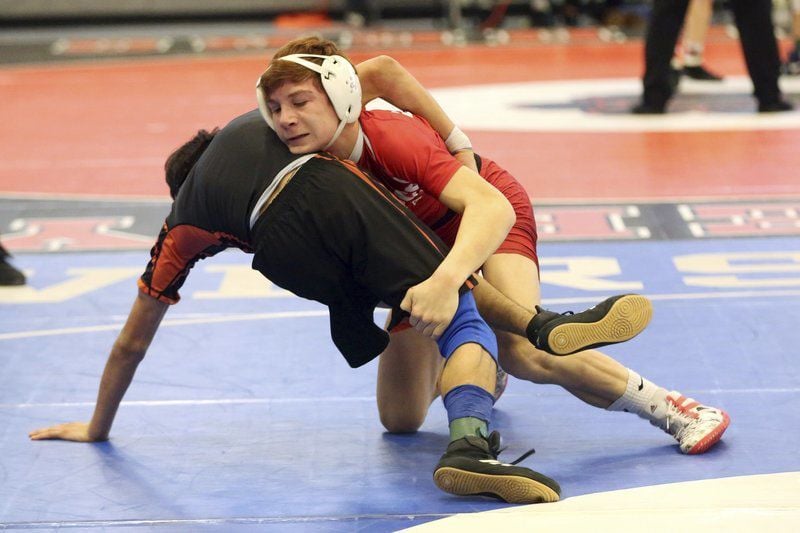 HADLEY GREEN/Staff photoTrevor Nugent is one of a handful of talented wrestlers who should make some noise come tournament time for the Chieftains. 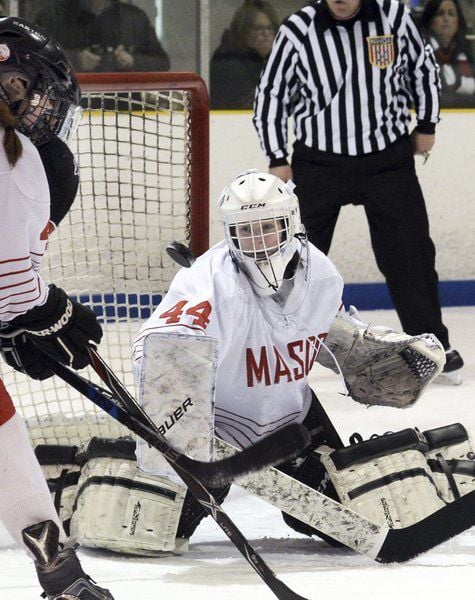 CARL RUSSO/Staff photoAfter a spectucular sophomore season, Molly Elmore is back between the pipes for Masconomet hoping to guide her squad to a state title.

HADLEY GREEN/Staff photoTrevor Nugent is one of a handful of talented wrestlers who should make some noise come tournament time for the Chieftains.

CARL RUSSO/Staff photoAfter a spectucular sophomore season, Molly Elmore is back between the pipes for Masconomet hoping to guide her squad to a state title.

Outlook: Depth and experience and prevalent for the Chieftains, who have nine forwards, six defensemen and all three goaltenders back from a year ago. Gotts (24-23-47) is one of the North Shore’s premier talents and is closing in on 100 career points. He’s got plenty of offensive firepower around him, a strong corps of blue liners and solid goaltending as the last line of defense. Juniors Paul Nicols and Jason Schueler (back from junior hockey) and sophomore Trevor Currier (recovering from an offseason ankle injury) should also chip in.

Outlook: After a second straight trip to the state semis, the Chieftains return 10 players but also lost 10 as they try to crack through and make it the TD Garden this time around. Having all-star goalie Molly Elmore, last year’s Salem News Player of the Year, back is a great place to start. Up front, Abby Gendron is looking to build on a career year (31 points) and Mikayla Vincent is plenty dangerous. Captain Anna Behringer anchors a D-corps that has five returnees, four of them sophomores. It’s a team perhaps not as deep as last year’s, but is certainly talented. Defending their league title is the first order of business for a squad that hasn’t dropped a league game since Feb. 2017.

Outlook: The Chieftains are relatively undersized and will have to rely on their speed and defensive prowess. With that being said, coach Duplissee feels good about things early on with this group and there’s no reason to believe Masco won’t compete for another CAL title.

Outlook: Despite dropping only two games last regular season, the Chieftains were surprisingly bounced in their first playoff game. The unexpected setback could have been a result of inexperience — which will not be a problem for Masconomet in 2018-19. Junior Makayla Graves is poised for a productive junior campaign along with seniors Sara Fogarty and Nicole Amyouny. Sophomore Cally McSweeney will also play a bigger role in the paint this season after averaging almost six rebounds per game last season.

Outlook: Reigning Salem News Wrestler of the Year and Virginia Tech bound Jack Darling is the headliner, but it’s a deep Masconomet squad that also features returning All-State placer Liam McAveney. Senior captain Joey Perkins also placed at Division 2 states, giving the Chieftains some top line talent. In addition, head coach Todd Darling is excited a crop of newcomers that will help them fill out just about every weight class after having to forfeit some with low numbers the last few seasons.

Outlook: Aidan Colbert, Calvin Dickinson, Ian Swanson, Sean Bonefant, Cam Colanninno and Devin Goodwin will add strength in distance events, while Austin Paul and Diego Gomez will do the same in the shot put, Will Mitchell and Steve Naelsnick in the hurdles, and Will Bennett, Will Garten and Jack Gilmore in sprints. It will take time to get all the newcomers some experience, but the Chieftains anticipate another competitive season.

Outlook: The Chieftains are looking to improve with several talented underclassmen combined with the experience of several key returnees. They should be strongest in the 300, 600 and distance events.

Outlook: Masconomet is looking forward to a great season. The team is full of enthusiasm and team spirit. The Chieftains have a large group of new swimmers with a variety of experience levels and some returning veterans who are looking forward to registering some great times.