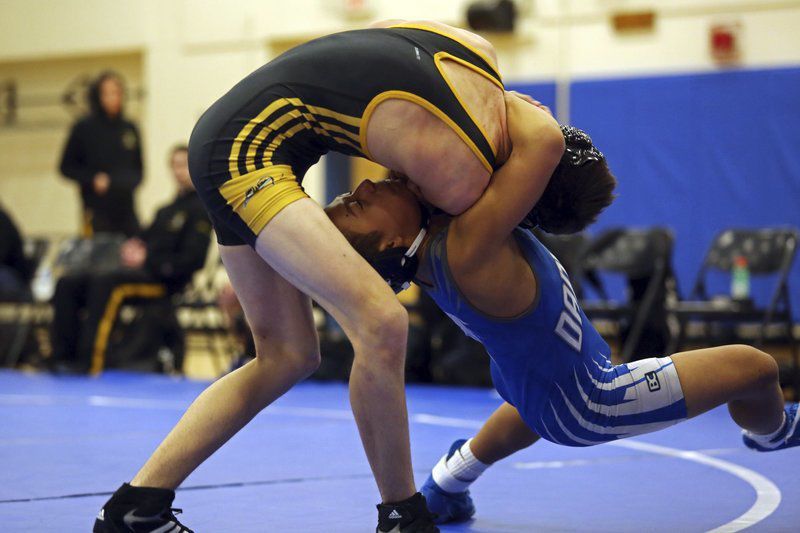 HADLEY GREEN/ Staff photoMax Leete (right) made an impact for the Danvers High wrestling team a year ago as an eighth-grader and figures to make an even bigger impact this winter. 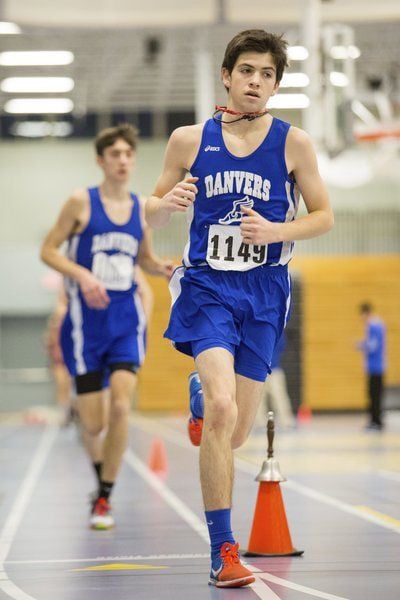 HADLEY GREEN/ Staff photoMax Leete (right) made an impact for the Danvers High wrestling team a year ago as an eighth-grader and figures to make an even bigger impact this winter.

Outlook: With both goaltenders back, four of five starting defensemen and an abundance of speed, talent and chemistry up front, the Falcons are the clear front-runners to repeat as NEC champions. Mento (50 points) and Purtell combined for 43 goals and 89 points a year ago and will team up with the dangerous DiSciulo (23 points), while Mscisz-Thibodeau-Puska can also fill opposing nets. Taylor plays upwards of 30 minutes a night in all situations from the back line, with Bublik the last line of defense. Consistency and focus are the keys for Danvers’ long term success. An upset loss in last year’s playoffs should fuel the Blue and White all winter.

Outlook: The Falcons are coming off one of their worst seasons in recent memory record wise and will be playing with a new head coach for the second consecutive year. But they have some quality returning players including last year’s leading scorer Justin Roberto and team captain Tahg Coakley; they’re poised to make some noise in the NEC.

Outlook: “We’re looking to be competitive night and night out, improve on last year’s record and get further into the playoffs this season,” said Veilleux.

Team captains: To be named.

Outlook: The Falcons have very good depth and some serious top-end talent. Three-time state champion Colby Holland leads the pack, but freshman Max Leete was third in the state last year as an eighth grader and Russ Canova also placed in the top 10. Danvers has another four grapplers that earned top 10s at last year’s North sectionals, so it looks like the pieces are in place for another strong winter on the mats in Oniontown.

Outlook: With many new swimmers, the Falcons are looking to get the most time in the water and get ready for some early tough meets. With the new teams they face, there will be new challenges in the conference, but Beaulieu is looking forward to seeing her team progress.

Outlook: It’s a well balanced group for the Falcons with some strong returnees who have improved greatly in most events.

Outlook: Hard work should pay big dividends for the Falcons over the course of the season. There are still some events they’ll look for improvement in to compete with the top-level teams.