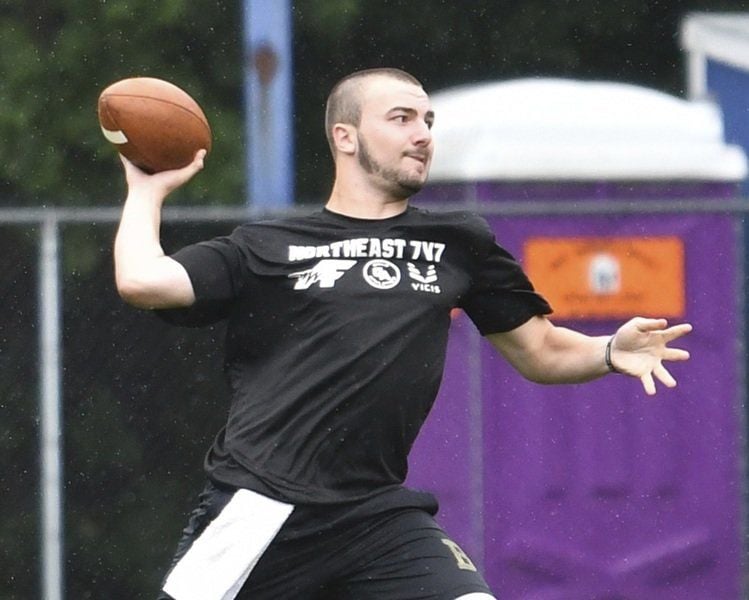 Healthy and ready to roll in his senior season, Cory Bright is the quarterback of a talented Fenwick offensive unit. Rose Raymond photo 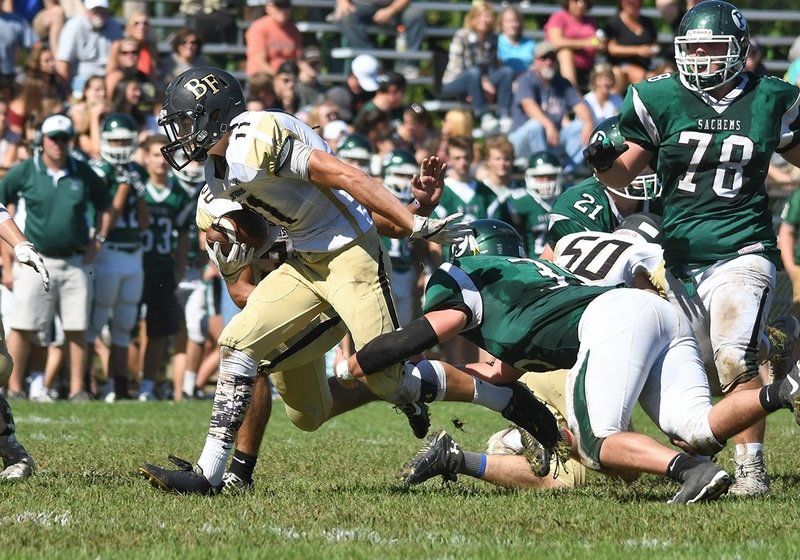 Healthy and ready to roll in his senior season, Cory Bright is the quarterback of a talented Fenwick offensive unit. Rose Raymond photo

Veteran head coach Dave Woods realizes games are won on the field, not but what's listed on his team's roster. That said, it would be hard to find any weaknesses on this year's team.

Things are looking up for the Crusaders with senior quarterback Cory Bright healthy and ready to pick up where he left off last year before being sidelined by an early season injury. Back for his fourth season under center and in his second year as a team captain, Bright is a threat every time he drops back to pass, since he also causes havoc by taking off and running for first downs.

The Crusaders offense is ready to click on all cylinders with leading receiver George Fiskatoris and sophomore Stefano Fabiano top targets for Bright. David Cifuentes led all rushers a year ago as a sophomore, gaining 793 yards and scoring five touchdowns. He has good hands and hauled in eight catches for 210 yards and three scores in 2017.

"Bright looks great; the key to our season will be keeping him upright," said Woods, now in his 21st season patrolling the Fenwick sidelines. "We're really excited about this season and the kids have put in a ton of work. We were so young a year ago ... and we're still rather young as a team ... but we have so much experience coming back.

"Cory is such a great athlete and a great leader. He understands defensive schemes and offensive series'. He's a very smart player and has three or four options. When the defense is on the field, he can go over things on the sideline with the coaches."

Bright has a wealth of strong running backs and receivers. With him under center, it brings a special dynamic to the offense.

"We're very deep at receiver, and Cory has six to eight kids that are very talented there," said Woods. "There are a lot of different ones to throw to."

Fiskatoris caught 39 passes for 458 yards with five touchdowns and was the Crusaders' leading receiver a year ago. Senior captain Derek DelVecchio (59 catches for 241 yards and 2 TDs) was right behind him. DelVecchio and fellow captain receiver Keegan O'Connor are both defensive backs as well.

Four of the five starters on the offensive line return, with 3-4 others fighting for that last starting spot. Sophomore Matt Juneau started quite a few games at center last season, while senior left guard Ian Connor from Peabody and left tackle Tom MacDonald, a 6-foot-5, 245-pound captain, have been together a couple of years. Junior T. J. Hazard will return at right tackle or play right guard, depending on who is the best candidate to fill the one open spot.

" We've got a good returning group up front," said Woods. "No matter how talented you are, if the line can't protect it's going to be a long day. That's the key position, and fortunately we've got a lot of experience.

"If there's a weakness it's always a worry about depth, especially on the line. The key is to stay healthy and avoid big injuries."

In addition to Cifuentes in the backfield, the Crusaders will count on sophomore Angel Martinez and Joe Rivers, a junior transfer from Malden Catholic.

"I've known Joe since way back when he played youth football in Wakefield with my son," said Woods. "He's a good student who is looking at schools like Stanford, Boston College and Holy Cross. He has filled a couple of key spots for us."

The cornerbacks are Fiskatoris, O'Connor, and sophomore Stefano Fabiano, with junior Jake Miano from Salem and DelVecchio at safety.

With three of the four other coaches in the Catholic Central League new and Austin Prep no longer in the CCL, Woods don't know what to expect from other teams.

"Cardinal Spellman will be strong again and St. Mary's is always good, but with new coaches at Arlington Catholic, Archbishop Williams,and St. Mary's things will be totally different," he said. "We know what they've done in the past, but have no idea what changes will be made."

Did you know?: Joe Rivers, a junior transfer from Malden Catholic, is the fastest player on the Fenwick squad. He will add strength to the offense at running back and will play linebacker on defense, but can pitch in just about anywhere he is needed. Rivers and his Fenwick teammates travel to MC to face the Lancers in October.

Team-by-Team previews, facts and figures heading into the 2018 high school football season. Click on the arrows below to scroll between the le…

They are the unsung heroes of football — the guys who put their bodies on the line, both literally and figuratively, on every snap and almost …