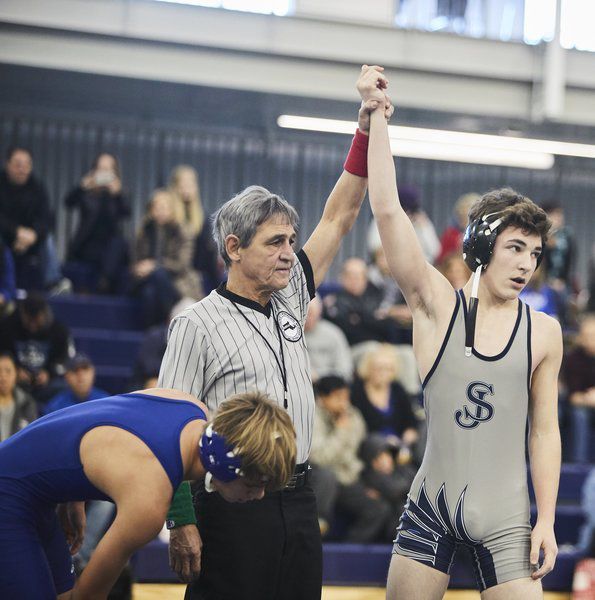 Quinn Alexander is one of a handful of talented wrestlers gracing the St. John’s Prep roster. 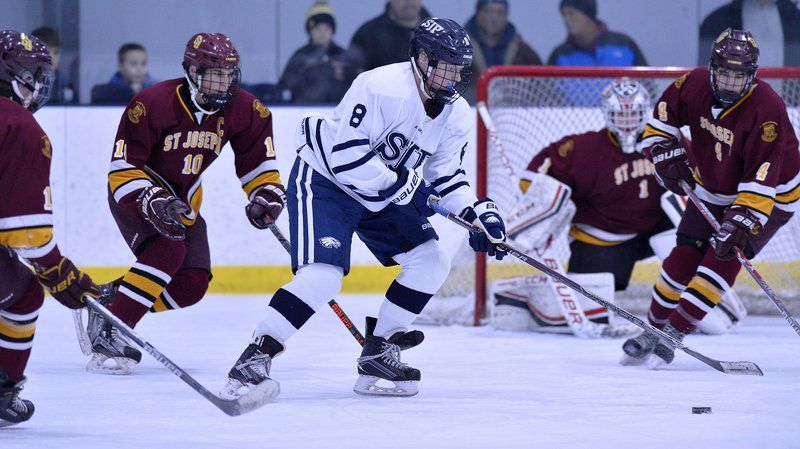 MIKE SPRINGER/Staff photoThe St. John’s Prep indoor track team should be a powerhouse once again thanks to the likes of runners like Steven Jackson.

Quinn Alexander is one of a handful of talented wrestlers gracing the St. John’s Prep roster.

MIKE SPRINGER/Staff photoThe St. John’s Prep indoor track team should be a powerhouse once again thanks to the likes of runners like Steven Jackson.

Outlook: With 11 seniors lost to graduation and five others who have gone off to prep school, there are a multitude of new faces in the Eagles’ program. Finding an identity early on will be key; traditionally, St. John’s has gotten stronger and stronger as the season goes on. Newcomers include 11th graders Matt Taylor, Ned Malolepzy and Ryan Webb up front, as well as Josiah Brown and Will Perry on defense. As many as a half-dozen freshmen could have an impact on the varsity, too.

Outlook: The Eagles graduated a strong senior corps that included the likes of 6-foot-7 big man Tommy O’Neil and sharpshooter Matt Relihan. They also lost starting point guard Jarnel Snow-Guzman, who transferred out. They have some holes to fill and are young and inexperienced overall, but boast an impressive group of guards and coach Dullea is excited about this group’s potential.

Outlook: Senior Ryan Garlitz is one of the top wrestlers in New England, perhaps in the country, and returns after gaining 47 pins last season and having a career record of 174-14. In addition, the Eagles bring back two other Salem News all-stars (Nick Curley and Achilles Gikas) and appear primed to defend their Catholic Conference title. Some of the grapplers are getting a late start due to the extended football season with the Super Bowl, but the Prep will almost certainly be firing on all cylinders when the postseason rolls around in late February.

Outlook: The Eagles are excited to reload after graduating some top level seniors. Majeski, MacLeod and Beucler are very consistent and ready to lead the way for St. John’s. The team goal is to build off the momentum of the young distance team’s championship season and add in sprinters, jumpers and throwers to fill out a well balanced roster.

Outlook: “Every year the expectation is to become better people and teammates over the course of the season, by learning life skills that will help going forward in life,” said coach Padvaiskas.