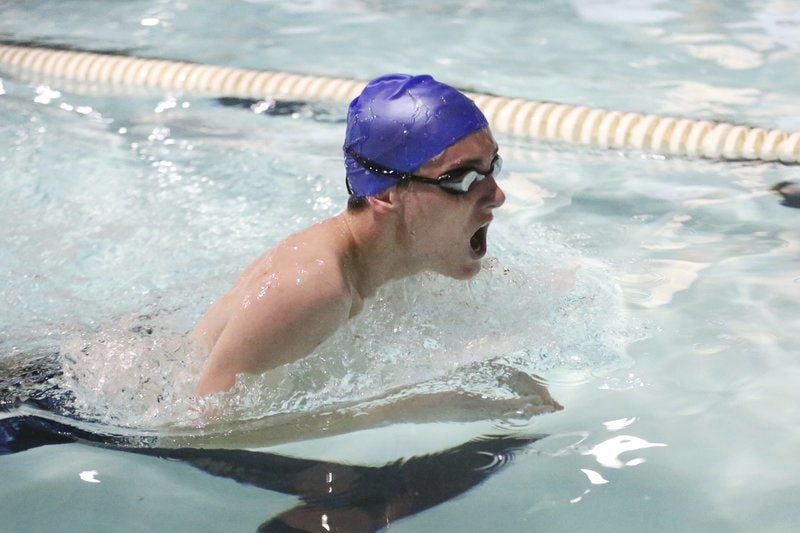 HADLEY GREEN/Staff photosEthan McGrath can contribute in a number of events in the pool for the Falcons. 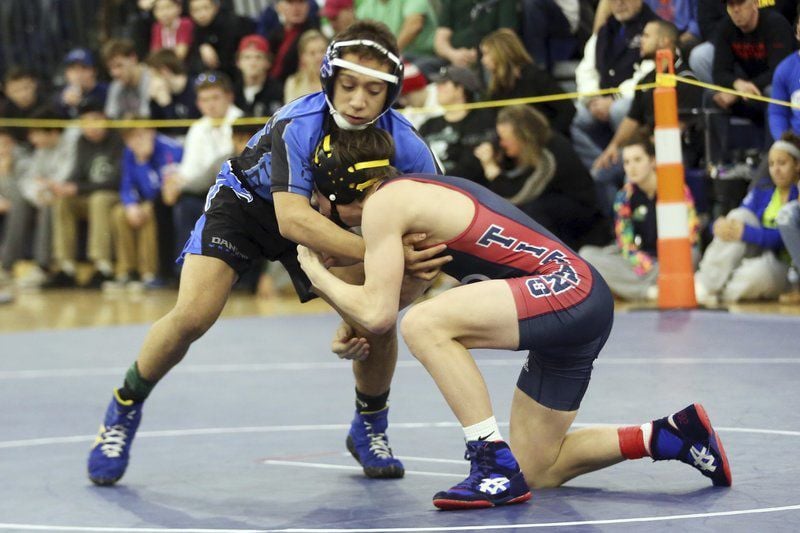 Max Leete had a terrific season on the mat as a freshman, advancing to All-States, and is looking for an even bigger sophomore campaign for both himself and the Falcons as a whole. 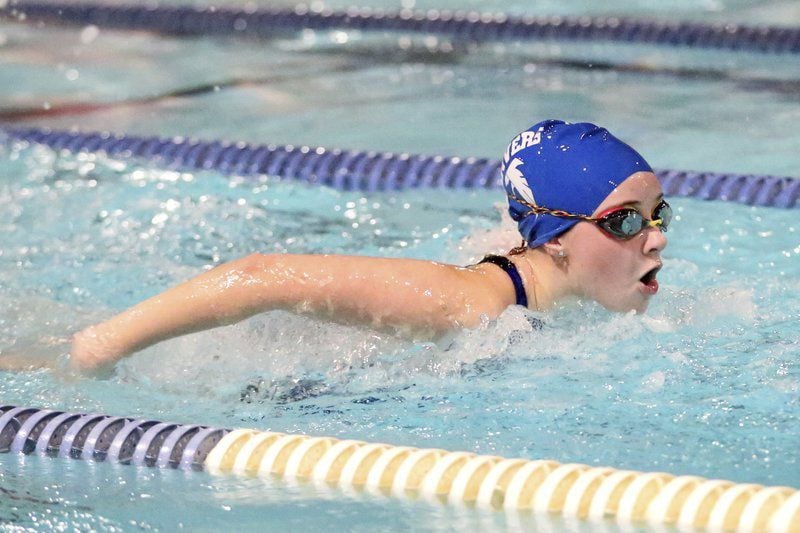 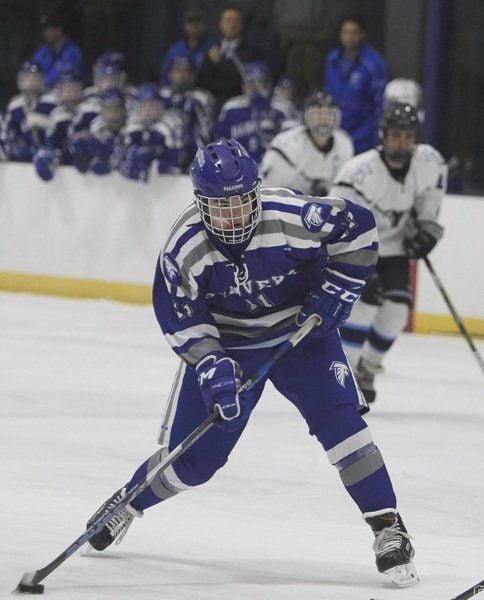 HADLEY GREEN/Staff photosEthan McGrath can contribute in a number of events in the pool for the Falcons.

Max Leete had a terrific season on the mat as a freshman, advancing to All-States, and is looking for an even bigger sophomore campaign for both himself and the Falcons as a whole.

Outlook: The Falcons lost two-thirds of last season’s goal production (67 of 101 total) to graduation, so finding someone to help Mscisz (17 goals last winter) fill the nets is of paramount importance. The team has two strong goaltenders in Prentiss and Bridgeo, and the squad’s drive and passion to win their third straight Northeastern Conference title is already evident. Look for some of the young defensemen to step up and assume key identities.

Outlook: The Falcons struggled to find the win column with an overall inexperienced group last winter. This year, they hope to improve on their progress with a more experienced and veteran led squad. There’s also a pair of promising underclassmen coming into the program that could see varsity burn.

Outlook: The Falcons graduated six seniors from last year’s squad and will be young this winter, with junior Cheyenne Nessinger the only returning starter. However, don’t expect Danvers to drop too far off in the standings, not with experienced role players like junior Maddie Montanari and captain Hailey Chisholm set to take on larger roles in 2018-19.

Outlook: The Falcons have an outstanding group at the top of their lineup with All-State champion Max Leete returning and Russ Canova back after playing at All-States as well. In addition, there’s a group of nine freshmen and three eighth graders hoping to make an impact in the depth of the lineup. Head assistant coach Brent Loveless and assistant Steve Hennessey have been immense in helping head coach Tim Rich prepare for the year as Danvers looks to defend the NEC title and make a run back to sectionals, states and New Englands.

Outlook: This could be the best Falcons’ team in the last 4-5 years. They’re deep in most areas with some good looking newcomers, along with some talented and hard-working No. 1 runners. Danvers should be competitive with most anybody in the conference; expect Peabody, Marblehead and Beverly to be very strong also.

Outlook: The loss of some top athletes to graduation will hurt in some events, but the Falcons should be deeper overall, especially in distance events and shot put. Norris expects toughest competition from Beverly, Marblehead and Peabody.

Outlook: The Falcons are coming off a successful season and boast a strong returning core of experienced swimmers. They should challenge for the top spot in the Northeastern Conference.