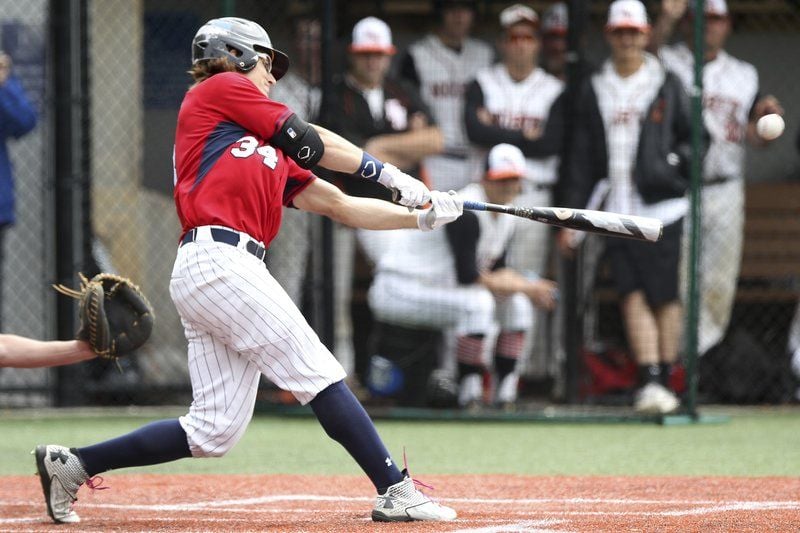 DAVID LE/Staff photo.  St. John's Prep senior captain Keith Leavitt has been on fire since moving to the leadoff spot and is now batting nearly .400 going into Wednesday's Super 8 contest against Braintree. 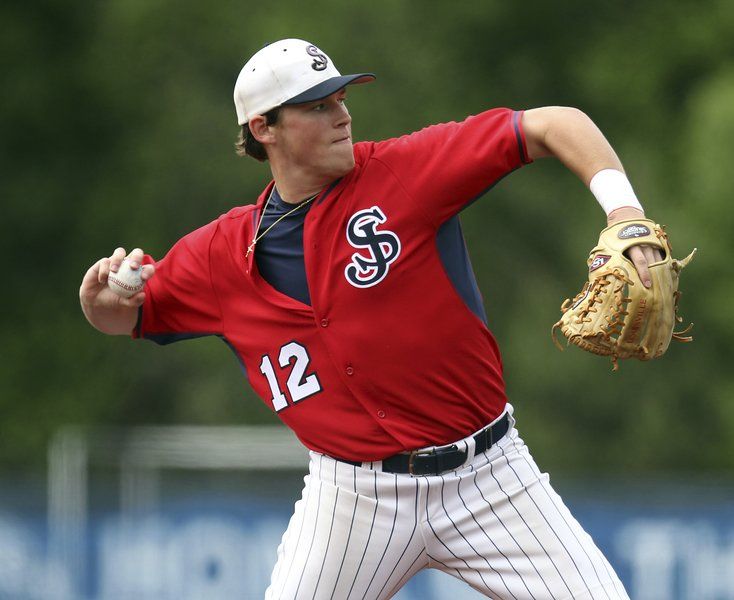 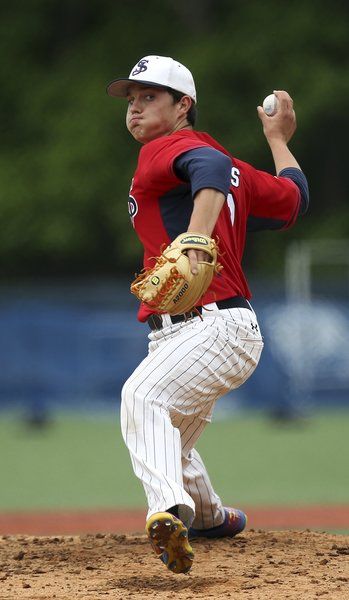 DAVID LE/Staff photo. St. John's Prep senior pitcher Justin Foley could get another crack at Braintree since their Super 8 final was postponed and he'll have four days' rest since he last pitched.

DAVID LE/Staff photo.  St. John's Prep senior captain Keith Leavitt has been on fire since moving to the leadoff spot and is now batting nearly .400 going into Wednesday's Super 8 contest against Braintree.

DAVID LE/Staff photo. St. John's Prep senior pitcher Justin Foley could get another crack at Braintree since their Super 8 final was postponed and he'll have four days' rest since he last pitched.

Second chances are hard to come by in the state playoffs in Massachusetts high school sports.

In fact, the only place they're even possible is in the Super 8 baseball and hockey tournaments. Every other team sports tournament in the Bay State is one-and-done; no mulligans.

That reality is not lost on the St. John's Prep baseball team, which has one of those rare second chances in a Super 8 baseball game Wednesday night (7 p.m.) against Braintree at Brockton's Campanelli Stadium.

If the Wamps of Braintree (21-2) win, they'd be crowned the state Super 8 champions. If the Eagles (21-3) prevail, the teams would meet in a winner-take-all contest, the date of which has not been officially announced by the MIAA. (It would likely be played in Brockton on Thursday following the Division 2 state final between Danvers and Middleboro, though it could be scheduled for Friday.)

"We can only worry about the first one," St. John's Prep coach Dan Letarte said after the team's practice Tuesday. "Right now, we have to go pitch-to-pitch and inning-to-inning and try to find a way to keep playing."

Braintree, last year's Super 8 runner-up and the Bay State Carey Division champions, beat the top seed and Catholic Conference champion Eagles in 11 innings last Friday night. The Prep had a 6-2 lead in that contest before Braintree scored the game's last six runs, including two in the top of the 11th to emerge victorious.

The Wamps were credited with 15 hits in that game, which was low scoring until the Eagles appeared to take control with a four-run seventh.

With arguably the two best offensive baseball teams in the state, it would appear that no lead is safe.

"We were swinging the bats well, and then you see Braintree and it's impressive. They mash," Letarte said. "They hit it 1-through-9. You don't usually see a ball hit as hard as four or five got hit by both teams Friday."

The Prep had to beat BC High, 10-5, on Sunday night to get another crack at the Wamps in this double-elimination tournament. The Braintree rematch was originally scheduled for Tuesday night, but was postponed a day due to forecasted rain.

The extra day could prove fruitful for the Eagles, since Wednesday is a normal four-day rest period for senior pitcher Justin Foley. He holds an 11-0 record this spring, having taken a no-decision against Braintree on Friday after previously no-hitting Newton North in the Super 8 first round.

"I know he's looking forward to it," Letarte said of Foley.

"At one point this year, we won 15 in a row. After Friday, we knew we had to win three in a row to win the Super 8. Phase one is done and now we have to hit and play well defensively against a great team."

"Regardless of who they throw, they're all really good and they're all on full rest," said Letarte.

St. John's Prep's Keith Leavitt, Jacob Yish, Nick Latham and Ted McNamara have been formidable at the top of the batting order. Recently, the Eagles' depth has been key offensively, with senior Cael Schwartz having a huge game off the bench last Friday and sophomore Andrew Selima doing so against BC High on Sunday.

"We've been telling the guys that we need everybody ready. There's 25 guys on the roster and they're all important," said Letarte.

After Foley, the Eagles would likely turn to closer Drew Farris with all hands on deck to try to keep their season alive.

St. John's is looking for its first Super 8 title in the tournament's second year. The Eagles last won a Division 1 state championship in 2000, the second of back-to-back state titles. Their last appearance in a state final was 2006.

"To beat a hot team like BC High gives us some confidence back, and the kids are excited to be able to play for a state title," Letarte said. "You need your best bats of the season to beat a team like Braintree; hopefully we'll have our best baseball of the year ready to go."