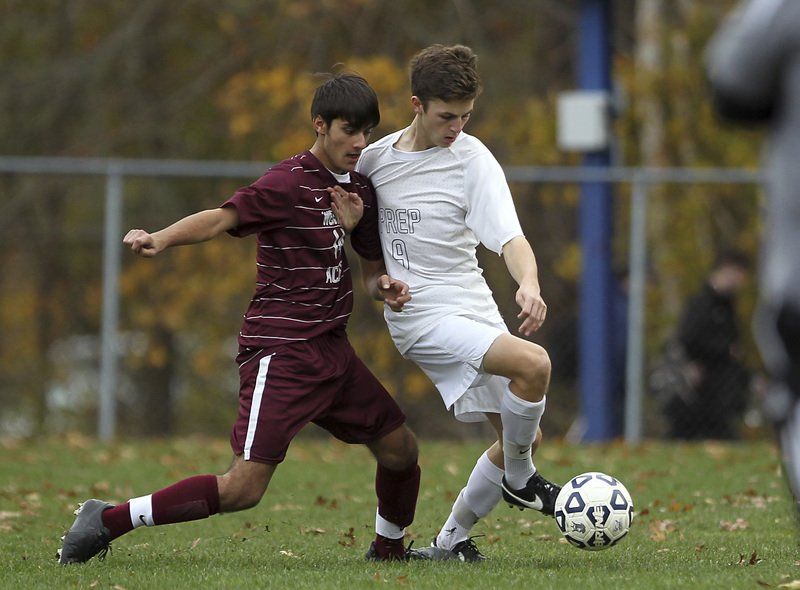 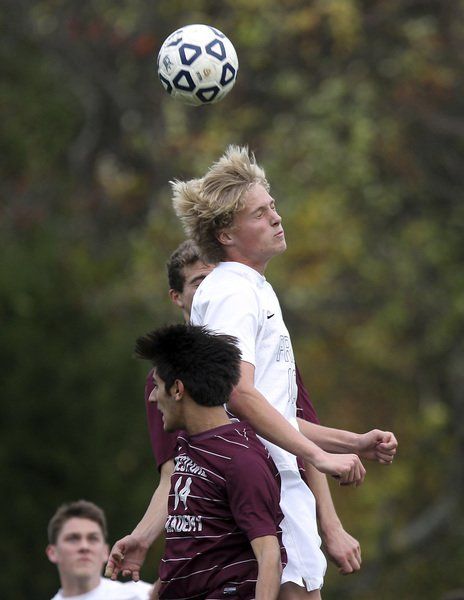 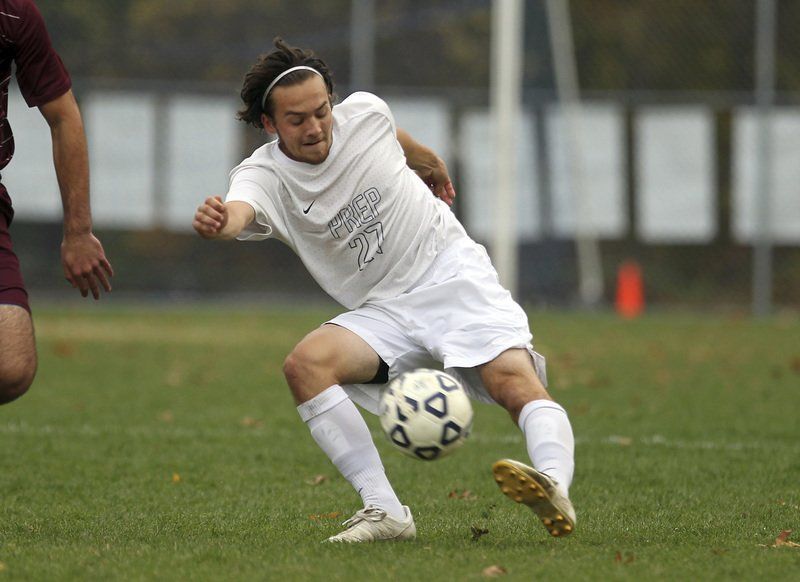 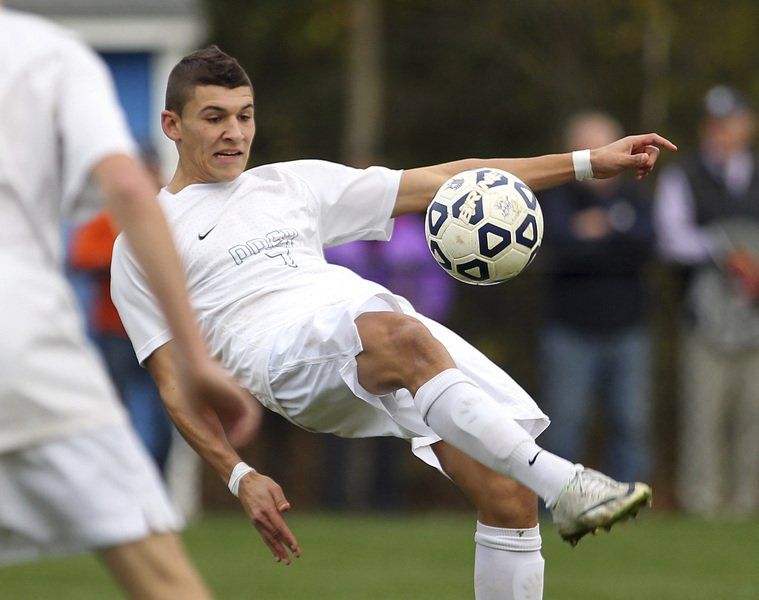 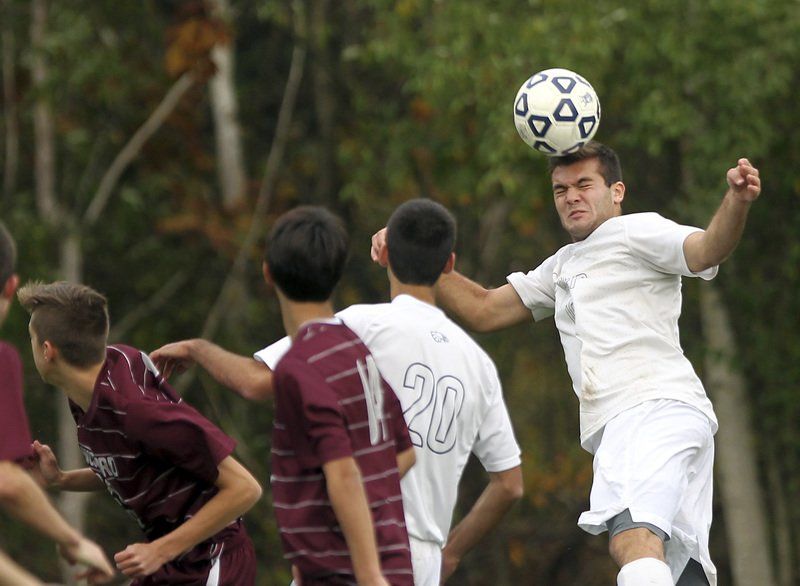 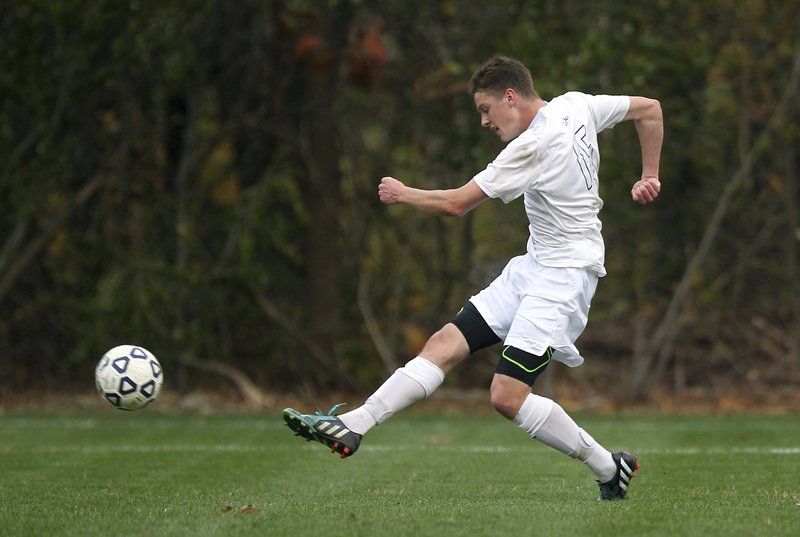 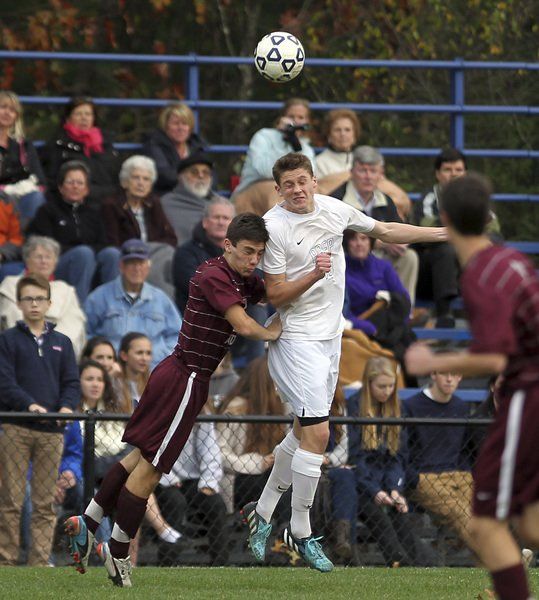 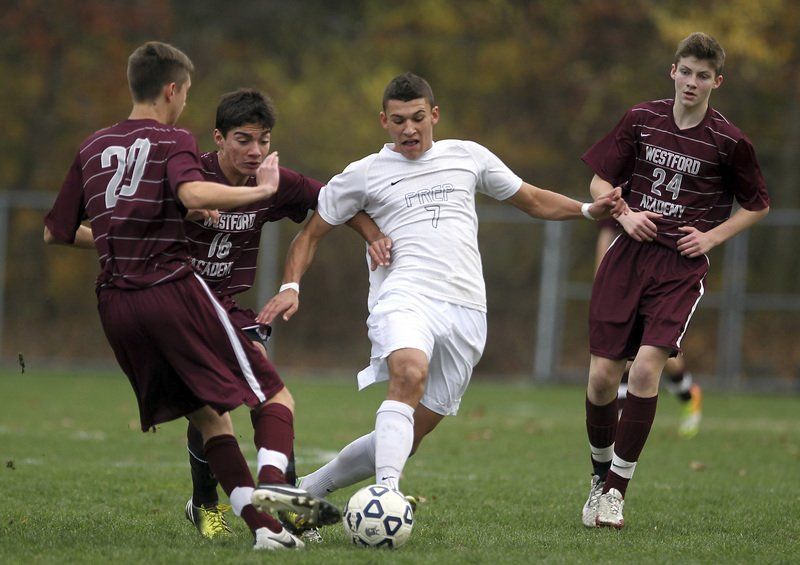 DANVERS — There's little margin for error in the state soccer tournament, especially in a bracket as competitive as Division 1 North.

The St. John's Prep soccer team put itself in a position where any late errors wouldn't cost the Eagles the game with a strong first half in yesterday's quarterfinal tilt.

They also understand that despite the 2-0 win over Westford Academy, the opponents only get stronger from here, meaning second half mistakes can't happen late in the playoffs.

"We had a great first half. Our second half is not where it needs to be as we go forward," said St. John's Prep head coach Dave Crowell. "I know a lot of people think since we won 2-0 there's nothing to complain about, but we're going to have to get better.

"We struggled to string passes together. It wasn't because of a lack of effort, just technically we weren't as strong in this game as we needed to be. The bottom line is we survived and advanced."

The fourth seeded Eagles (16-1-3) move onto the semifinals for the third time in as many seasons. They'll face the winner of Saturday's Malden/Framingham contest at Manning Field on Tuesday (time is TBA).

A pair of first half goals by the Prep was the difference in the game. The Eagles maintained possession early on, created chances and capitalized on their runs.

Like its done so many times throughout the regular season, the Prep is a team that'll make you pay on set pieces.

Just 15 minutes in, with his back to the goal, Pat Foley connected on a corner kick from Bredan Beuchert that soared over the Westford Academy's goal keeper.

Less than 10 minutes later, strikers Paul Magazzu and Foley broke into the offensive zone on the right side on a give and go. Magazzu found Aidan Robinson on a cross inside the box. Robinson's first attempt was knocked away by the keeper, but off his own rebound knocked the ball in to the far left corner.

"Aidan was right where he was supposed to be on the back post. It's something we've been working on in practice recently," Crowell explained. "If we could've done more of that play, we would've been just fine."

The Prep had a few chances in the second half, but not nearly as many as early on. Foley had a shot the rang off the crossbar and the Eagles had a goal get called back after being off sides.

"Westford had a game plan and they followed it. They nullified us for a while," added Crowell.

The Grey Ghosts were limited offensively, putting three shots on net. The Prep does a good job of defending as a team, but its back line of senior captains Stephen Heintz, Peter Kilcommons and Beuchert is one of the best defensive cores around.

"We really rely on everyone, especially at this point." noted Kilcommons. "Westford dropped an extra guy in late. It was a little lopsided there, but we kept communicating to stay organized."

Behind a strong effort from the defense and help from keeper Zach Rowell, the Prep picked up its 13th shutout of the season.

Junior midfielder Harry Cusack rolled his ankle midway through the second half. It's uncertain whether he'll play in Tuesday's quarterfinals, but luckily for the Eagles — they're depth is what keeps them going.