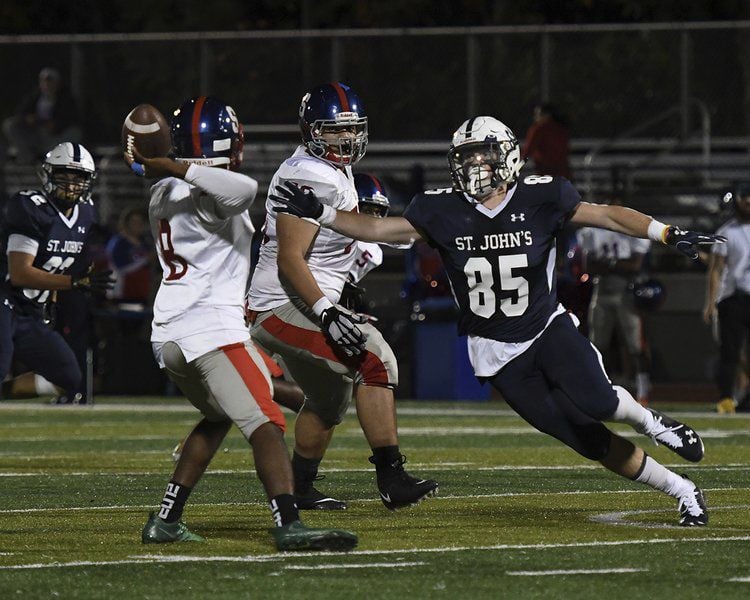 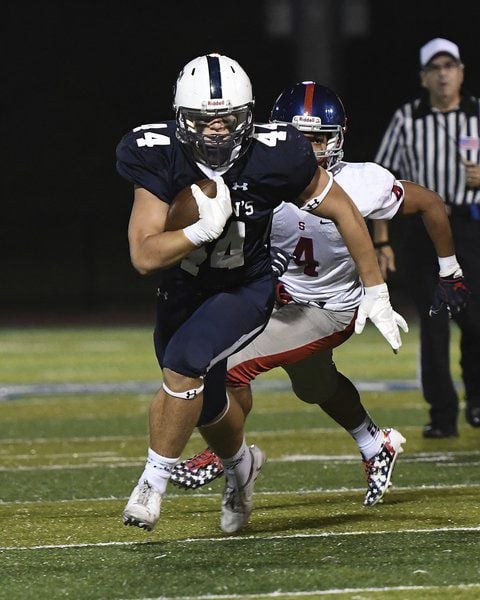 Senior Nick Masterson can open up holes as a blocking back and run through them as a bruiser for the undefeated Eagles. Rose Raymond photo 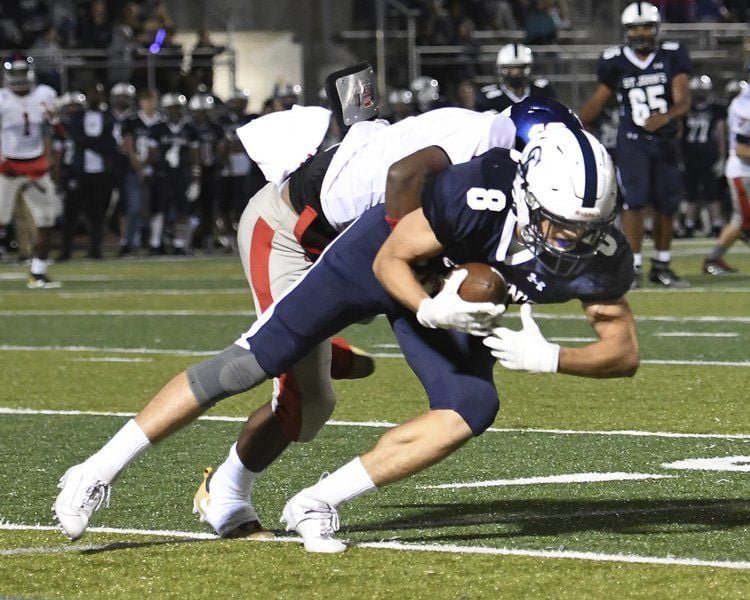 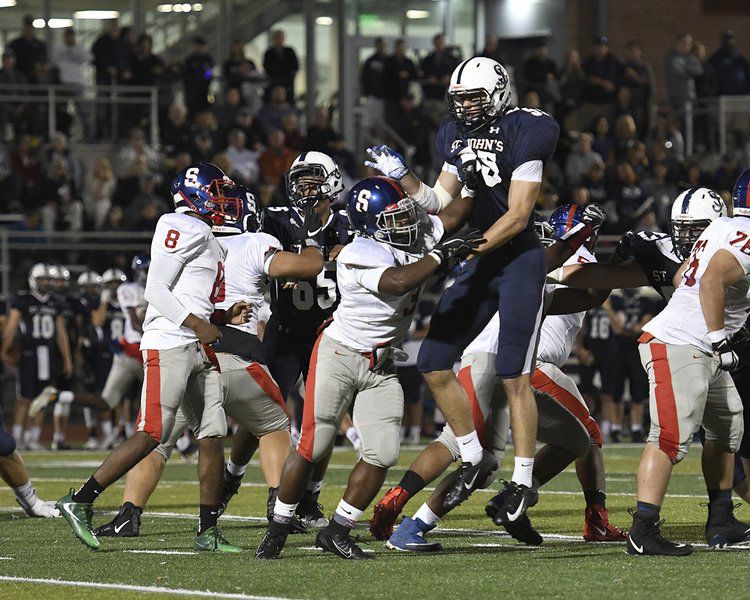 Collin Taylor breaks though the line for St. John's Prep in their home win over Somerville. Rose Raymond photo 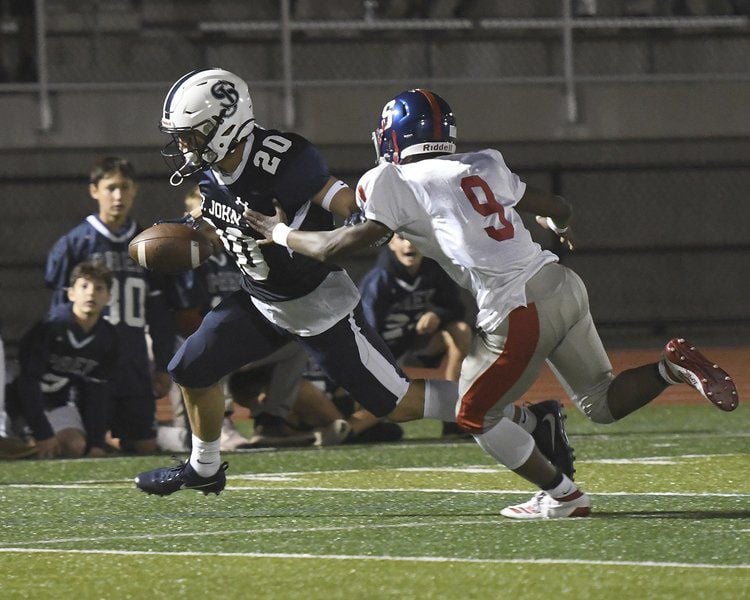 Senior Nick Masterson can open up holes as a blocking back and run through them as a bruiser for the undefeated Eagles. Rose Raymond photo

Collin Taylor breaks though the line for St. John's Prep in their home win over Somerville. Rose Raymond photo

DANVERS — Picking up the fourth straight win of the season was no problem for St. John’s Prep’s football team.

The Eagles shot out to a 21 point first quarter lead and were up by four scores before Somerville got on the board. The Prep went on to win, 47-22 with the starters having an early night under the lights at Cronin Stadium.

St. John’s did it without leading rusher James Guy, who was dressed by didn’t play because of an ankle injury suffered in practice, and injured senior running back Pat Nistl.

QB Matt Crowley, whose night was over well before halftime, threw a 16-yard TD pass to Matt Duchemin on the Eagles first drive. The Eagle defense chipped in with two pick-6’s, the first by Jonathan Bunnell and second by Nick Baldini.

Senior Nick Masterson stepped in as the feature back in the early going, gaining 51 yards on five carries and scoring a touchdown.

“I really appreciate Somerville stepping up to fill our open date (Everett dropped St. John’s),” head coach Brian St. Pierre said. “Our ones did what they had to do, and I began subbing in the first quarter. Masterson did a good job running the ball. He’s a good fullback and doesn’t usually get the ball a lot, but he took over and ran hard.”

The Eagles were in total command by halftime with a 35-15 lead. The Highlanders had trouble moving the chains, but were able to put up three touchdowns on long passes. The first was a 63-yard catch by Wady Jimenez Santana, just 16 seconds after Baldini intercepted a pass by Louis Jacques Montina and ran it back 32 yards to give the Eagles a 28-0 lead.

Bunnell took over under center for Crowley in the second quarter and led his team to a 35-8 lead when junior Max Laplante crashed in to the end zone from a yard out. Matt Stewart barreled in from the two to cap the third quarter opening drive, and impressive freshman Carson Harwood raced 12 yards for the final score.

“Guy could have played if we were in the playoffs, but I thought it was best to keep him out this week,” said St. Pierre. “Joenel Aguero broke his ankle and is out indefinitely. We used a lot of different kids in this game, and I saw some good things as well as some not so good.

“It’s important to get Bunnell some work, and he played well along with getting that pick 6. He’s a linebacker and a quarterback which is a rare combination. Baldini also had a pick 6, and he’s been very consistent at linebacker all season. Harwood is big, strong, and fast; he looked good.”

The Eagles travel to Westford Academy next Friday for a game that has been changed from 7 p.m. to 3:45. Glatz Field and the surrounding area were sprayed Thursday as a precaution against triple E.