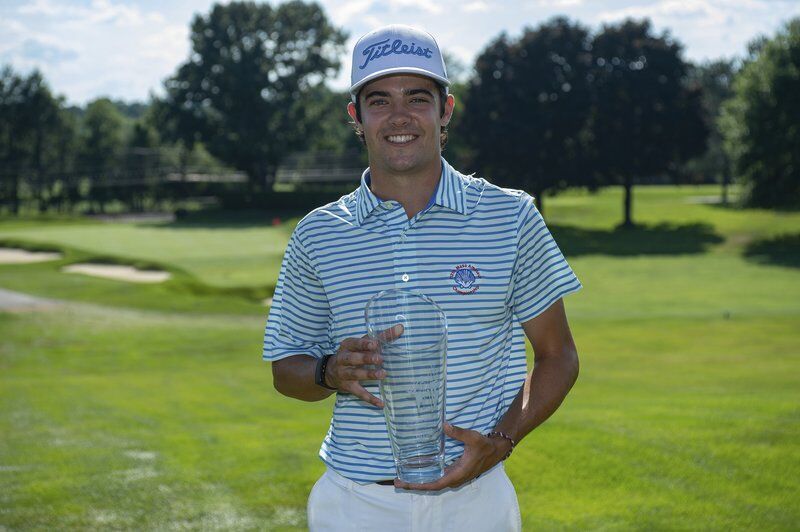 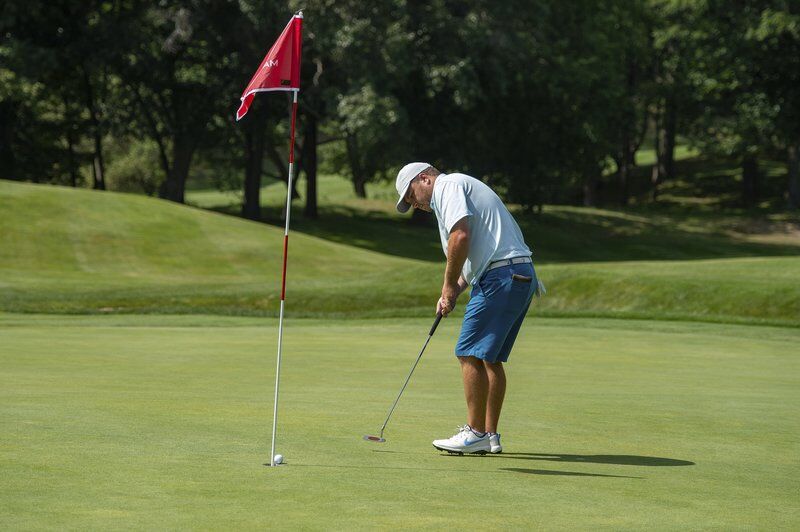 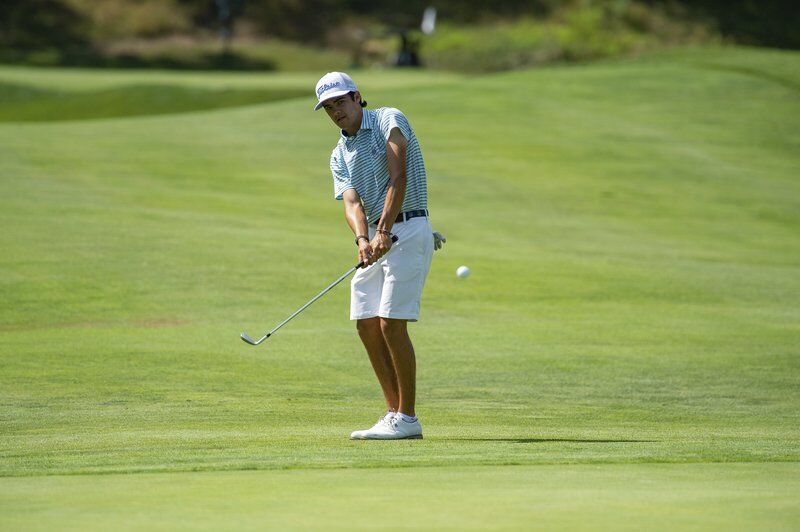 David Colt/Mass Golf. Chris Francoeur follows through on a chip shot during his final round of the 53rd Ouimet Memorial Tournament. Francoeur birdied his final two holes of the day to top Nick Maccario by one stroke for the win.

David Colt/Mass Golf. Chris Francoeur follows through on a chip shot during his final round of the 53rd Ouimet Memorial Tournament. Francoeur birdied his final two holes of the day to top Nick Maccario by one stroke for the win.

Considering the way Chris Francoeur has been swinging the golf club, it was only a matter of time before he broke through for a marquee victory.

Competing in amateur golf's Ouimet Memorial Tournament, Francoeur carded a brilliant 5-under par 66 in his final round to steal yet another title away from good friend Nick Maccario. It was Maccario's third consecutive runner-up finish after claiming second at both the Massachusetts Amateur and New England Amateur Championships earlier this month.

For Francoeur, it was a well deserved victory capped off by an impressive 25-foot birdie putt on his final hole to one-up Maccario and take home the cup by a single stroke. Maccario had birdied his final hole as well, finishing his round just minutes before Francoeur matched him for the win.

"My dad told me after my second shot on 18 that Nick (Maccario) had made birdie to get to -9, so I knew a birdie would win it," said Francoeur, who followed up an even par 72 on Wednesday with a 67 Thursday and the 66 to round things out. He and Maccario were tied at -9 as Francoeur readied for his final hole.

Maccario turned in nearly identical scorecards throughout the week, coming in at 73-67-66 en route to runner-up honors.

"It feels awesome," added Francoeur, who advanced to the semifinals of the Mass. Am. a few weeks back. "I've come close a lot this summer and it just feels great to finally come through with a win."

Francoeur entered the day with a two-stroke deficit and saw that number balloon to as many as four before making the turn. But the former St. John's Prep star remained steady, making birdies on the first, second and fifth holes to head to his back nine at 1-under par on the day.

Then, down the stretch, Francoeur managed five more birdies, including one on each of his final two holes, the latter of which helped him close out the championship in style.

The winning putt came as somewhat of a surprise to Maccario, who had watched Francoeur hit his tee shot into a fairway bunker on 18. But Francoeur lucked out with the lie and was able to hit a smooth approach safely onto the green before canning the putt under pressure.

"You have to expect it, right? Especially this year, I kind of just expect that to happen," admitted Maccario, also a former SJP standout. "But what was more impressive was looking back he hit in the fairway bunker off the tee. I had been there in years past and know it's not easy, so birdie wasn't really at the top of my head for him. But he's a great golfer, and I told him after that if I had to lose to somebody I'm glad it was to a Prep kid and it was good to see him win. He's a dangerous player."

For Francoeur, his 18th hole tee shot sailing into the sand was a bit of a surprise, too.

"I hit a 3-iron to lay back to a number (distance) I liked, but I hit it too far into the bunker," recalled Francoeur. "I didn't think I could reach it but thankfully I had a good lie and a good yardage and hit a good shot."

Francoeur used a 58-degree wedge from about 125 yards out from the sand. It was a championship shot for a championship caliber player, one that Francoeur won't soon forget.

While it was certainly another disappointing finish for Maccario, he's undoubtedly been playing some stellar golf this season -- perhaps the best of the 28-year-old's career. He made seven birdies on the final day and just two bogeys after a somewhat lackluster start on Wednesday.

"It's weird because the 73 the first day was as well as I could've shot, and the 67 the next day was probably the highest I could've shot," said Maccario. "I felt like I got a lot more out of my 73 than the 67, I just missed some putts on that second day. But this whole year has been a lot of what ifs, and overall I'm really happy with how I've played. Consistency is the key with golf and I've been pretty consistent."

Fittingly, Francoeur and Maccario will be paired together at next week's 55th annual Hornblower Memorial Tournament at Plymouth Country Club. There's no question that both guys are currently two of the top amateur golfers in the state, and they'll look to continue that trend as the calendar turns to August.

In the Lowery (Senior) Division, Frank Vana, Jr. wrapped up a dominant week of golf with a 3-under par 68 to claim the crown by a whopping 10 strokes. The Boxford native birdied the first, seventh, 10th, 14th and 18th holes to secure his second best round of the tournament after a 5-under 67 at Framingham Country Club on Wednesday.

Vana also won the Ouimet Lowery Division title back in 2018 and had previously won the Championship Division five times throughout his illustrious career.

In the Women's Division, Anne Walsh secured the win at 3-under par total, beating out Rebecca Skoler (+1) thanks to a 2-under 69 on Friday.